Helichrysum (Helichrysum) , another name is immortelle or cumin . A genus of perennial and annual herbs of the Compositae or Aster family (Asteraceae). About 500 species growing in Africa, Australia, the Mediterranean, a small part – in Europe.

Description of the Helichrysum flower

Helichrysum, immortelle or cumin – perennial and annual herbs of more than 500 species, grow mostly in tropical and subtropical regions of Africa, Asia and Australia. About 30 species are used in culture. 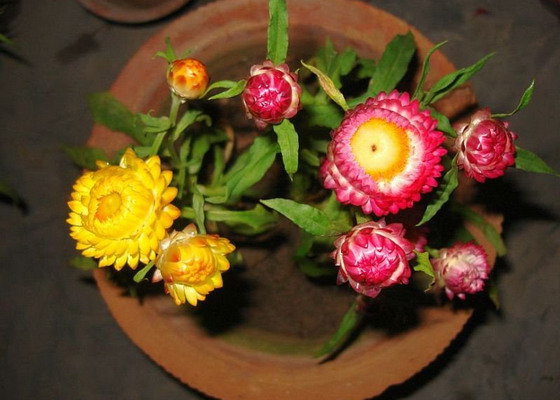 Helichrysum in the photo (at home).

Plants 80-100 cm, rarely up to 30 cm, tall with branched erect stems, narrow alternate, sometimes lower opposite leaves, form a slightly sprawling bush. Helichrysum flowers are small, tubular in the center and tubular-filamentous along the edges of the inflorescence, collected in baskets up to 7 cm in diameter. The leaves of the involucre are often brightly colored, purple, pink, yellow, bronze, red-brown. Blooms profusely from July until frost. It is grown for cutting to create dry flower arrangements, used for landscaping in flowerbeds, in mixborders and rock gardens.

The helichrysum flower got its name from the Greek words ‘helios’ – the sun and ‘chrysos’ – golden, for the leaves of the wrapper of the inflorescence of bright colors. Its other name, immortelle, reflects the peculiarity of flowers for a long time to keep their shape and color when dried.

Some common types and varieties of helichrysum in the photo

Many varieties of this plant have been bred, low (up to 25-30 cm) and large (up to 110 cm), with large, often double inflorescences.

Helichrysum bracts (N. bracteatum (Vent.) Wild), perennial, we have grown as an annual. 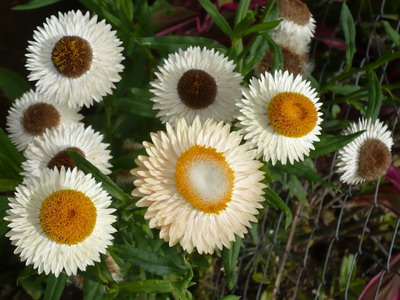 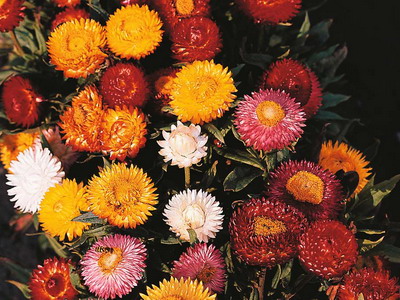 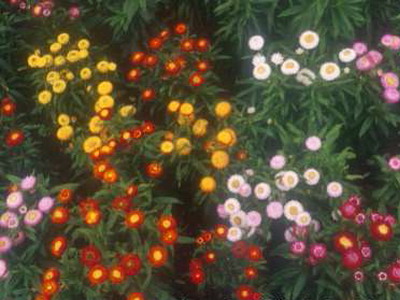 There are smaller plants – the well-known variety of helichrysum Silver Rose , up to 70 cm, with an original silver-pink color. 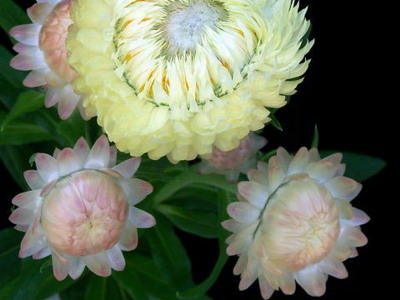 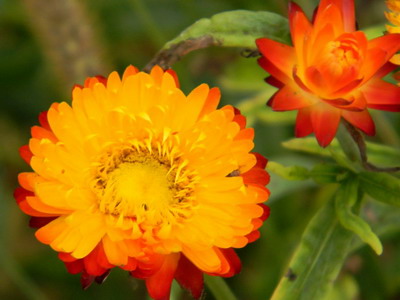 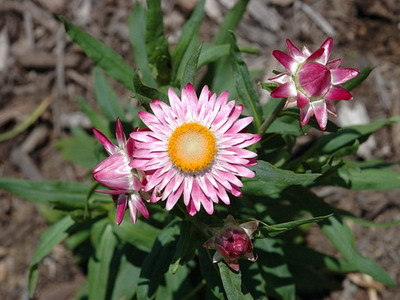 For the design of discounts and borders, undersized ‘Hot Bikini’ (up to 30 cm), ‘Moreska’ (up to 45 cm), a compact Shiko variety are used. 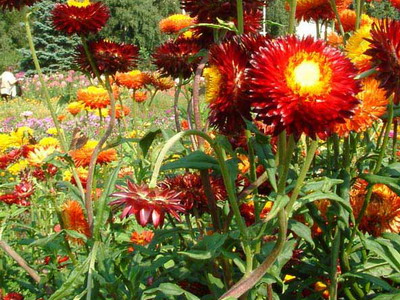 Ampel helichrysums are popular, suitable for growing in hanging planters and baskets. 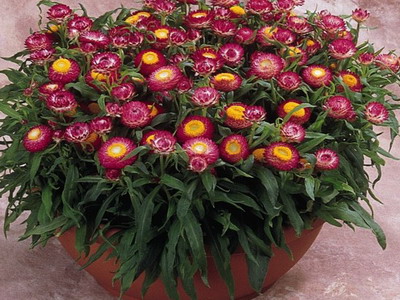 Helichrysum petiolate (H. petiolare) , with gray pubescent heart-shaped leaves and creeping stems. This perennial , grown in our gardens as an annual, is less drought-resistant, decorative only with timely watering and regular feeding. 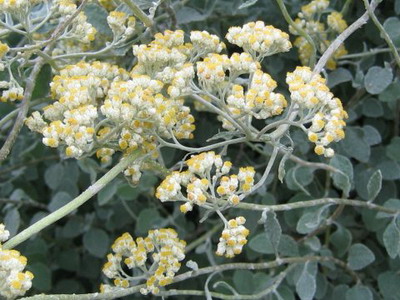 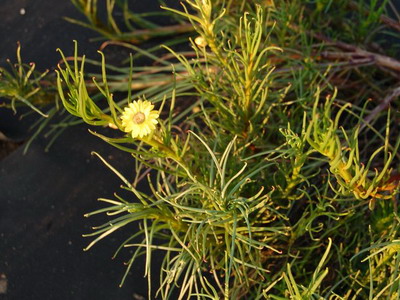 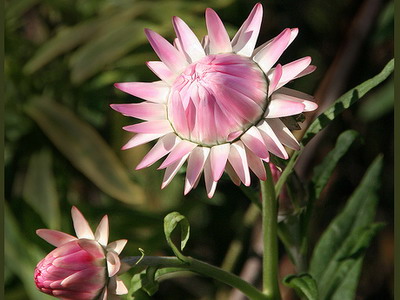 Some types of helichrysums are more frost-resistant and are grown as perennials in dry, sandy soils in sunny places. Below are photos of helichrysum with the name of the species. 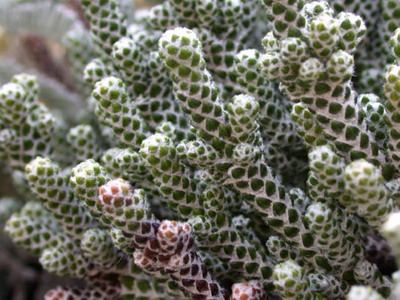 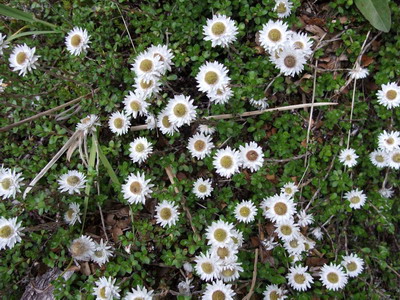 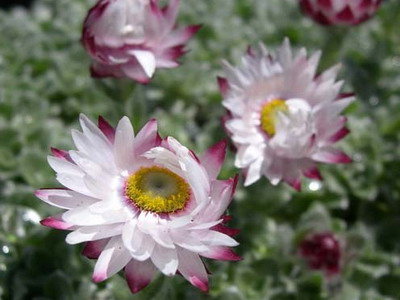 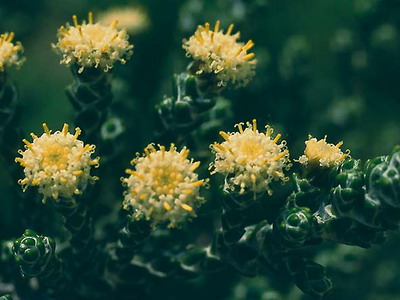 All species are compact, grow well and are very attractive on alpine hills, in rocky gardens.

Care, reproduction and planting of helichrysums

Helichrysums grown in an annual culture are quite unpretentious. They require a sunny location, light fertile soil, do not tolerate waterlogging and stagnant water. To obtain large inflorescences, plants are fed once every two weeks with a complex mineral or organic fertilizer; in tall varieties, the central shoot is pinched over 5-6 leaves. Helichrysum is drought-resistant, requires watering only in dry, hot weather. Otherwise, care consists only in regular weeding and loosening.

Perennial helichrysums are more whimsical. They do not require pinching, but are less drought tolerant and need shelter for the winter. Some species are grown in pots and containers, they need to be watered and fed regularly, and brought indoors with the onset of cold weather.

Annual helichrysums are propagated by growing from seeds. Most varieties are sown in March for seedlings. After 8-10 days, shoots appear, at the age of 2 weeks they dive and at the end of May they are planted in the ground at a distance of 15-25 cm. Helichrysums, which are planted by seedlings, bloom in mid-July. It is possible to sow helichrysum seeds in mid-May, especially undersized species, directly into the ground, but then the plants will bloom in the second half of August.

Perennial herbaceous helichrysums reproduce by spring division of the bush, shrubs – by summer cuttings. Harvested cuttings are planted in a substrate of sand, earth and peat in a ratio of 2: 1: 1, regularly moistened, after the formation of roots they are planted in pots or in the garden.

Not so long ago, one of the companies in the United...
Read more