Hawkweed (lat. Hieracium)is a herbaceous plant of the Compositae family. The genus includes more than 1000 varieties, which are low flowering plants with fleecy stems and leaves. In the upper part of the shoots, single inflorescences develop – baskets.

This culture grows in natural conditions in Scandinavia, Russia, Great Britain, the USA and in many other countries. It grows mainly in rocky open areas, often settles in fields, meadows, in the foothills. 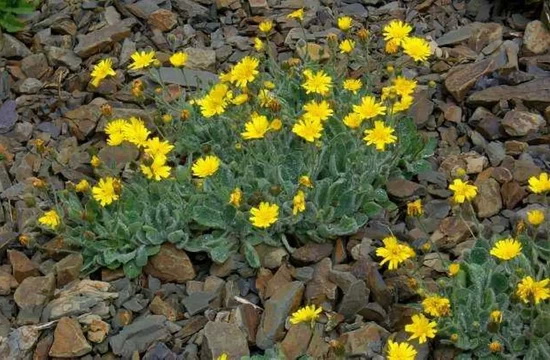 Hawkweedis a plant with a thin straight stem 20–50 cm high. It has a well-developed creeping rhizome that forms numerous thin branches. Leaf plates are oval, slightly elongated, pointed at the end, with a serrated or even edge. The leaves of the hawkweed are formed in the root zone, forming a dense lush rosette. The color of the foliage can be solid green, or with dark brown and purple stains on the surface. The stems and foliage of this culture are covered with small glandular hairs.

The genus Hawkeye includes many species, but only a few of them are used in culture. The most popular varieties of this plant are described below.

Shaggy hawk (lat. Hieracium villosum). It bears the second name “fleece”. It is a herbaceous plant with a straight, slightly branching stem 20–40 cm high. The leaves are oval, pointed at the end, enclosed in a dense compact rosette. Inflorescences – lemon-yellow baskets. Flowering of this species begins in mid-summer, lasts for 2 months. Its difference from other varieties of hawk lies in the presence of a thick pile on the surface of the stems and leaf plates. Due to this feature, the plant acquires a silver tint and looks very beautiful. 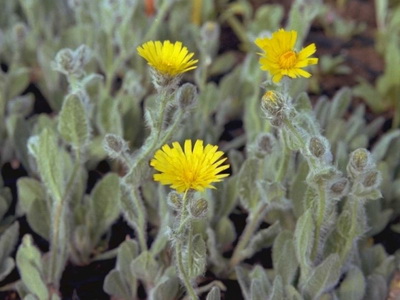 Hairy hawk (lat. Hieracium pilosella). A perennial plant, the height of which does not exceed 20 cm. A lush rosette of dark green leaves forms in the lower part of a straight, weakly branching stem. 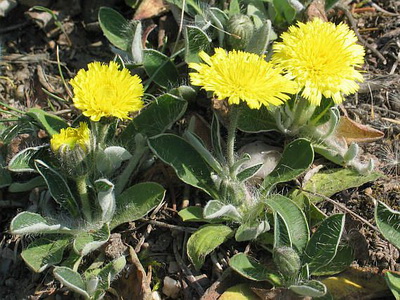 As you can see in the photo, the flowers of the hairy hawk are golden yellow, fluffy: 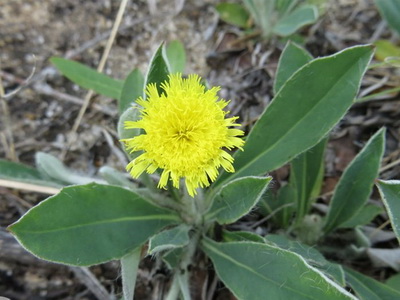 Flowering lasts throughout the summer. Withered buds quickly replace new baskets. The stems and foliage of this species are covered with sparse hairs. In the garden, this plant is used as a groundcover.

Orange hawk (lat. Hieracium aurantiacum). A compact shrub 25-30 cm high with straight stems and a rosette of leaves located in the basal part of the plant. The leaves are oblong-oval, deep green. Stems and leaves are covered with gray hairs. Inflorescences are large, bright yellow or orange. They appear on the tops of the stems from June to August. This species is often grown in the gardens of domestic flower growers. In some countries, it is recognized as a dangerous weed that can drown out other nearby plants. 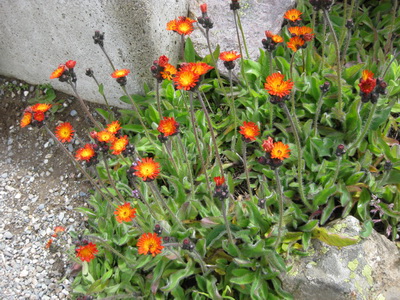 Lachenal’s hawk (lat. Hieracium lachenalii). Differs in wide oval foliage elongated at the base, which is enclosed in a basal rosette. Inflorescences of light yellow color. Stems and leaf blades are covered with short stiff foliage. 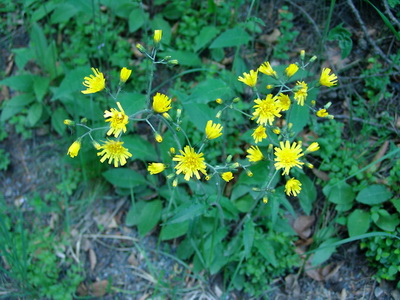 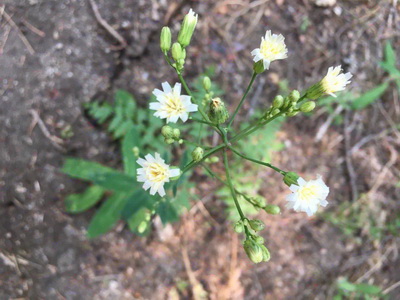 This culture is propagated with the help of seeds, stolons and by dividing the bush into parts. The first way to get new plants is the easiest. From faded bushes I collect seed, then planted before the onset of cold weather in open ground.

During the winter months, the seeds undergo natural stratification, and with the onset of warm spring days, they hatch. The grown seedlings dive to the place intended for them in the flower garden, leaving a distance of about 30 cm between the bushes.

You can plant seeds on the site in May, after the frosts recede and stable warm weather is established. Crops should be moistened as the earth dries. After the sprouts get stronger, they are transplanted to the selected area and continue to care. 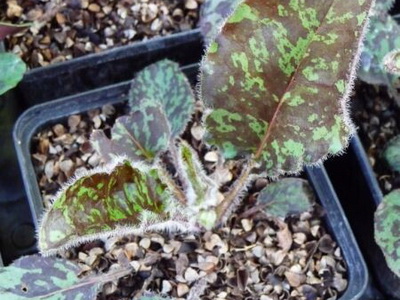 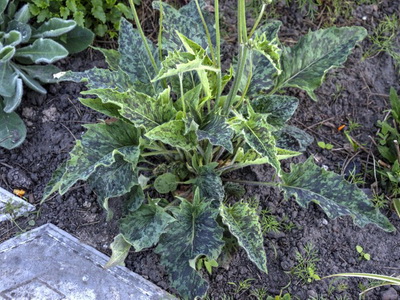 If the gardener is already the owner of a perennial overgrown hawk bush, you can dig it up in early spring or autumn after flowering, divide it into several seedlings so that each one has healthy roots, and transplant it into planting pits.

The divisions of this culture quickly adapt to a new place, and soon after transplantation continue to grow and form buds.

Reproduction of the hawk by stolons is also successful if the rules for this work are followed. First of all, it is worth understanding that stolons are elongated shoots lying on the ground with a small rosette of leaves at the end.

This shoot is carefully cut off and transplanted into the hole, slightly deepening. After planting, watering is carried out. Soon, roots should appear at the outlet.

The hawk is an extremely unpretentious plant in terms of growing conditions, so even an inexperienced gardener can handle its breeding. The main thing is to follow the simplest recommendations for growing this flower, then it will bloom profusely and for a long time.

As for harmful insects, most often the hawk suffers from the invasion of aphids and gastropods. Sometimes the plant is damaged by the larvae of some butterflies that feed on its juice. Having found pests, you should spray the flower with insecticides. 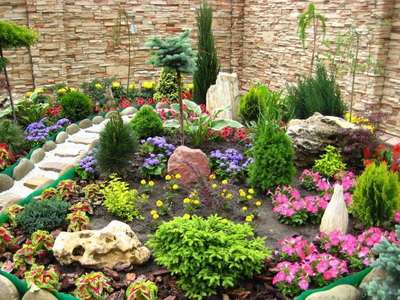 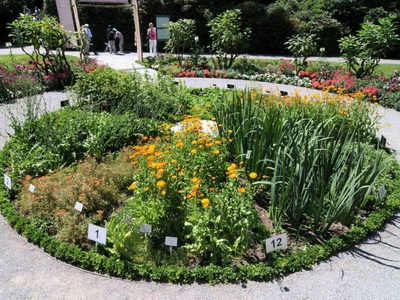 Unpretentious grass with golden baskets, due to its unpretentiousness and ability to grow in any corner of the garden, has found wide application in landscape design. It is developing rapidly, covering large areas of the site, decorating and enlivening nondescript empty places.

The flower harmoniously looks in many compositions with other ornamental plants, adding brightness to them. 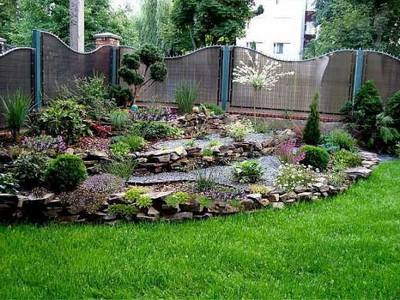 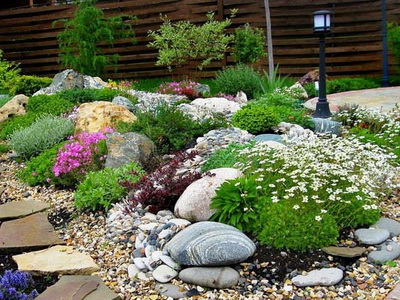 The best partners for the hawk are other unpretentious flowers that can grow in similar conditions, for example, saponaria, saxifrage, gaillardia, pyrethrum, helianthemum. 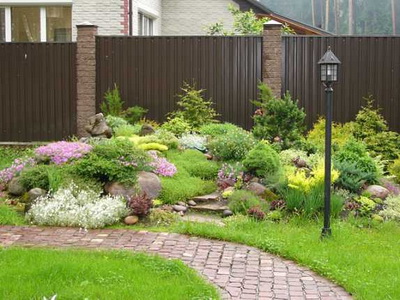 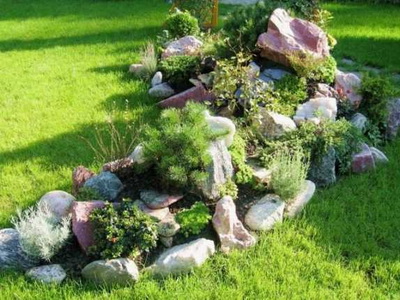 The hawk is planted between garden trees and shrubs to fill in the existing voids and add brightness and variegation to the site.

Many types of hawk have found application in folk medicine. From the dried parts of the herb, medicinal infusions and decoctions are made, which are used for sore throats, diseases of the gastrointestinal tract.