How to plant dahlias from seeds, from seedlings and from tubers 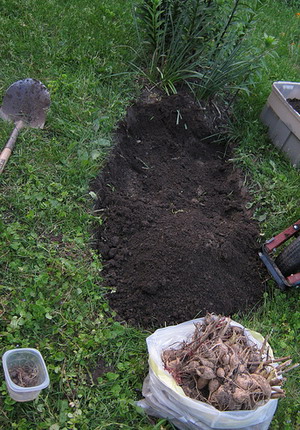 A place for planting dahlias is chosen sunny, protected from the winds, with good drainage. The plant prefers humus-rich, neutral or slightly acidic soil, sandy or loam.

To prevent the occurrence of diseases, it is recommended to choose a new site for growing dahlias in 1-2 years, or to replace the soil in the planting hole, in the amount of at least 1 bucket per bush.

Most often, flower growers practice growing dahlias from tubers. To do this, two weeks before planting, delenki are taken out of the basement, laid horizontally in transparent bags and placed in a warm, bright place for germination. A week later, the tubers are slightly moistened, stimulating the appearance of young roots.

It is important to choose the right time for planting, as you need to plant dahlias in such a way that young sprouts do not fall under return frosts. This is usually done from June 1 to June 10, but it can also be done in early May, when the soil is cold enough, moist, and the root system develops better. In this case, the sprouts, in case of a threat of freezing, are covered with a spunbond or other insulating material. When using unsprouted tubers, planting dates can be even earlier and are determined by soil temperature – about +10 °C. When sprouts appear before the onset of stable heat, they are also covered.

The shoots are planted in previously prepared holes filled with humus. Experienced flower growers recommend laying them horizontally, placing the root neck 3-5 cm below the soil level, which creates conditions for the development of new roots from the shoot and the development of young tubers suitable for reproduction.

After planting tall varieties , it is better to immediately install supports for the garter so as not to injure the root system in the future. 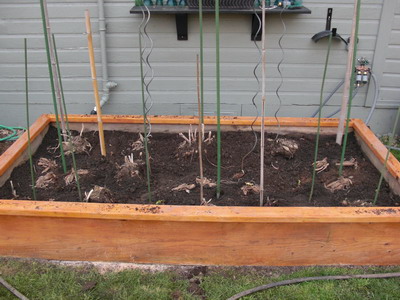 To obtain early flowering, especially in areas with a cold climate and late frosts, you can grow dahlia seedlings . To do this, the delenki are taken out of the basement at the end of March or the beginning of April, laid out horizontally in transparent bags, slightly moistened, tied up, leaving a small hole for air access, and placed in a warm, bright place. Under such conditions, strong short sprouts quickly form, after which the plants are planted in separate containers with soil, or wet sawdust is poured into bags, intensive lighting and minimal watering are provided. Ready pre-watered seedlings are planted with a clod of earth in prepared and fertilized holes in mid-May, covering with a threat of frost, or in early June. Dahlia seedlings take root well, regardless of whether they were grown separately or in a common container.

Another method of propagation, cuttings, is more laborious, but allows you to get many young plants from one tuber. Bushes grown from cuttings are more compact, bloom a little later, but more abundantly, with large flowers with a more saturated color. 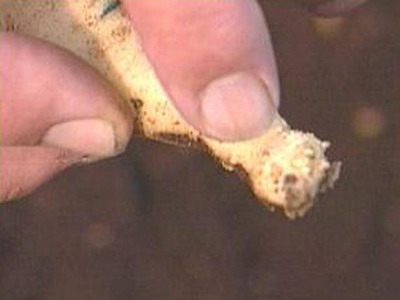 For cuttings, the best tubers are chosen without signs of disease, in January or February they are transferred from storage to a warm room, planted in the ground without falling asleep the root collar. As a soil, humus, peat, sand and sod land are recommended in equal proportions.

It is better to increase the temperature in the room gradually, over 2-3 days, from 15-17°C to 18-20°C. For rooting, cuttings appearing 10-15 cm long with short internodes are used. They are cut with a sharp knife before or after the first internode, after which the plant forms new growth buds, so that up to 30 cuttings can be obtained from one tuber. Rooting is carried out by planting cuttings in the soil of the same composition as for tubers.

For better root formation, the lower part can be treated with stimulants, for example, heteroauxin. Before the plant begins to grow, it is provided with the necessary level of humidity by spraying it regularly, or by covering it with polyethylene or a can, i.e. by building a mini stalk. The grown plants are planted in the ground at the same time as the seedlings.

Dahlias are grown from seeds only when new ones are bred and undersized non-double or semi-double varieties, the so-called “fun guys”, are propagated. When sown in the ground in early May, flowering occurs in August, so the seeds are sown for seedlings in early April and grown in the same way as any annual crops.

Growing and caring for dahlias

If you properly store and plant dahlias, caring for them in the future is not difficult, it consists in weeding, watering and top dressing. After the sprouts reach 10-15 cm, they are spudded, which contributes to a better development of the root system. Hilling can be done several times during the growing season.

Dahlias are drought-resistant, during the growth period it is enough to water them once a week, soaking the soil to a depth of about 30 cm, watering is stopped from mid-August.

For more lush flowering, plants can be fed with mineral or organic fertilizers, but not earlier than a week after planting, after watering abundantly. You can feed until September, 1 time in 10 days.

Caring for dahlias includes several special techniques: tying to supports, as well as pinching and removing stepchildren. So that the plant blooms earlier and does not thicken, and the flowers are large, it is formed into 2-3 stems for those grown from a tuber, and into 1 stem for cuttings, and the lateral stepchildren are also removed to a height of up to 30 cm. For better tillering, 3 weeks after planting pinch the main stems. All these techniques are used when growing varieties with a height of more than 80 cm. Low-growing varieties require only pinching of the main stem at a height of about 30 cm.

To obtain larger, but not so numerous flowers, tweezing is used, i.e. pinch off the lateral (axillary) buds, leaving only the central one. 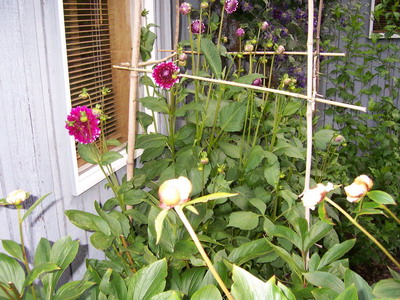 Dahlias are dug up after frost and the complete death of the aerial part, usually at the end of September. The stems are cut 3-4 cm from the root neck, the tubers are washed, dried and removed for winter storage.