Proper pruning of clematis is one of the most important conditions for preserving the decorativeness of the bush, ensuring its long and abundant flowering.

Numerous species are not the same in structure and life cycle, and, accordingly, need different types of pruning, which made it possible to create a convenient classification of culture that is understandable to ordinary flower growers. According to her, there are three groups of clematis, differing in flowering time and the nature of the formation of flower buds, as a result of which they have a number of features in care , and, most importantly, in pruning rules.

Clematis of the 1st group combine a number of botanical species: 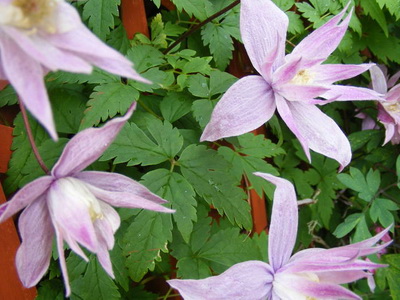 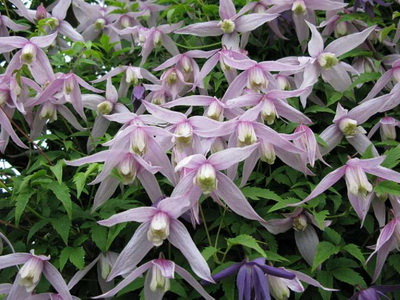 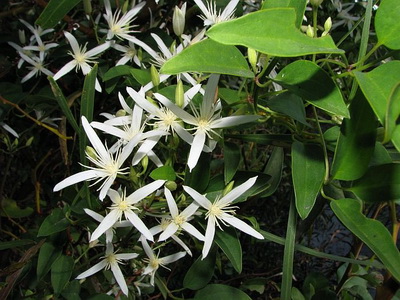 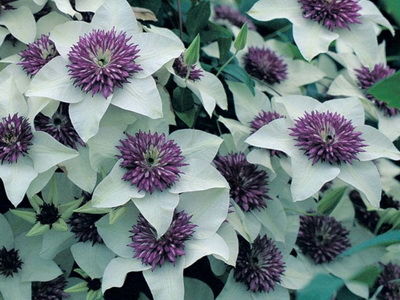 as well as hybrids: 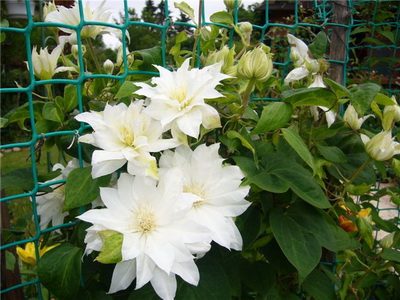 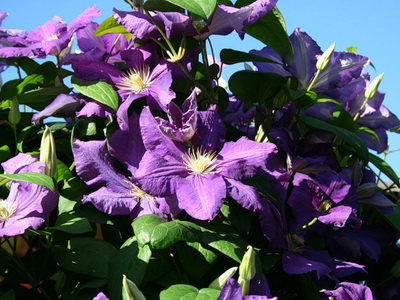 They are characterized by the laying of buds on the shoots of the previous year, annual growths form flowers rarely and in very small quantities. Clematis of the 1st pruning group, especially those related to botanical species, are quite easy to care for. You can not cut them at all, or do it in a minimal amount, removing weak, poorly developed and damaged branches in the fall. However, to maintain a compact and neat shape of the bush, experts still recommend annual pruning, which is carried out in the summer, immediately after flowering. During this period, faded shoots to be removed can be easily identified, and the plant has enough time to form a young growth on which flowers will bloom next year.

Botanical species are usually frost-resistant and winter without shelter, hybrids need protection from frost, but they are distinguished by beautiful large flowers, often have terry forms.

When cultivating low-hardy varieties of lash, before laying on the ground for shelter, they are shortened to 100-150 cm. Periodically, every few years, rejuvenating pruning of clematis is carried out. In autumn, all shoots are shortened almost to the ground, leaving only a few strong buds, and although such bushes will bloom weakly next season, they will fully recover in a year and take on a more well-groomed appearance.

Clematis 2 groups have two flowering waves, early, short, falling on May-June, with flowers blooming on overwintered shoots, and later, more abundant, lasting from mid-summer to frost, when new buds form on young annual shoots. This combined flowering pattern requires two-stage pruning. At the first stage, at the beginning of summer, when last year’s shoots fade, they are completely cut out, and then, in the fall, the shoots of the current year are cut off. If you want to get earlier flowering, annual shoots are shortened by about a quarter, removing the faded part, or to the first fully developed leaf, which contributes to more uniform flowering. If necessary, adjust the number of shoots in the bush, some of them are cut out completely. 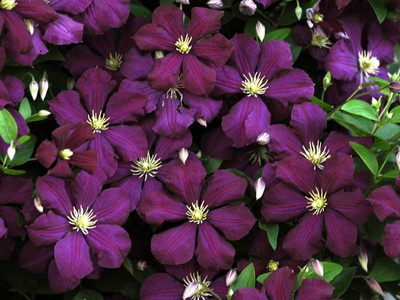 as well as some Patens and Florida hybrids, all of which usually require shelter for the winter. 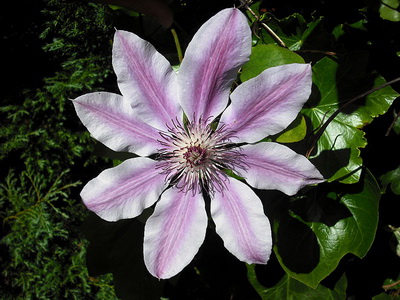 Clematis 3 groups bloom from July to autumn exclusively on annual shoots and are considered the easiest to care for. The technique of pruning them is so simple and clear that it is accessible even to a novice grower. Bushes are pruned in autumn or early spring, keeping 2-3 nodes on each shoot, i.e. approximately at a height of 20-50 cm from the ground. The more buds left, the more abundant the bloom will be, but the smaller the size of the flowers will become. When pruning at the root, the number of shoots will decrease, but the flowers will become larger. In herbaceous clematis, pruning for the winter consists in the complete removal of all shoots, since in temperate climates they cannot withstand frost and die. 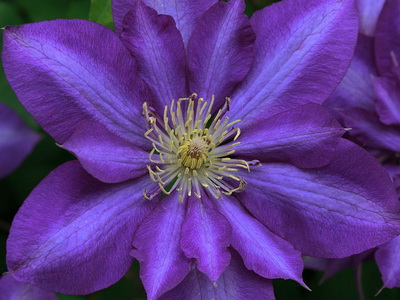 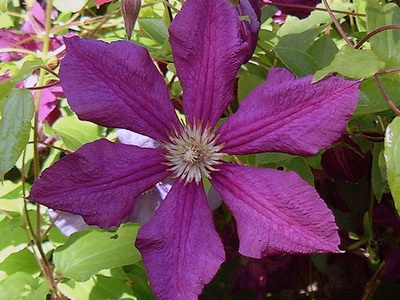 Also included here are all herbaceous species with non-wintering stems, such as straight (c. recta), etc.

Note that from a practical point of view, the availability of information about the group of pruning clematis of a certain variety, supplemented by information about the degree of its winter hardiness and height, is quite enough to organize the proper care of the bush, the belonging of the plant to one or another group of hybrids in this case is of interest only to a narrow circle of specialists.

Rules for pruning clematis for the winter in autumn

Clematis pruning in accordance with the rules described above is carried out starting from the third year of vegetation. Young annual seedlings of all groups are pruned equally. In autumn, before the onset of persistent cold weather, the shoots are cut off completely, leaving one bud above the ground, which stimulates the awakening of dormant buds in the root part of the flower and increases the number of lashes. If the next year the plant develops poorly, the same strong pruning can be carried out in the fall after the second year of vegetation.

To enhance the branching of the shoots, after the growth of annual growths begins, usually in the early days of summer, they begin to pinch them. Varieties of 1 and 2 pruning groups are pinched for the first time at a height of 20-30 cm from the ground, then – when the lashes reach 50-60 cm, and for the last time – after the bush grows to 1-1.5 meters. In clematis of the 3rd pruning group, the first pinching is carried out at a height of 10-15 cm from the ground surface, the second – as the shoots grow up to 20-30 cm, the final – at a height of 40 to 50 cm.

To trim the shoots, a sharply sharpened pruner or garden knife is used, which is disinfected every time after moving to the next bush, which avoids the transmission of infectious diseases from one plant to another. The cut is made 5-7 cm above the nearest kidney, it should be oblique, in this case water does not linger and accumulate on the cut ends, and they are less exposed to various rot.

Some varieties require regular thinning pruning. A well-developed bush should have about ten to fifteen lashes, however, in clematis with a high shoot-forming ability, their number can be much higher, which causes excessive planting density. In this case, it is necessary to regularly remove all weak, poorly developed shoots in the fall, bringing their number to the optimum, which will help the plant look more decorative and form many large, intensely colored flowers.

Finally, all varieties, without exception, require sanitary pruning, during which the bushes are carefully examined and, if they find branches affected by diseases or pests, they are completely removed, and then immediately burned.