Nasturtium: varieties for growing in the garden 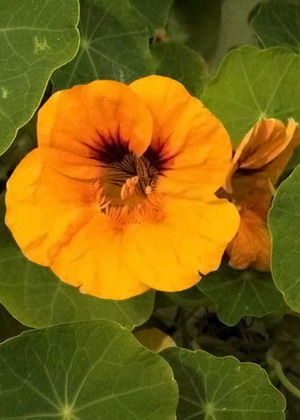 Description: These flowers grow in the highlands of South America, occasionally they can be found on the plains. Due to natural conditions, they do not require excessive heat. On the other hand, at the first frost, most of them die. Throughout the summer, they prefer a semi-shady position outdoors. There are both annuals and perennials in the genus, and perennial species can be divided into two groups: with fibrous roots and roots in the form of tubers. Everyone knows the rapid growth of such annuals as nasturtiums small and May, as well as their endurance to temperatures close to the freezing point. These species are also indifferent to soils, which leads to their frequent use in those places where you need to hide any unsightly places. 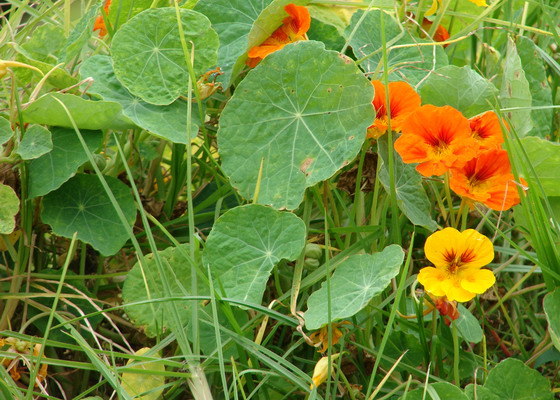 Nasturtium flower in the photo in natural conditions

“This beautiful climbing plant does not like the scorching sun and dry environment, and this explains the many difficulties that arise in the process of growing. A few years ago a friend of mine, who knew nothing about nasturtium, got some flower tubers from a similar old plant. On my advice, some of these were planted along the western wall of his garden, in front of which grew several walnut bushes and apple trees, so that in hot summer weather the sun could only shine on the nasturtium for a couple of hours during the day. The remaining tubers were planted along the north wall with partial shade, and a few more were planted at the west end of the house, where the full force of the midday sun was felt. In all three cases the soil was identical. Nasturtiums under walnut bushes and apple trees grew surprisingly well and bloomed as profusely as one would expect in the first year of planting. The growth of the flower on the north wall was not bad, but there were very few flowers, and in a sunny place, despite the fact that the roots sprouted a little, they began to rot as soon as the hot sun was constantly felt. There is no better evidence that nasturtiums are very capricious about location, and in southern countries there are even such gardens where it is difficult to meet all the conditions for growing this unusual species.

Soil type: after the planting site is chosen, it is necessary to ensure that the soil is loose and contains a little humus, peat and sand in accordance with natural conditions. In the summer, you can mulch the flower with humus or organic fertilizers to avoid excessive evaporation of moisture. Whatever fertilizer you use, it should decompose well. Young nasturtiums should be planted in spring, the roots should be placed at a depth of 15-20 cm. Nasturtiums should be watered abundantly.

The most famous, unparalleled in elegance, among all climbing plants. His origin is not exactly known. It is found throughout western South America from Mexico to Chile, but it has undoubtedly spread from the Andes. This species grows well in lashes in the shade or in the sun. It will find the best use when decorating verandas, gazebos, etc. Its stem is like a garland. The flower is also used to decorate city gardens. 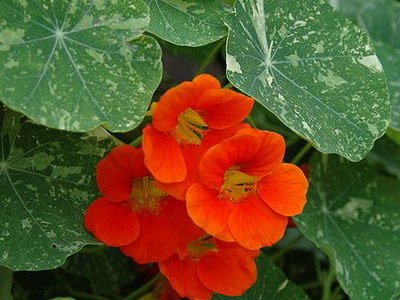 If you plan to propagate this variety, then the seeds should be planted in April. The best soil type is loam.

This unusual annual flower is known from nasturtium minor for its pubescent foliage, although they share the same yellow, scarlet, and crimson flowers. With this plant, you can hide the unsightly places in your garden. Seeds are recommended to be planted in mid-April. This species looks very impressive if planted scattered among shrubs. 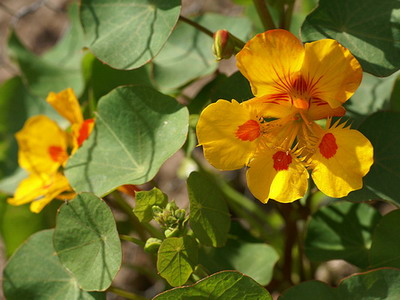 In the process of growth, they attach themselves to shrubs and twine around them, forming garlands of beautiful flowers that retain their beauty until the first frost.

Spectacular annual that quickly begins to bloom. Its feature is a long duration of flowering. Small flower forms thrive in poor soils. Their rich shades look great in bulk. Also noteworthy is that this plant will always have abundant flowering. All gardeners who love rich color combinations will find this dwarf variety very valuable among all the varieties available today. 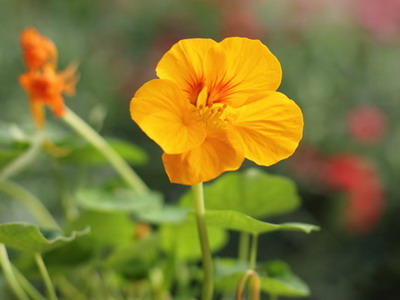 A fast growing creeping species, the height of which is from 1.8 to 3 m. The shade of flowers is green-red. They can cover columns, walls, chains, arbors, etc. It grows well on the south side of the greenhouse or in any warm place. The most suitable soil type is light loam and calcareous soil. Reproduction is carried out by planting seeds. Homeland – Chile. 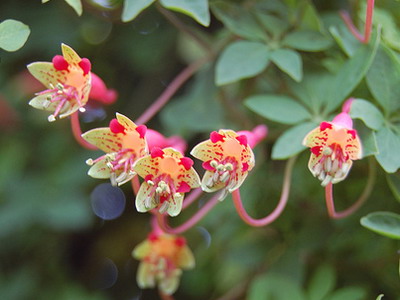 One of the most beautiful creeping plants of its kind. As the foliage forms into a dense carpet, its whorls of yellow flowers form united clusters and spirals. Its leaves are covered with bloom and resolve into small leaves. In a warm stone garden, the stem spreads like a snake, passing through neighboring vegetation, sometimes extending 1-1.2 m. The roots of the plant are tuberous. It appears early and dies too quickly, immediately after flowering. This is the only drawback of this flower. In general, the species is quite hardy and grows luxuriantly in different directions in the garden. 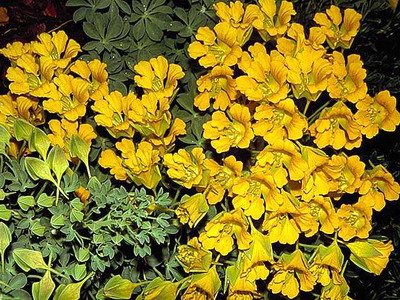 A special and beautiful tuberous creeping plant from Peru with thin stems from 3 to 3.5 m in height and an abundance of variegated scarlet and yellow flowers on thin cuttings. Curly Nasturtium blooms late, and blooms are often spoiled by frost, but if the autumn is not cold or the cultivation is in sheltered places, flowering is observed in November. It should be grown in open areas in poor soils. In the garden, the flower will leave its branches along the surface of the earth. Since it is not tolerant of all soil types, remove the tubers in autumn and place in a dry place until spring. 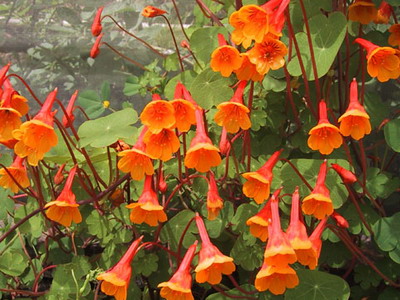