The first mention of the flower falls on 1828, when the English botanist John Leadley described the noble clivia (C. nobilis), found in the foothills of South Africa. 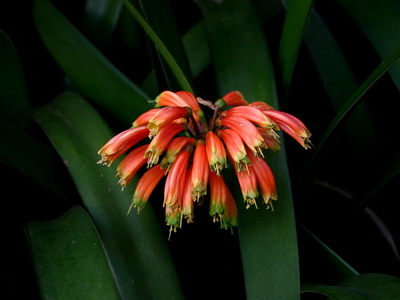 The most common of the species now grown around the world at home, matte red clivia (C. miniata), was discovered in 1850. 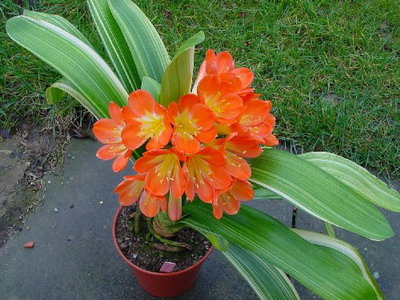 Shortly thereafter, an exotic plant came to England, where flower growers immediately appreciated its unpretentiousness and decorative qualities. Later, in Natal, the Cape Province, and other regions of southern Africa, several more species were found, most of which were also used as house flowers.

Breeders from England, Germany and Belgium took up Clivia, as a result of their fruitful work, numerous interspecific and intraspecific hybrids based on C. miniata were created, which are distinguished by lush flowering and various colors.

Currently, cultivars of a wide variety of colors can be found on sale, from almost white to dark red, including all shades of yellow and orange in between.

The photos below show indoor clivia flowers of some of the most famous European varieties: 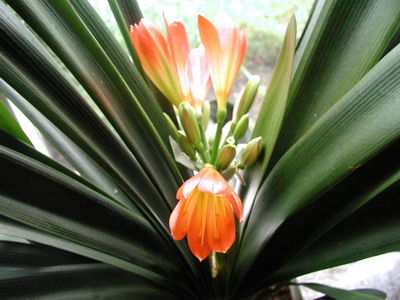 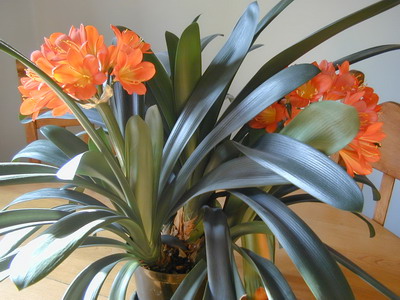 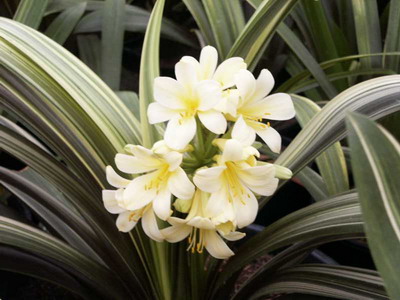 In the east, the plant is no less common and popular than in Western countries. In Korea, China and Japan, it is considered a symbol of longevity and is highly valued not only for its bright flowers, but also for its highly ornamental evergreen leaves. Many garden centers have been created here specializing in the cultivation of clivia, local breeders have bred a number of variegated hybrids, including quite compact ones, which contributes to an even greater growth in the popularity of the culture. In China, low-growing, orange-colored forms of clivia are among the most beloved houseplants and are found in almost every family. In this country, they are also traditionally used to decorate various historical buildings.

Such a wide distribution is caused not only by decorative qualities, but also by a number of biological features of the culture. Despite its African origin, it can be considered an almost perfect indoor flower. Clivia does not need bright light, it is not necessary to place it on the windowsill or in the immediate vicinity of the window. The plant will develop well on a table, a rack, and even in the back of the room, provided there is sufficient lighting.

The shade tolerance of indoor clivia, which can grow where most other crops cannot exist, makes it indispensable for decorating offices, winter gardens, and living rooms.

The advantages of the plant include undemanding to air humidity, which is very important for a home flower.

Clivia perfectly tolerates the dry, dusty air of rooms with central heating, it does not need to be sprayed regularly and watered abundantly, which greatly facilitates care. 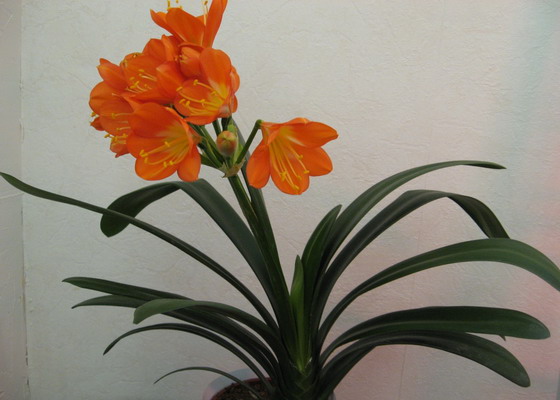 Clivia flower in the photo

The few conditions that the culture makes for the grower are a dormant period with cool temperatures and almost no watering, as well as a permanent place, without permutations and rotations of the pot. If these requirements are met, in late winter – early spring, numerous bright flowers will appear, which will gradually bloom over the course of a month. At the same time, the plant is so unpretentious that even in the case of significant errors in care, it may not bloom, but will still remain decorative thanks to a fan of dense, leathery dark green leaves.

Another quality of clivia, durability, also attracts the attention of flower growers. Indeed, with good care, individual specimens can live up to 40 years without requiring frequent transplants and rejuvenation, while becoming more and more decorative over the years. Adult, overgrown clivia can produce up to 40-50 peduncles at the same time, turning during flowering into a bright colorful bouquet of exotic flowers . 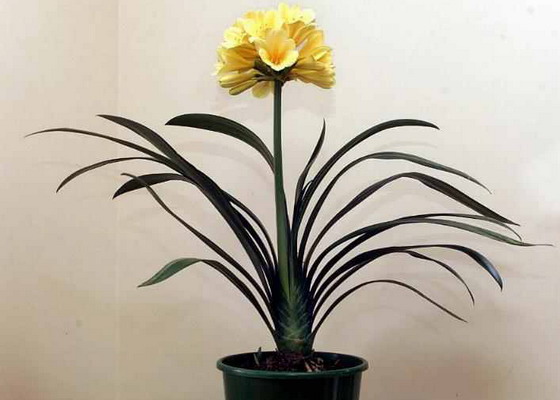 Clivia flower in the photo in the interior

In the interior, the plant looks most impressive as a tapeworm, in good conditions it can reach a height of 90 cm. By the way, clivia is one of the few crops that can purify the air from tobacco smoke, so large specimens are very appropriate in the halls and foyers. Note that if a flower grows where they smoke a lot, it is recommended to take it out to fresh air from time to time, for example, in a shady garden, to restore it.

The plant can be grown hydroponically . It reproduces well by seeds that are obtained by artificial pollination, however, when the seeds ripen, it expends too much energy, which affects the intensity of further flowering. If there is no need for seed propagation, in order to preserve the decorativeness of the flower, it is preferable to avoid fruit set unnecessarily.

Below are photos of indoor clivia flower in the interiors of various residential and office premises: 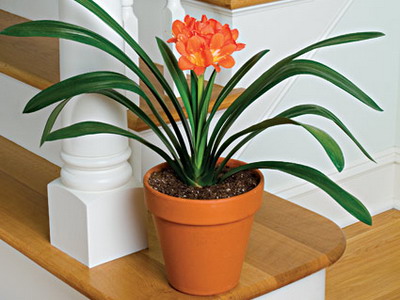 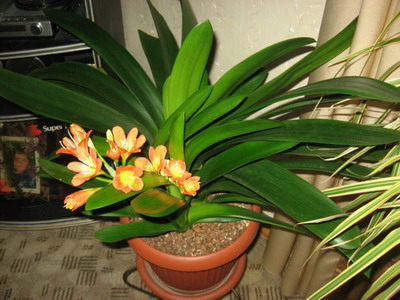 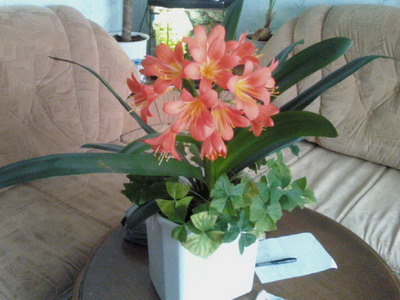 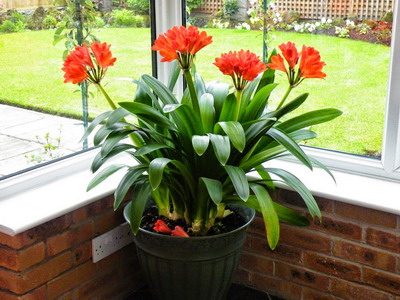 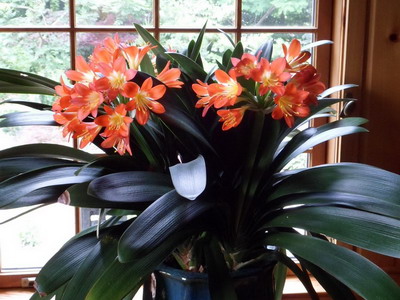