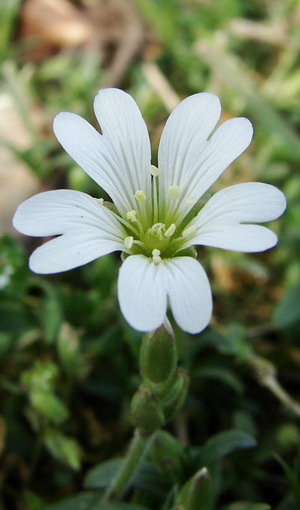 Description: This is a genus of perennials believed by botanists to include about a hundred species, some of which are used as ornamental flowers in various regions around the world. Belongs to the clove family. Most varieties of the plant are hardy and easy to grow. By the nature of its growth, the jaskolka is a ground cover perennial, which spreads rather quickly to nearby territories. For self-propagation, they have offspring and usually grow close to the ground, covered with foliage of a greenish or silvery hue. The flowers are white in the shape of an asterisk, their size is quite small, they appear in the spring and can be throughout the summer, it depends on the variety and conditions of detention. But it is worth noting that in general the plant does not have a pronounced predatory nature of growth. Its height is from 5 to 45 cm. Of particular interest to gardeners is the view – Felt Yaskolka (Cerastium tomentosum). It is also known as “summer snow”. This variety got its name because of its magnificent white flowers that appear in the summer months. Even when the plant is not in bloom, it attracts the eye with its beautiful leaves. It should be remembered that, like other types of this perennial, this variety requires some care after flowering. It needs to be trimmed, so the flower will keep a neat shape. All varieties of saplings are perfect for covering devastated areas of the garden. Stone plots and containers are great for cultivating the flower. Many varieties of the plant are hardy to hot temperatures and are suitable for growing in gardens where there is little water.

Soil Type: The sapling is easy to care for and grows best in well-drained soil. Most soil types are suitable for this unpretentious flower. It is desirable to set the acidity level in the range of pH 6.0-7.0.

Watering: The soil should be moderately moist.

Reproduction: carried out by division and seeds. If you reproduce by division, then this should be done in the spring in cool regions or in the fall in warm climates. Cuttings should be taken in early summer.

Jaskolka, which is grown and planted in the garden with the help of seeds, develops well if you sow the seeds before the last frost in early spring. The distance between plants should be from 10 to 45 cm. 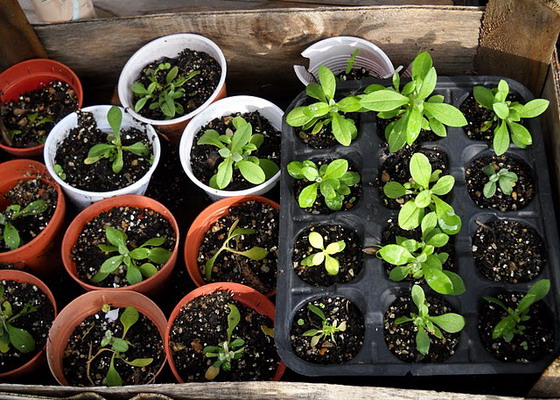 The photo shows the process of growing saplings from seeds.

If you started propagating the flower indoors, the seeds will germinate in about one to two weeks. The temperature should be set at about 18-24 degrees Celsius. It is necessary to transplant sprouts into the garden after the last frost or in autumn. The planting depth should be the same as it was when growing in a container.

Application: used for decorative purposes. So, for example, the alpine stalk – Cerastium alpinum, which is distinguished by a peculiar pubescence, is very popular for decorating gardens. 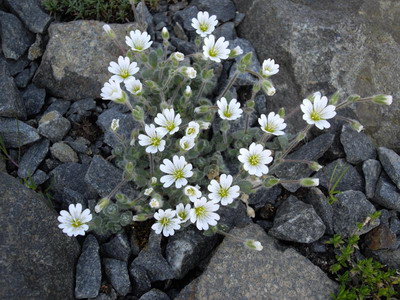 Care tips and tricks: Cut off dead flowers, as well as a few centimeters of foliage. With this approach, the appearance of the flower will be the best.

The conditions for keeping this variety are the same as described above. Bieberstein’s gossamer attracts many flower growers due to its magnificent flowering, which is also expressed by the former flowers of an attractive shape. This species is quite hardy, and it tolerates both high and low temperatures. 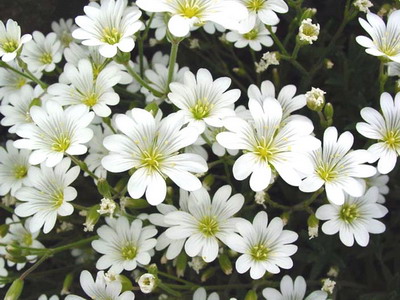 Interior decoration of the apartment with indoor plants

It is perhaps difficult to find an apartment in which at...
Read more