If you want to decorate the lower tier of a rockery or an alpine slide, you cannot do without low-growing varieties of garden yarrow – this plant is unpretentious and grows well even on dry, sandy soils, creating a lush rug. If you need to arrange a bouquet, then here the perennial yarrow will come to the rescue: its tall varieties are great for cutting.

Here are photos and descriptions of yarrow – plants with white, yellow, pink, red inflorescences of various shades that have a mother-of-pearl tint. Stems erect, leafy, from 15-20 to 100 cm tall, depending on the species and variety. If you look at what a yarrow looks like, you will understand where its name comes from – the leaves of the plant are finely dissected, numerous, it seems like there are thousands of them. The botanical name of the flower is Achillea.

The plant blooms from June to late summer with regular removal of wilted inflorescences. He loves a sunny place, grows rapidly, so after 3-4 years he is seated. It is undemanding to the soil, grows on poor dry soils, wet areas are not suitable for yarrow. 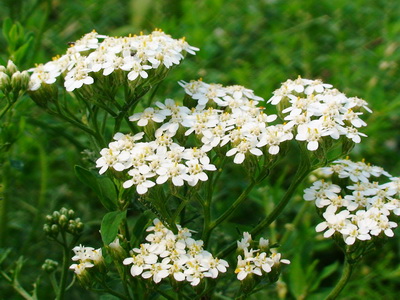 Perennial garden yarrow is used for flower decoration of the garden, as well as for cutting. Undersized species are good in alpine hills and as ground cover.

As follows from the description of the plant, yarrows for the most part do not exceed 50 cm in height. There are several dwarf species that can successfully grow on sandy rockery soil or in crevices between stones.

One of them is felt yarrow . This is a ground cover perennial 10-15 cm high. The leaves are green pinnate with whitish pubescence, the shoots spread along the ground. The flowers are small, golden yellow, collected in inflorescences up to 7-8 cm. It blooms from late June to August. Grows best in full sun with light, medium soil. Frost-resistant, does not require shelter. Grows well. Propagated in spring by cuttings or by dividing the bush, which must be carried out at least every 3-4 years.

See what the yarrow looks like in the photo – on sunny flower beds and alpine hills it forms a dense silver rug: 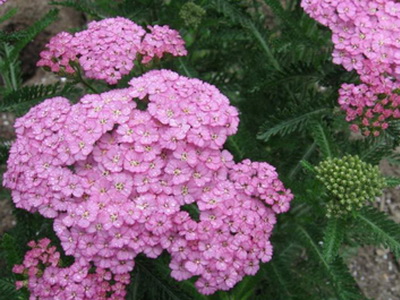 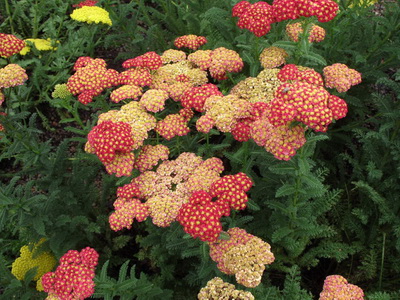 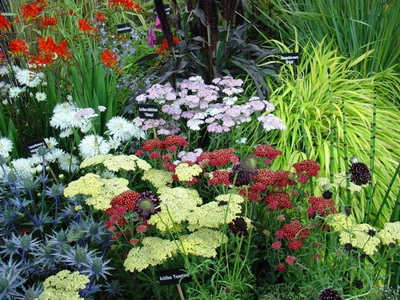 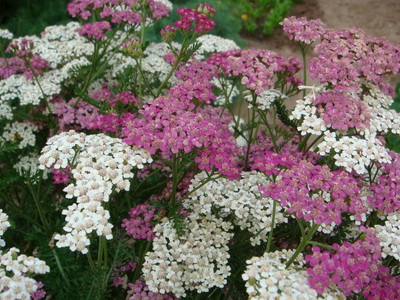 The best varieties of garden yarrow

Of particular interest are:

“Summer watercolors”. An original and refined blend of plants with inflorescences of various colors. Looks great in garden decoration, cutting and bouquets. Growing, forms lush curtains. In the first year, when sown on seedlings, it blooms after 17 weeks. Plant height 75 cm.

“Pearl”. Express perennial, blooms in the first year after 16-20 weeks from sowing. A plant of compact form, with erect stems and numerous strong flower stalks, reaches a height of 65-75 cm. 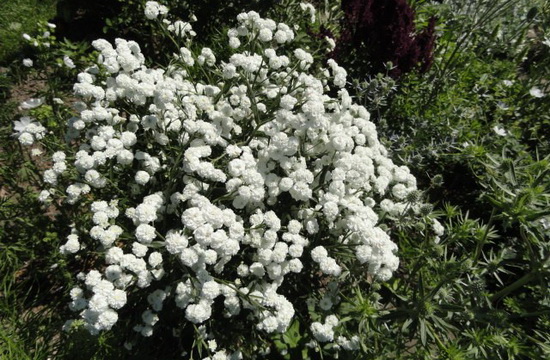 As you can see in the photo, this variety of yarrow is characterized by sophisticated beauty, versatility, an abundance of charming mother-of-pearl flowers.

“Cherry Queen” Cherry-red inflorescences are the main decorative element of this plant. This is one of the best varieties of yarrow: the cherry caps of its inflorescences look great in garden flower arrangements, cut flowers and winter bouquets. 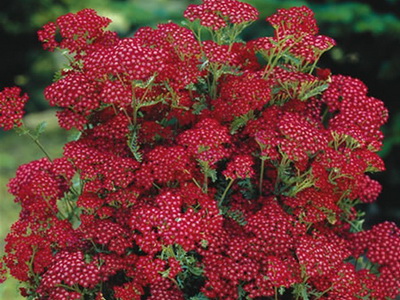 A plant 70-80 cm high forms a densely intertwined root system that suppresses the growth of weeds, grows rapidly, tolerates trampling. Small flowers are collected in corymbose inflorescences up to 10 cm in diameter. It is a good companion for crimson, blue or purple flowers and purple foliage; also combined with white flowers and silver foliage.