Most small-flowered clematis can be propagated by seeds that are purchased in stores or collected from specimens already in the garden – many local forms successfully bear fruit even in central Russia. Growing clematis from seeds allows you to immediately get a lot of planting material, which is used as an ornamental crop and as winter-hardy plantings for grafting valuable heat-loving varieties.

How to grow clematis from seeds

Seeds vary in size and germination rate, which significantly affects the process of growing clematis of a particular variety. The following groups are distinguished:

Species with large seeds – purple, Jacqueman, Duran, bell-flowered, paniculate, straight, sprawling, woolly, etc. They germinate unevenly and for a long time, sometimes only after 6-8 months or even after a year. 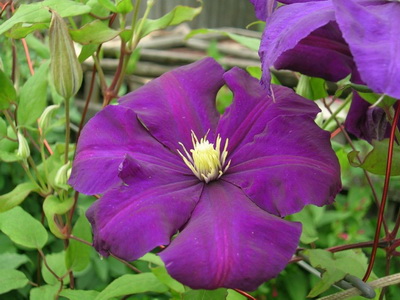 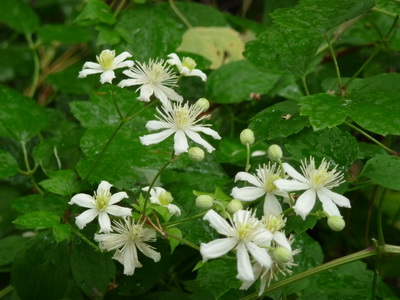 Species with small seeds – Tangut, vine-leaved, hogweed, gray, upright. They germinate quickly and evenly, the germination time rarely exceeds 3 months, and in some varieties it is only two to three weeks. 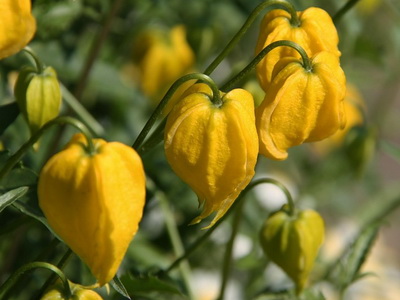 Large seeds are sown before winter, immediately after harvest, or subjected to stratification at a temperature of 0-plus 5 ° C for 2-3 months, and planted in spring. Since it is rather difficult to grow clematis from seeds in this case due to their low germination and germination duration, some species are easier to propagate vegetatively. Forms with small seeds are sown in spring, usually in March – April, in greenhouses or directly in open ground. For better germination, it is also better to stratify them.

They are planted in containers filled with a mixture of sand and fertile soil in a ratio of 1:2 or 1:1, spreading the seeds evenly over the surface and sprinkling a layer of clean sand on top, the thickness of which should be about two to three seed diameters, after which the soil is rolled. Large seeds in the ground are often damaged by mice and rats, therefore, if planting boxes are left outside for the winter or stored until spring in the basement, it is better to cover them with metal mesh or glass from above.

Crops are regularly watered using a fine sieve, weeded if necessary. In a warm room, seedlings can appear in winter or early spring, when planting in open ground or cold greenhouses – only with the onset of stable heat. Seedlings are provided with light, warmth and high humidity; for better development, the root part is shaded. Note that many experts recommend sowing seeds directly into the ground, since growing clematis in this case is somewhat easier. Despite the fact that the percentage of germination is much lower in open ground, the seedlings develop better there, grow much faster and can bloom as early as the fall of the first year. This method of planting is especially preferred in the southern regions.

Picking is carried out after the appearance of cotyledons or one or two true leaves, placing plants at intervals of 15-20 cm in boxes or in open ground on ridges with light, loose soil. Landings are sure to shade. For better tillering and an increase in the mass of the roots, the growing shoots are regularly pinched. In summer, seedlings are watered, weeded and loosened. To avoid overheating of the roots, the aisles are covered with a layer of mulch 2-3 cm thick. For the winter, the bushes are carefully covered, and in the spring they are planted in trenches filled with fertile soil to a depth of about 40 cm, at a distance of 50 cm from each other. When planting, the root neck is buried 3-5 cm into the ground, the shoots are cut to 2-3 lower nodes.

For young clematis, cultivation and care is somewhat different from the agricultural technology of adult plants. They are regularly watered, thoroughly weeded, in spring and autumn rotted manure mixed with ash or superphosphate is added to the bushes, they are provided with more frequent liquid top dressing, which is given in small doses at intervals of 10 to 15 days. When growing clematis from seeds, most seedlings bloom in the second or third year, after which they are placed in a permanent place.

In the future, caring for the bushes becomes somewhat easier. Plants have a powerful root system, so abundant watering is required for them only in case of prolonged drought. Top dressing is carried out once a month, using alternately a solution of organic and complete mineral fertilizer. To protect against overheating, the roots are shaded by mulching the near-stem circles with moss, bark, humus, or by planting near the annuals. All species need annual pruning, most varieties in regions with cold winters require shelter.

The genus Schefflera (Schefflera) belongs to the Araliaceae family. In nature,...
Read more