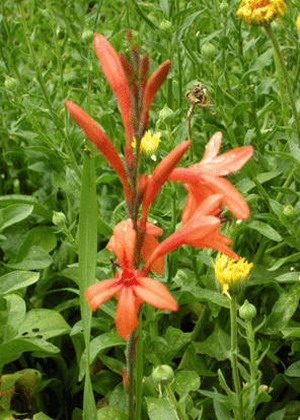 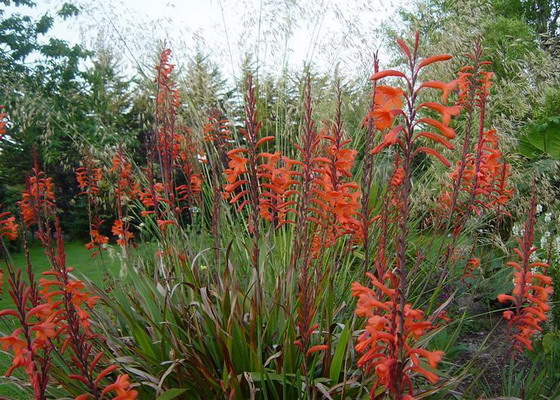 Wild growing utsonia in nature in the photo

Soil type: Utsonia soil may not be rich in nutrients, and it is able to grow in poor soils.

Fertilizers: It is recommended to apply top dressing during planting, as well as during the flowering period. After the first flowers fade, you need to fertilize the utsonia once every 15-20 days with special top dressing for bulbous plants.

Reproduction: carried out by planting seeds or bulbs. If you grow utsonia from seeds, then it will most likely bloom only after three years. Seeds should be planted to a depth of 3 mm in autumn. Seedlings should be transplanted into the garden after the last frost in the spring.

Planting: Choose a spot in the garden where the soil is well-drained. When preparing the beds, you can add organic fertilizers to the soil. Peat, tree bark or compost is best suited. Planting depth should be about 10 cm, and the distance between plants should be from 12 to 14 cm. After planting the bulbs, the soil must be watered abundantly. Roots and shoots will form in autumn. In winter, utsonia will grow noticeably, and flowers will appear in spring.

Application: Gorgeous flowers are mainly used for cutting. It should be noted that cutting flowers does not have a negative effect on the plant. 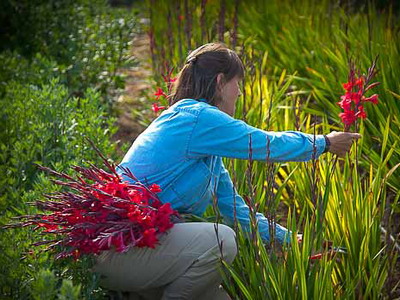 Optional: Fresh utsonia bulbs should be purchased from September to mid-November. When flowering ends, the foliage does not need to be cut. At this time, the leaves accumulate nutrients for the next year. During this period, regular watering is required. At the end of summer, the leaves turn yellow, the plant begins a dormant period, and only then can they be cut.

Over time, flowering will become less spectacular. When you notice this, you should dig out the thickets and divide them into several small plants. The flower needs to be repotted immediately.

Uvularia for medicinal and landscape purposes