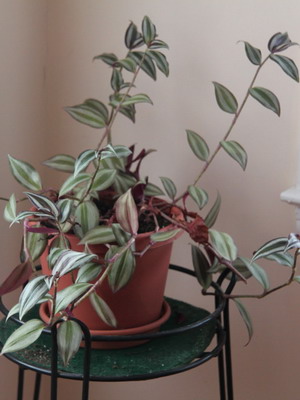 “Women’s gossip,” so people’s rumor dubbed one of the most revered indoor plants, tradescantia flowers. But such a name is unfair. And that’s why. People were guided only by the fact that they compared the curly clinging whips of Tradescantia with eternally rattling tongues, long and evil, spreading untruthful rumors. There is absolutely no reason to think that ampel tradescantia brings trouble on the heads from gossip. Since ancient times, the healing properties of this plant have been known and, most likely, it would fit the definition as a home healer.

Tradescantia flowers can cure many human ailments, such as colitis, gastritis, some infections of the gastrointestinal tract, flatulence. Tradescantia has excellent properties of rapid wound healing due to the presence of amazing therapeutic effects in it – hemostatic, antimicrobial, anti-inflammatory.

And it is quite surprising that a Venezuelan naturalist biologist, studying one of the species of tradescantia (Zebrina), discovered a substance very reminiscent of insulin, the active actions of which can significantly reduce blood sugar. Isn’t this what makes tradescantia a unique flower and puts it on the same pedestal with aloe, echinacea, golden mustache, kalanchoe, and maybe even higher. 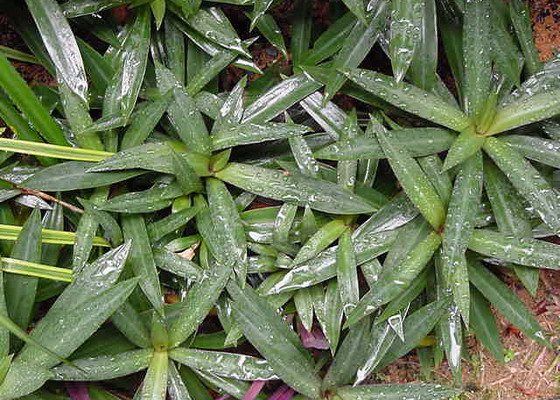 The ubiquitous fashion for exotic species of plants has little by little ousted such tradescantia familiar to us from our homes. Now it is not so often seen in the collections of flower growers, on the shelves and shelves of offices, in groups of kindergartens or other public places. Maybe it’s time to remember and return the beautiful tradescantia indoor plant to apartments and houses. And it is not at all difficult to do this, since tradescantia belongs to those representatives of the plant world that do not require reverent care, and they take root easily and without problems. But first things first.

Tradescantia indoor – how to plant

For planting room tradescantia, green young shoots of the plant are needed.

There are two ways to root the processes of tradescantia: 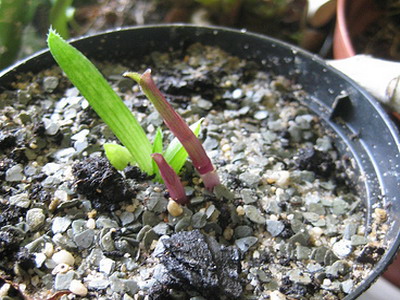 The root system of almost all species of tradescantia, and there are at least 100 of them, develops with lightning speed, but despite this, the dishes where the plant is supposed to be settled should not be too deep. But the width of the bowl can not be limited – the wider the container, the faster and more intense the growth of new shoots will be, braiding the entire surface of the earthy coma and forming dense bushes.

Tradescantia flowers: care and reproduction in the future

As already noted, tradescantia is not capricious and has a completely accommodating character. By placing pots with a plant in moderately shaded places, you provide her with the most comfortable conditions. Direct sunlight on the foliage is fraught with a loss of bright juicy color. When the room is chosen too dark, without natural light, the leaves can lose their decorative attire and become monotonous.

Watering Tradescantia should be plentiful. In summer, in hot weather, it is saturated with moisture every three days. In the off-season (autumn, spring) once a week. Well, in winter, the water rate is reduced to once every 10 days. Although, if the room is too dry, then there may be exceptions. It is simply necessary to monitor the normal condition of the soil in the pot for this plant. That is, remember that tradescantia belongs to marsh plants and therefore loves wet soil very much.

For further propagation of tradescantia, select young healthy shoots in a timely manner and plant them in a nutrient aqueous solution. Thus, in a very short period of time, you can create a unique “green” atmosphere in your home. Tradescantia room perfectly cleans the surrounding air not only from carbon dioxide, but also from toxins and heavy metals.

With the processing of tradescantia against diseases or pests, things are even simpler. It practically does not get sick and does not attract swarms of harmful insects or other parasites. It is desirable to introduce a complex of mineral fertilizers into the root region. As for many other indoor flowers, the feeding process lasts from spring to late autumn. In winter, plant fertilization stops, since it is at this time that Tradescantia is better to rest and gain strength for the next stage of its life. Bushes are rejuvenated in early spring. They get a haircut. Do not be afraid that the somewhat “bald” tradescantia will lose its decorative effect for a long time. Very soon, she will begin to overgrow with new young shoots, as before admiring her violent growth, attracting the views of others.

How to Grow Bonsai at Home for Beginners

Bonsai at home can be grown on the basis of absolutely...
Read more