Chrysanthemum keeled (lat. Chrysanthemum carinatum) is an annual flowering plant, often found in flower beds of the middle lane. The natural habitat is the northwestern part of Africa. This culture became widespread in many countries at the end of the 18th century. 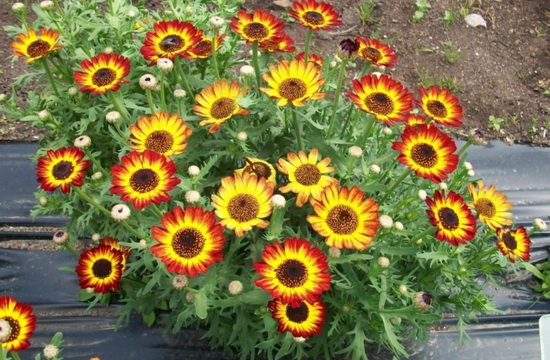 Chrysanthemum keeled – a plant with straight, strongly branching, slightly fleecy stems. Reaches 60 – 70 cm in height. Leaf plates are linear, fleshy, with a smooth surface, bright green or gray-green color. Inflorescences – large baskets, enclosed in bunches of 3 – 4 pieces, combine three shades. Develop on side shoots. The diameter of the baskets is 6 – 8 cm. Flowering occurs at the end of June, lasts until the beginning of September. The fruits are capsules with flying seeds.

This plant has high frost resistance, tolerates sudden changes in temperature. To date, there are many beautiful varieties with bright colorful baskets. Some of them have terry inflorescences, very lush.

Among the most popular varieties, those that have large baskets can be grown in the conditions of southern latitudes and central Russia.

Description and photo of the keeled chrysanthemum of the most popular varieties:

“Masquerade” is one of the most spectacular varieties with inflorescences that combine white, pale cream, lemon yellow, lilac, purple, brown colors. 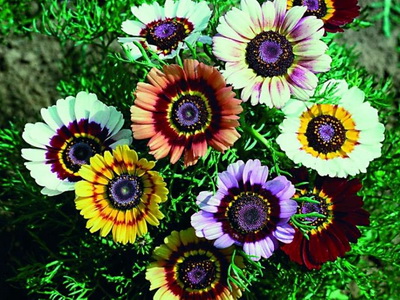 “Cockade” – has baskets with a diameter of 8 cm. The color palette is limited to white, red, yellow, terracotta shades. 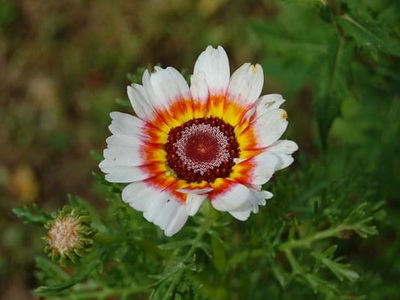 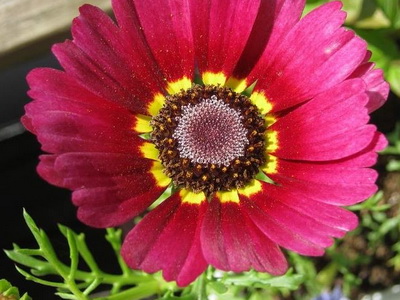 “Bright Eye” – has snow-white petals, in the central part of which there is a burgundy and yellow ring. Violet core. 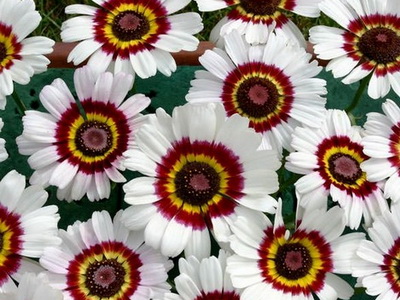 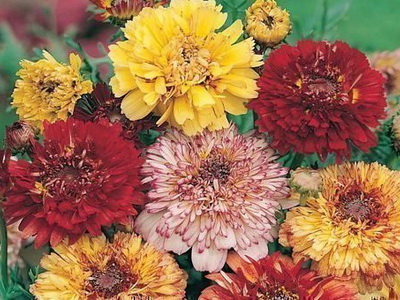 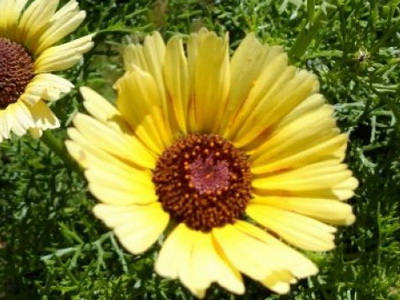 “Nordstern” – a variety with snow-white inflorescences, in the central part of which there is a bright yellow ring. 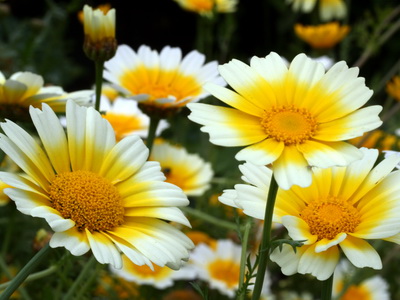 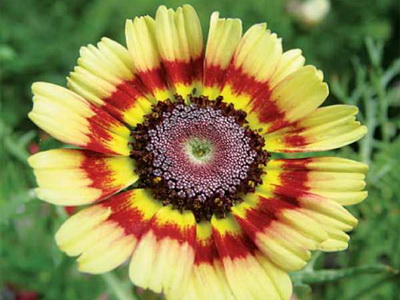 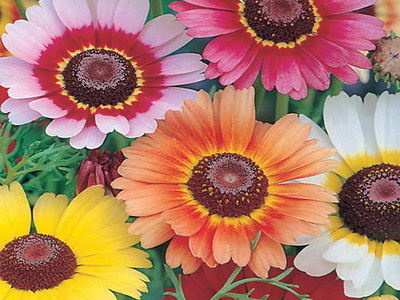 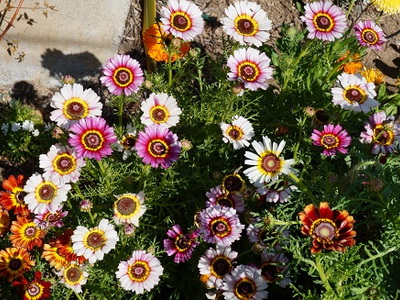 Next, you will learn at what distance to plant a keeled chrysanthemum and how to care for the plant after planting the seeds.

This culture is propagated by seed method. Sowing material is immediately planted on the site, or in containers for seedlings. When planting seeds in open ground, the site is preliminarily prepared, dug up, and organic fertilizer is applied.

The place for sowing should be closed from drafts and gusty winds. For this, areas along fences and outbuildings are suitable.

When choosing a site for growing this spectacular flower, it should be borne in mind that it cannot grow without sunlight, so the place must be open. Light hills are also suitable for this culture. 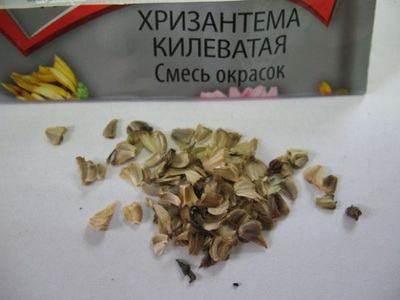 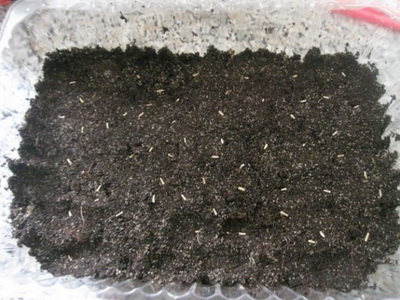 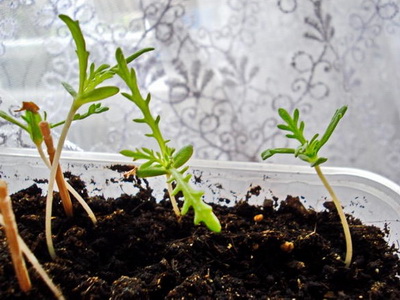 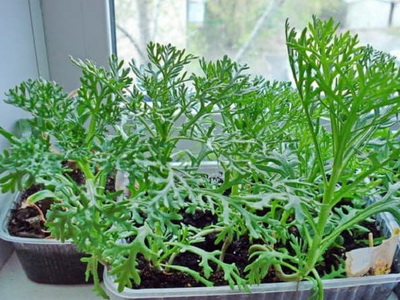 Sowing seeds in open ground is carried out in the second half of May. In the ridges, holes are made 2 cm deep at a distance of 20 cm. 2-4 seeds are laid in each hole, sprinkled with a layer of earth. Crops are covered with a film, which is removed only after the sprouts hatch.

Plants that have grown up to 2 cm are thinned out, after a couple of weeks a mineral complex is added for flowering crops.

Strengthened seedlings 10 – 15 cm high are transplanted to a permanent place in the garden. It is noticed that young specimens quickly take root in a new place.

When growing seedlings of keeled chrysanthemum, shallow containers are used for sowing seeds, which are filled with a soil mixture prepared from leafy soil, humus, peat and sand. 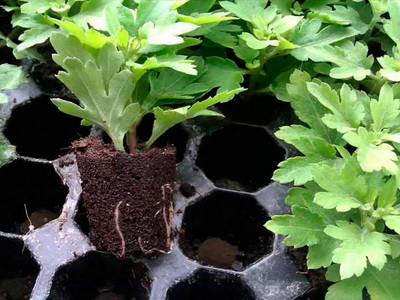 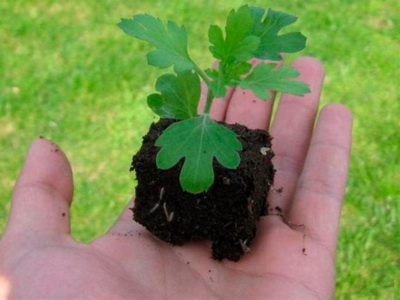 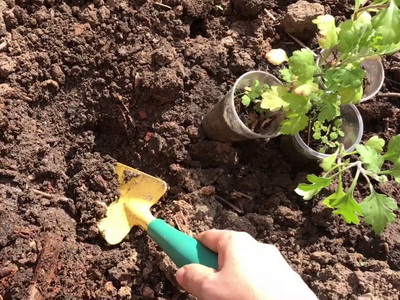 The components are taken in the ratio 1:2:2:1/2. The seed material is buried in the substrate by 1 cm, sprayed from the sprayer. Crops are covered with polyethylene, kept at a temperature of 20 – 23 degrees in a bright room. Sprouts will appear in a week or a little later.

The film is removed, young plants are moderately watered until picking, which is carried out a month after their appearance. After picking, the seedlings continue to be watered, top dressing is applied once every 7 to 10 days.

Planting seedlings in open ground is carried out in the last week of May. Plants are placed in the hole along with an earthen clod. After planting, watering is carried out, the soil around the bushes is mulched with peat or sawdust.

Chrysanthemum keeled, despite the luxurious buds, is an unpretentious plant to growing conditions. Even a novice grower can handle caring for her. It is important not to forget about the flower, to perform a number of simple procedures.

Like other types of chrysanthemums, the keeled chrysanthemum is rarely affected by pests and diseases. Improper care can weaken her immunity. Among the common flower diseases are the following:

Fungicides will help to cope with these diseases. For example, the drug “Topaz”, “Alirin”, “Oxyhom” and others. After 10 – 14 days, you will need to re-treat. 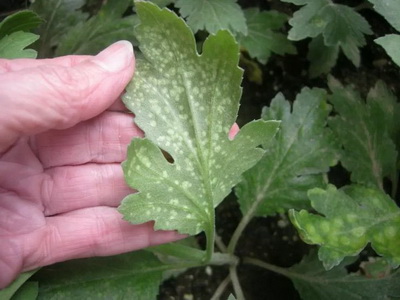 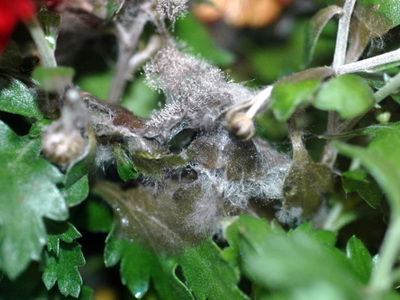 Among the pests of this culture are slugs, snails, nematodes, spider mites, weevils. Gastropods can be collected manually, in the presence of other insects, use the acaricides “Fufanon”, “Fitoverm”, “Neoron”.

Also, one of the main pests of this flower is aphids, which quite often settle on its leaves and stems and suck out the juice of the plant.

If timely measures are not taken to eliminate it, the bush will lose its attractiveness and gradually wither away. This insect is washed off with water or soapy water, after which the flower must be washed with clean water from a watering can.

Chrysanthemum keeled is widely used in garden landscape design, as it is a flowering plant that can easily transform any nondescript corner of the site, decorate a flower bed, and add bright colors to a flower garden.

This flower looks equally luxurious in single plantings and in groups. Having planted a flower on the lawn, you can dilute its monotony by adding a colored spot.

This culture is used for a variety of purposes: to create a mixborder, rockery, rock garden, discounts. Undersized varieties decorate borders, planted in containers for decorating loggias, balconies, terraces. 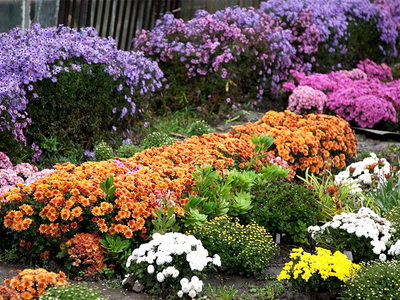 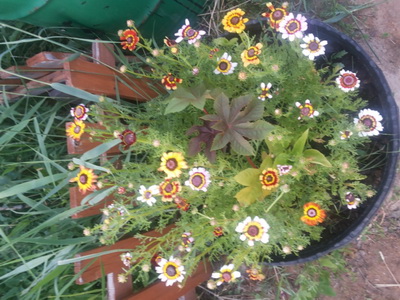 As partners of this flower, zinnias, asters, coleus, salvia, bells, snapdragons, petunia, cineraria, marigolds, cosmos, irises and other colorful plants are suitable. This variety of chrysanthemum with ornamental flowering shrubs looks quite interesting.

These photos show how the keeled chrysanthemum is used in the design of flower beds and the creation of flower arrangements: 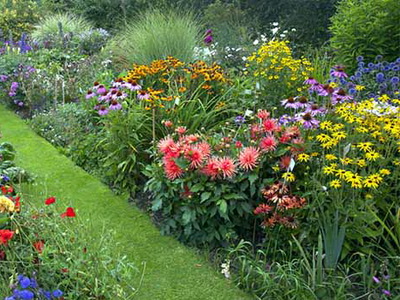 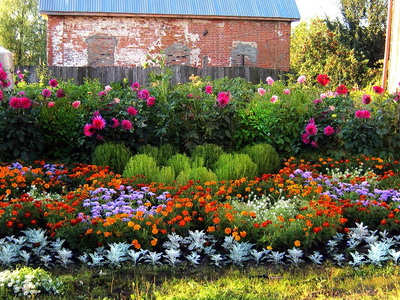 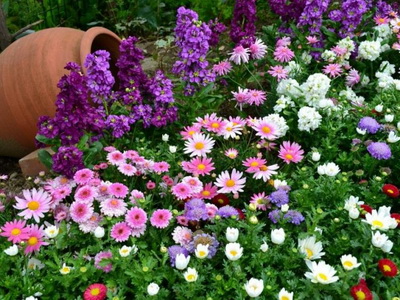 Also, this plant is used to make dry bouquets. It is pre-dried in a ventilated room and placed in a bouquet. Dry compositions look very unusual and retain their decorative effect for a long time.