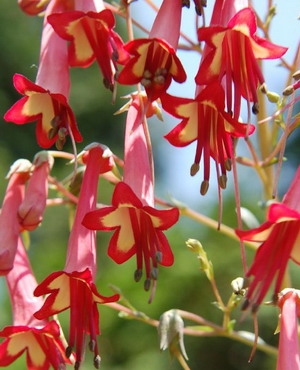 Description: has American national names: hummingbird flowers, California fuchsia. Zaushneria is an extremely drought tolerant plant. In California nature, it blooms after the summer heat, at the end of the season, when most wild species are producing seeds, and the grasses are already turning brown. This flower is a welcome addition to a rocky garden in late summer. As a rule, it develops in the sun on fertile soils. It has funnel-shaped orange-red flowers with four petals split twice, four red sepals, eight reddish stamens that are visible from the end of the flower. The shape and size of the flowers justifies one of the famous names in America – California fuchsia. Another, more well-known name is the hummingbird flower. This is the name of Zaushneria, since it opens its flowers for graceful and beautiful visitors who feed on nectar during the beginning of their migration to the southern countries. Zaushneria belongs to herbaceous perennials, and its aerial part dies off for the winter period, and in the spring it grows back from the base.

The most common types are described below.

The main distribution was in rocky areas at an altitude of more than three thousand meters above sea level in California. In growth, it is limited with decreasing height, otherwise there would be an increased sensitivity to frost during cultivation. 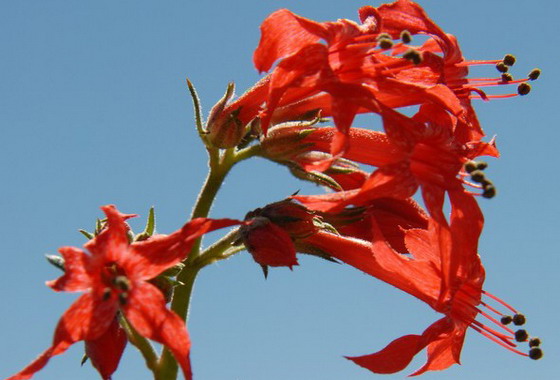 Zaushneria Californian in the photo

This species is deciduous, forming clumps, woody at the base. It is up to 50 cm across and grows from the rhizome. The leaves have a gray-green tint and a woolly cover, grow on stems with a height of 30 to 60 cm. The shape is from arcuate-linear to lanceolate. Shiny scarlet tubular flowers of Zaushneria form terminal brushes, 2 to 4 cm long. They bloom from late summer to autumn.

It is found in California, at an altitude below 600 meters in thickets of sagebrush. It has linear leaves and small flowers. Height is about 50 cm. 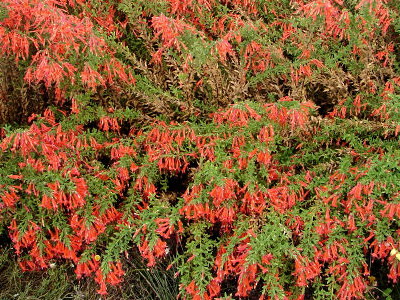 The distribution area is very wide: from Oregon to Mexico City, California, Wyoming, Idaho, Arizona, Nevada, Utah. As a rule, this species is often found in wet canyons on rocky slopes and outcrops, among pines and junipers at an altitude of more than 3000 meters above sea level. This shrub forms groups of different sizes depending on the height of the location. The pubescence is glandular. Villi – rare white-gray. The shape of the leaves is from lanceolate to oval or elliptical, with a length of up to 4 cm. The length of the flowers is from 2 to 6 cm, and they bloom from August to October.

‘Dublin’ is a green-leaved form, easily recognizable by its large flowers. It is found at high altitudes, and it is more compact and rigid. The height reaches 25 cm, and the diameter of the plant is up to 30 cm. 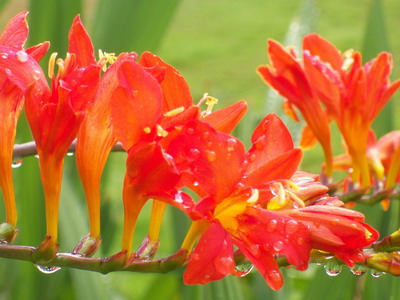 “Solidereti Pink” – this form was found in the foothills of the Sierra Nevada near the mines. The flowers are pale pink in color and are not as profuse as those of ‘Dublin’. In diameter, the plant also has up to 60 cm. 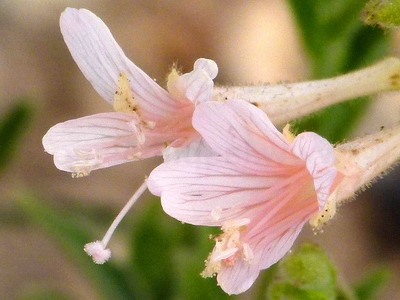 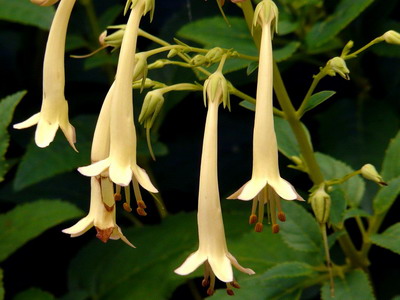 “Vaynis Silver” – a form obtained by breeding by Veynis Roderik. The view was displayed at the University of California at Berkeley. The foliage has a strong silver tint. The flowers are scarlet and rather large, growing on erect stems. In diameter, the plant has up to 90 cm. 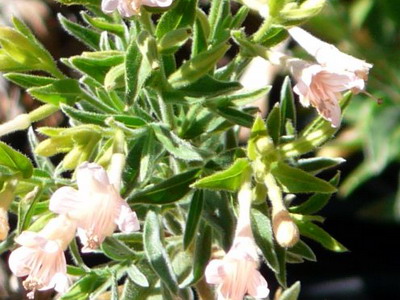 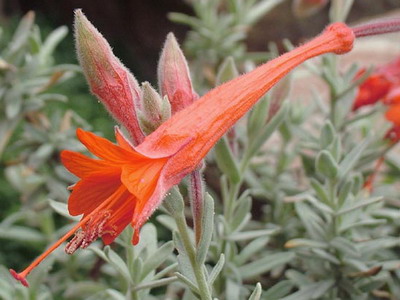 It occurs at an altitude of 1800 to 2500 meters above sea level. It grows in California, Utah, Idaho and Wyoming. This species prefers moist forests and rocky sandy areas. It reaches a height of 40 cm and grows intensively up to 45 cm in diameter. The foliage is green and the flowers are orange-red. 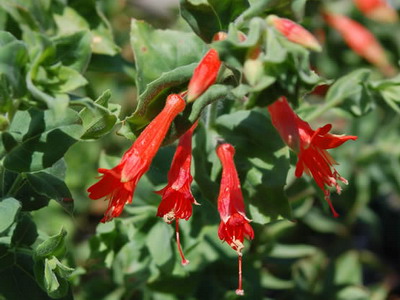 Also from California. Habitat – wet sandy areas below 850 meters. Features – strongly pubescent leaves up to 3 cm. Shape – lanceolate or oval. Color – silver-gray. The height of the stems reaches 10-20 cm. The inflorescences are terminal with red flowers and up to 3 cm long. 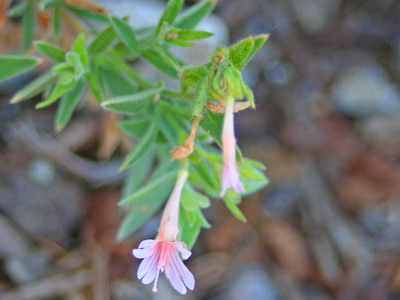 Cultivation: Ordinary garden soil is suitable. Zaushneria is easily grown in most gardens. The flower can withstand rainy winters without problems, but it is advisable to protect it from getting wet. It is also not recommended to plant the plant in gravel-based soils or in soils that are too fertile, because in this case the growth will be too intense.

Pests: if Zaushneria is grown in a glazed room, then aphids and slugs that eat the young tops of the plant are possible.

Colchicum or colchicum (Colchicum) is a genus of perennial bulbous bulbous...
Read more

You can congratulate a loved one or just show attention and...
Read more

The genus Cymbidium belongs to the Orchidaceae family. In nature, this...
Read more