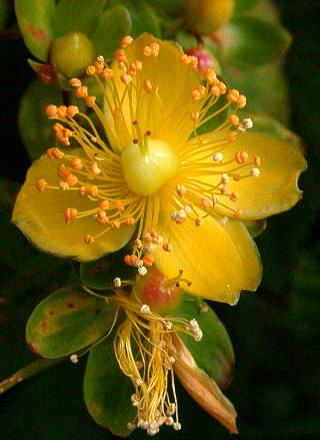 Description: St. John’s wort most of the inhabitants of our country, for sure, are familiar with a low grassy species that can be found almost everywhere: on the edges, in light forests, in upland meadows. This is one of the many species of this plant – St. John’s wort.

This modest flower attracts not only ordinary people, but also doctors and scientists. St. John’s wort has many advantages. It contains carotene, vitamin C, essential oils, resinous and tannins. Medicines containing substances of this plant have hemostatic, astringent and antimicrobial effects that can stimulate tissue regeneration. For such a wide medical use among the people, the flower is called “a remedy for 99 diseases.”

But the following fact is interesting. St. John’s wort grass, so popular with us, is considered a pernicious weed in the pastures of Australia, North America and New Zealand. The reason for the excitement of farmers in these countries is that this plant can cause serious diseases in livestock. Sheep and horses are most sensitive to it. Perhaps this is where the name of the flower came from.

Species of this plant can be found in the wild in a variety of places, and even in the savannah of Africa. Moreover, they can be found on mountain slopes up to the Alpine belt. For example, the Kenyan species grows even at an altitude of 4200 m above sea level.

The appearance of different species, of course, is diverse. St. John’s wort can be shrubs, low grass, upright semi-shrub of various sizes, almost flattened or creeping. They can also be either deciduous or evergreen. In science, some low trees are even known. Almost all types of St. John’s wort grow intensively, bloom well and do not freeze over only in the subtropical and warm temperate zones. Therefore, to grow them on the site, you need to know whether the selected species is suitable for the existing climate.

The following fact is also known: herbaceous species of St. John’s wort are less decorative than shrubs, but they are more winter-hardy. 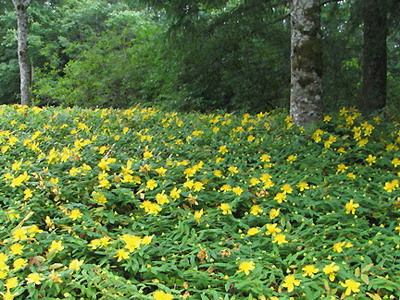 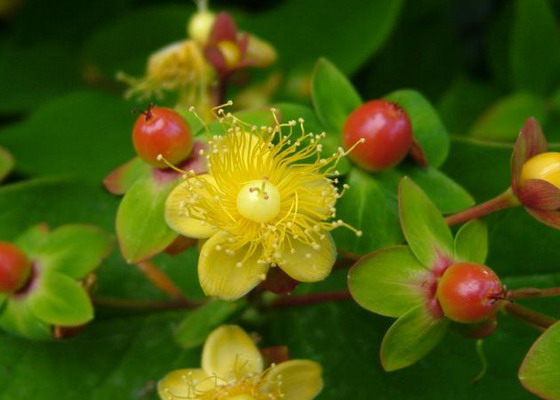 Hypericum berries in the photo

There are species in which relative stability is observed. It is necessary to plant them in places protected from cold winds, and for the winter period their root system must be covered with spruce branches or leaves. If the temperature drops below 25 degrees, then these measures will no longer be enough and the plant may die.

The most prominent representative of these species is the Olympic St. John’s wort (Hypericum olimpicum) . His homeland is Turkey and Bulgaria. It is a dwarf creeping deciduous shrub with drooping branches. Its leaves are 4 cm long, bluish opposite, elliptical, thin and leathery. The flowers are in bunches and have a lemon yellow or sometimes reddish tint. The shape is stellate. Moreover, this species has a separate variety “Citrinum”, which has flowers up to 3.5 cm in diameter. 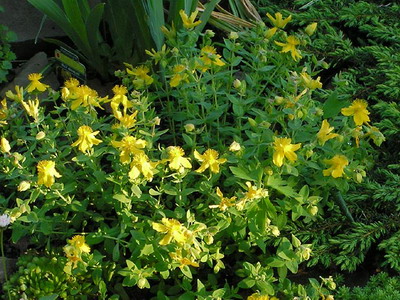 His homeland is the Caucasus. Golden long stamens protrude from its yellow star-shaped flowers. Its fleshy fruits-boxes of a bright red hue are also famous for their extraordinary beauty. As they mature, they turn black. In the wild, you can also find a form with white and pink foliage, thanks to which it was possible to create varieties with golden yellow and dark purple leaves. 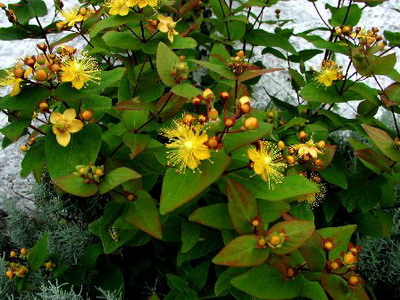 It grows in Transcaucasia and Crimea. This is a low-growing and evergreen shrub that does not exceed 20-60 cm in height. But its feature is large golden-yellow single flowers up to 8 cm in diameter. Its foliage is leathery, dark green and shiny. The value of this decorative species is also increased due to the long flowering that occurs from July to September. 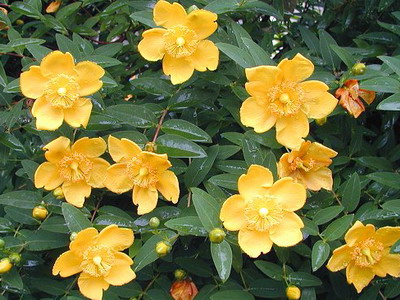 In nature, there are also certain types of St. John’s wort, which are quite demanding on the environment. Their decorative properties can be fully observed only in the south. For example, this is a prostrate, dwarf, evergreen leathery St. John’s wort (Hypericum coris). In height, it does not exceed 45 cm. The foliage is linear and small with a bluish tint. The golden yellow petals show a red tint along the veins. This type is ideal for dry scree and rockeries.

In the 19th century, a hybrid species was bred – St. John’s wort Moser. This shrub reaches 30-50 cm in height and has arcuate drooping red shoots with greenish-blue leaves. Flowers reach 7 cm in diameter. Of particular interest are their pink or red stamens. This type of St. John’s wort has a special variety “Tricolor”, which is famous for the fact that on one plant the simultaneous existence of variously colored leaves is possible: pink, cream and green. 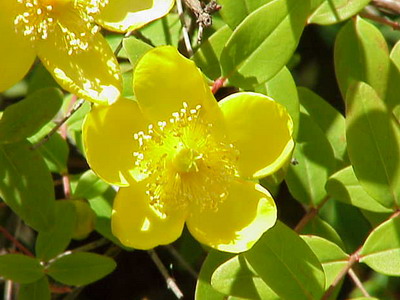 Growing and care: St. John’s wort can grow on both sandy and loamy soils. They must be adequately hydrated and drained. The landing site should be sunny and well protected from the northern, cold winds. For the winter, the roots should be covered with spruce branches or dry leaves. In the spring, it is recommended to cut off dead shoots. The flowers of the plant are formed on the emerging young shoots of the current year. These shrubs are not so durable and in the middle lane they will have to be renewed after 7-10 years, even with good care.