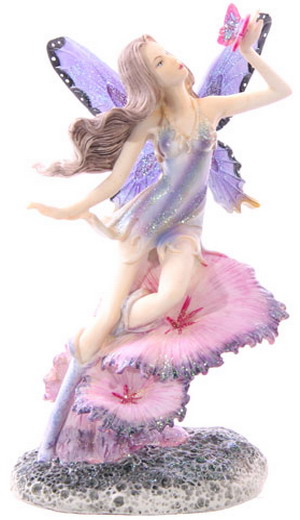 There are many varieties of this flower. Violets grow both in a sunny meadow and in the shade. Moreover, in a shaded place, flowering does not stop even on hot days and continues until late autumn (with the timely removal of peduncles). Seeds sown for seedlings in March bloom in May-June. If sown in August-September (June-July), the plant develops as a biennial. Sowing is carried out infrequently, in rows, watering, top dressing, weeding, loosening is necessary. Violets overwinter well. They do not require special shelter, given sufficient snow cover.

Violets can be found in garden plots quite often. Getting into such a garden, one gets the feeling that these flowers are constantly watching you, wherever you are, from which side you look at them.

Violet in legends and legends

Empress Josephine’s favorite flower is violet. Sounds nice, doesn’t it. This is the name of this flower in legends and tales.

The wonderful, incomparable, in its tenderness, the smell of violet and the pleasant combination of the elegant lilac color of the flower with the juicy, bright green of the leaves have made the little violet a favorite of man since time immemorial. According to one legend, the violet arose from Adam’s tears of gratitude when he was informed of the forgiveness of his sins by the Lord.

The story of the violet in the legend of Zeus

Another legend about the violet says: pursued by the burning rays of the sun god, one of the beautiful daughters of Atlas, turned to Zeus with a plea to give her refuge and save her. Then Zeus turned her into a wonderful violet and hid it in the shade of his bushes, where from now on she bloomed every spring and filled the heavenly forests with her fragrance. So, perhaps, she would have remained here and would never have been known to us, if not for one case. The daughter of Zeus, walking in the forest and collecting violets, was kidnapped by Pluto. When she saw him, in fright she dropped beautiful flowers to the ground … Based on this legend, it was these violets that were the progenitors of our violets.

The meaning of violet flowers for the ancient Greeks

For the Greeks, violet is an ambiguous flower. On the one hand, it is considered a symbol of sorrow and sadness (as a memory of the kidnapped daughter of Zeus), on the other hand, it is an emblem of nature that comes to life every year in spring. Also, the Greeks in ancient times were very fond of decorating themselves, their homes and statues of their gods with violets. The same wreaths were worn to children when they reached the age of three, thus showing that the defenseless years had passed for them and now they were entering life as little citizens. Violet was generally the favorite flower of the ancient Greeks.

No less than the Greeks, the Romans were also interested in violets. They used it as a healing herb, added it to wine, which immediately got the name of a spring drink. The Romans could not do without violets not a single joyful event and religious festival. In the cities of Rome, such as Genna and Sicily, there were even coins with the image of a violet.

The meaning of the violet flower in Europe

In ancient Germany, every spring the day when the first violet was found was celebrated. According to legend, whoever is lucky enough to be the first to pick this flower will marry the most beautiful girl and will be happy all his life.

After the Greeks, the violet was used by the ancient Gauls with such boundless love, for whom it served as a symbol of innocence, modesty and virginity. She sprinkled the marriage bed of the newlyweds and decorated the grave of the untimely deceased bride.

From the Gauls, the love for violet “by inheritance” passed to their descendants – the French. In the days of poetry competitions, the golden violet served as the highest award for victory. Considering the violet a symbol of purity and innocence, French writers and poets could not even bear it when someone unworthy was compared with it.

Violets: a symbol of liberation and creativity?

This flower played a particularly strange role in the life of Empress Josephine. Violet flowers were valuable to her, as a memory of the freedom returned to her. When, imprisoned and awaiting execution, Josephine was already completely desperate, one day the little daughter of the jailer brought her a bouquet of violets. Hope for salvation was born in the future empress, and her foreboding did not deceive her. Since then, she has not parted with these flowers. Even at formal balls, where the ladies’ toilets were adorned with precious stones, Josephine was adorned only with a garland of violets worn on her head.

Violets have been the favorite flowers of many famous people:

It is believed that violet can change fate, but not only for the better. For example, plucked flowers from the grave and donated ones can bring to life the one to whom they were presented with the tragic fate of the person buried in this grave.