Preparing and sheltering roses for the winter (with photo)

About roses
Last modified: 21.03.2015
0
HomeAbout rosesPreparing and sheltering roses for the winter (with photo)

Roses, like other heat-loving plants, need reliable protection from the cold. When sheltering roses for the winter, burlap, film or spruce branches are used, and for tall varieties it is necessary to make a frame. Before storing roses for the winter, remember that wrapping them too early can damage the plants. It is recommended to start the winter shelter of roses only after the temperature has been -8 ° C for several days in a row.

Preparation of roses for winter is carried out in several stages. First of all, before the first frost, it is recommended to cut off the leaves from the bottom of the bush to the hilling height, as they can cause diseases. Also, before covering the roses for the winter, it is necessary to remove the unripened and thin shoots, as they can begin to rot under cover. Next, you need to let the wounds dry, and then carry out hilling.

Pruning and hilling before the winter shelter of roses

Before shelter, you need to prune for the last time this season, cutting the stems of spray roses to the height of the shelter and considering that their length should be at least 15-25 cm. It is also recommended to carry out preventive tillage around the bushes, which will prevent the occurrence of fungal diseases . For this purpose, a 3-4% solution of Bordeaux mixture or copper sulphate is used.

In order for roses to endure winter well, it is not recommended to cut flowers in late summer and autumn. Pruning provokes the growth of young shoots that do not have time to ripen by winter and die along with the branches that are the basis for them. 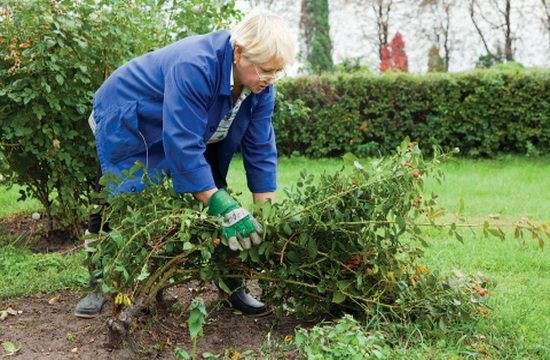 Look at the photo: when sheltering roses for the winter, flowers and even buds are left on the bushes.

Hilling roses should be carried out in dry weather after the onset of the first frost. At the same time, it is impossible to rake the earth around the bush itself, but it is better to bring it from another place so as not to expose and damage the roots. Young roses will need a bucket of earth, adults (3-4 years old) – 2-3 buckets. The earth is scattered around the bush close to the stems and form a mound about 15-20 cm high.

How to cover roses of different varieties for the winter

If there are a lot of bushes in the flower bed, then when sheltering roses in winter, build a frame above it from boards and slats at least 25 cm high and cover it with slate and plastic wrap on top. Sprinkle the film around the edges with earth. Then the bushes will be reliably protected from frost and snowfall. 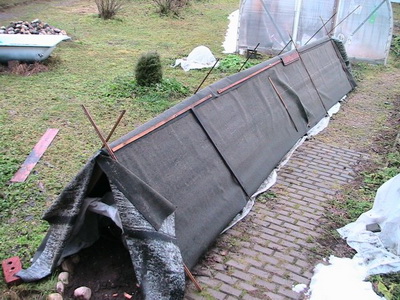 You need to think about how the flowers will endure the winter in your garden when purchasing seedlings. Do not plant greenhouse varieties outside, or varieties that do not tolerate winter well in your area. Usually park and landscape groups are more resistant to frost in the middle zone, unlike hybrid tea .

However, there are also varieties with special properties . If you buy seedlings in a specialized store, you can get all the necessary information there. The ability of roses to endure winter also depends on the size of the bushes. Low-growing roses, which include ground cover and miniature, are easy to cover. Tall roses with straight and climbing branches must be pruned before shelter. It is easier to build a shelter for flowers growing in a group than for growing individually in different places on the site.

Large and well-prepared bushes can endure winters with moderate frosts in the middle lane without shelter only under snow cover. 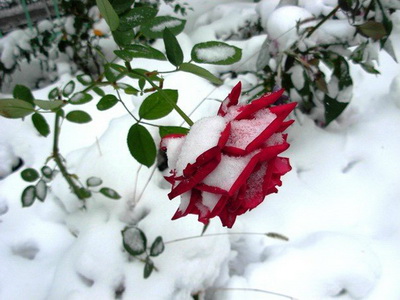