Ipomoea (Ipomaea L.) is the largest genus of the bindweed family (Convolvulaceae Vent.). Includes about 500 species of herbs, less often shrubs and small trees, growing in tropical and warm temperate regions around the world. Among morning glory there are ornamental flowering species and valuable agricultural crops.

Representatives of the genus are mostly perennial and annual lianas , much less often erect or creeping herbs and shrubs. In most species, the stems are curly, creeping or creeping, large leaves are arranged alternately or oppositely, can be heart-shaped with a sharp end, lobed, narrow lanceolate, palmate or strongly dissected, with a solid, serrated or lobed edge. 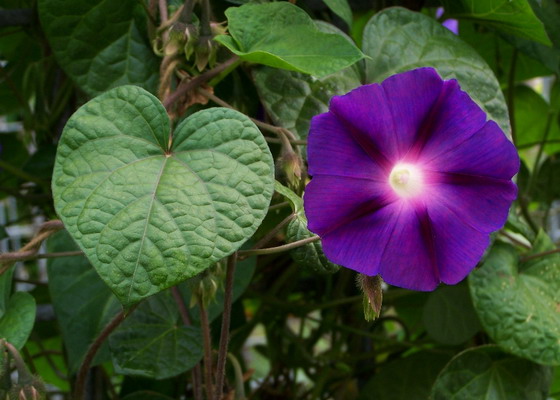 Ipomoea in the photo

In the axils of the leaves, from 1 to 3 large funnel-bell-shaped or tubular flowers appear on more or less long peduncles. In some species of morning glory, flowers are collected in paniculate inflorescences that form on the tops of the stems. The diameter of the flower ranges from 5 to 15 cm, in cultivated varieties it reaches 20 cm, there are also terry forms. Some ipomoeas have a subtle aroma, most do not smell. The color of natural species is usually pale blue, pink or white, cultivated varieties can also be purple, violet, blue, and even two-tone, with various stripes or borders.

Below are photos of morning glory flowers of some natural and decorative species.

Many representatives of the genus bloom only in the morning hours, a smaller number bloom in the evening, in connection with which in English the various varieties are called “morning glow” or “evening glow”. The flowers react sharply to insufficient lighting, on cloudy or rainy days they remain closed. Under these conditions, cleistogamy takes place, i.e. pollination occurs inside closed corollas. Interestingly, under natural conditions, morning glory is pollinated not only by insects, but also by birds, such as hummingbirds, and even small animals, in particular, bats. 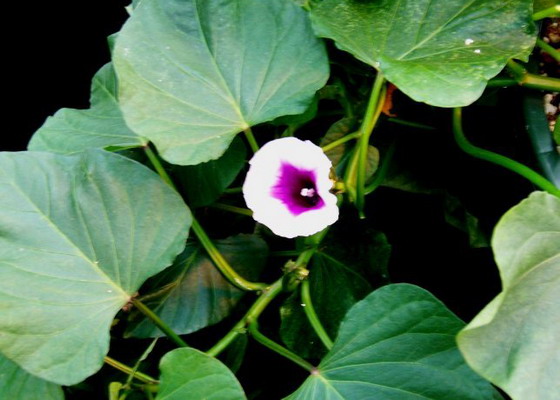 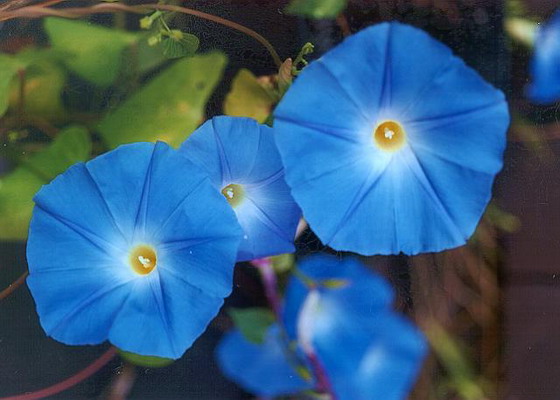 Ipomoea Violacea in the photo 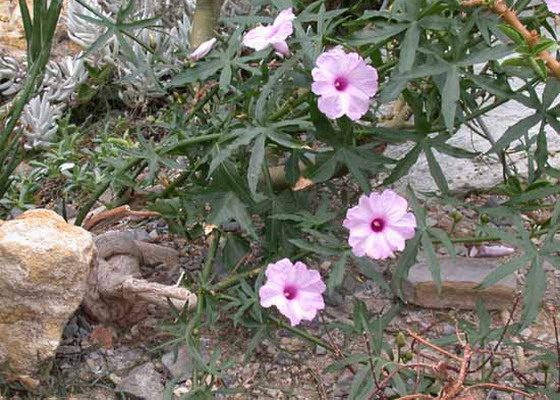 Usually plants bloom profusely, and although each individual morning glory flower is short-lived, its life time is no more than a day, more and more buds bloom to replace it. The fruits are a spherical or ovoid capsule, hard, leathery, in some species – fleshy, which contains up to 4-6 large seeds, naked or covered with a silky fluff.

Garden varieties are usually propagated by seed, for cultivated morning glory, seeds must be purchased from a store, because if they are collected independently, they are usually sterile or do not transfer the properties of the parent plants. Natural species often reproduce successfully vegetatively, in particular, by root suckers and long creeping stems, sometimes reaching gigantic sizes. Thus, the pantropical variety I. pes-caprae, which grows on the coasts, braids the coastal sands with shoots up to 18 m long.

The root system of plants, depending on the species, is a taproot, rhizome or tuber. Rhizomes can be both underground and surface, different in shape: elongated, round, braided into fancy knots. Some varieties form numerous tubers (yam), and a number of perennial morning glory, growing mainly in African countries, form the so-called caudex, a thickened leafless formation at the base of the stems, located under or above the ground, serving to store nutrients.

Some Ipomoea with bottle-shaped caudex have a very exotic appearance and are increasingly grown as houseplants. In nature, the caudex usually has a spherical or flattened-conical shape and a diameter of up to 40 cm, because of the burning African sun, it is hidden underground. At home, for showiness, the caudex is left outside, it takes on a cylindrical shape. It is important to know that this organ in the sun grows much more slowly than underground, so you should not bring it to the surface too early. During the growing season, climbing shoots develop from the thickened trunk, which can be guided along supports or left to spread along the ground.

The plant got its name from two Greek words – ips, or worm, and homoios, or similar, which reflects the structural features of the branched underground rhizome in perennial varieties of the genus.

Use of morning glory garden flowers

Numerous types of morning glory are widely used in culture. Among them are valuable food plants that occupy an important place in the nutrition of many countries. First of all, these include sweet potato, grown commercially in tropical and subtropical regions. Food crops also include water morning glory or water spinach (I. aquatica), the greens of which are consumed in Thailand and China. 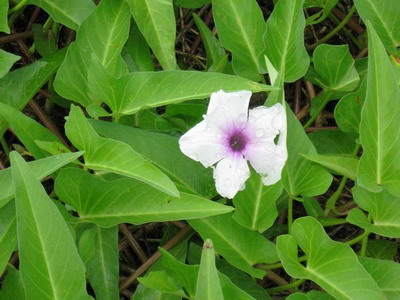 Some species are used as medicinal plants. The most famous and valuable of them is Ipomoea laxative (I. purga), which grows in the mountain forests of Eastern Mexico, another name is true jalapa. The plant has been used for many centuries in the culture of the indigenous inhabitants of Mexico, the Aztecs, thanks to the glycoside convolvulin contained in the resinous milky juice of the roots, it has a powerful laxative effect. 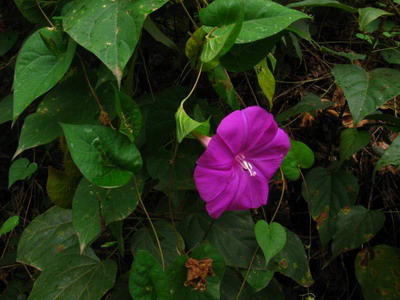 The ancient Aztecs used morning glory not only for medicinal purposes, but also in the practice of various occult rituals. The seeds of many species contain the substance ergine, or lysergic acid amide, which determines their hallucinogenic and psychotropic properties. It must be remembered that most morning glory seeds are poisonous.

All over the world, plants are cultivated as ornamental flowering vines. Although they are very thermophilic, the ability to grow quickly allows some species to be grown outdoors in temperate climates, where morning glory garden flowers are used as annuals. Their shoots weave well around any supports and trellises, in a short time they can create a thick screen of green leaves and bright large flowers in the right place, close the wall of a building or a fence, and also plant trees on dried tree trunks and arbitrary forms artificially created from supports. Culture develops especially rapidly near the southern, worse – near the eastern or western walls of buildings. In addition, it can be used as a ground cover plant, densely leafy stems with numerous flowers gently creep along the ground and allow you to quickly decorate fairly large areas. Despite the obvious advantages, the use of a flower in the middle lane is constrained by the inability to independently obtain a sufficient amount of seed material.

When growing Ipomoea in the garden, flowering begins after the bush has gained enough green mass, usually in July and continues until frost. Seeds under these conditions begin to set in September and are finally formed by October, therefore, in a temperate climate, due to the often occurring September frosts, they do not ripen. For earlier flowering, morning glory seedlings can be planted.

The root system of the plant develops in the surface layer of the soil, so it grows well in containers, tubs and large boxes, provided that convenient supports or trellises are installed in them. This makes it possible to use morning glory on a balcony (see photo below) or a terrace, allowing you to create thick green curtains there in a short time. Ampelous forms of a flower are very decorative. 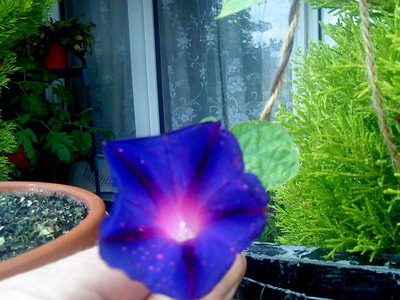 Tropical plants, when grown at home, have specific requirements for the...
Read more