Pelargonium (Pelargonium) – these are small bushes strewn with large umbrella inflorescences of bright flowers. They decorate window sills, balconies, verandas, lawns and flower beds from spring to late autumn. Houseplant pelargonium, or, as it is more commonly called in everyday life, homemade geranium, flower growers have loved for several centuries for their exceptional unpretentiousness, rapid growth, abundant flowering and ease of reproduction.

The genus unites about 300 species of herbaceous plants, shrubs and shrubs, originally from South Africa. In indoor floriculture, pelargonium species obtained as a result of various interspecific crossings are mainly used. All the diversity of these species is divided into two large groups – bush and ampelous. Plants of the first group are divided into flowering (valued for bright inflorescences) and fragrant (for fragrant leaves).

The name of the genus comes from the Greek word pelargos – “stork”, according to the similarity of the fruit with the beak of a stork. 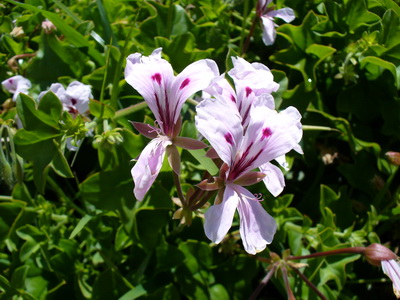 Fragrant Pelargonium (Pelargonium graveolens) is especially valued for its leaves rich in essential oils. According to its description, the pelargonium of this species is similar to the thyroid pelargonium, it differs only in a special aroma: rose, lemon or mint. 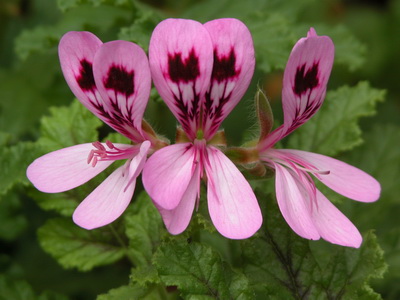 Large-flowered pelargonium (Pelargonium grandiflorum) , English or royal – a small shrub with stems woody in the lower part, large, rounded, finely toothed leaves with a folded surface, but without a characteristic border pattern. 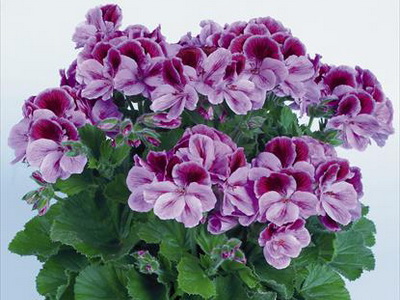 The flowers are large (up to 5-6 cm in diameter), simple or double, collected in dense inflorescences. Coloring ranges from white to various shades of red and purple.

Pelargonium zonale, or garden (Pelargonium zonale, hortorum) is one of the most sought-after species, as plants grow well both in room culture and in the open air. Instances from the garden , transplanted into containers in autumn, can bloom almost all year round. Not only compact and medium-sized varieties are popular, but also vigorous cultivars. 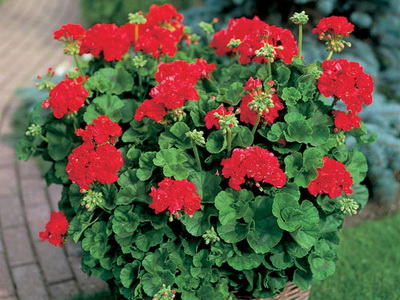 The name of this type of pelargonium is associated with a brownish horseshoe-shaped pattern on the leaves, which is more pronounced in plants growing in well-lit places. Individual flowers in umbellate inflorescences are simple, semi-double and double. Of particular interest are varieties with star-shaped flowers. 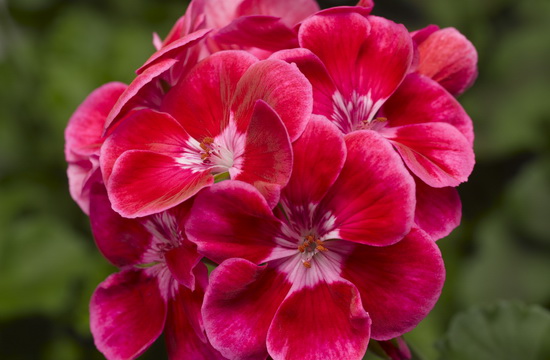 As you can see in the photo of the zonal pelargonium, its inflorescences seem to be collected from bird feathers – very light and delicate.

A separate direction in the selection of zonal pelargoniums is the breeding of varieties with colorful foliage: in addition to the characteristic horseshoe-shaped pattern on the leaves, a white border appears or the yellow color becomes the main one; There are various options for two and three color combinations.

Pelargonium domestic (Pelargonium x domesticum) is a cultivated species obtained by crossing several species. Evergreen shrub (up to 45 cm high) with lignified stems, serrated leaves along the edge and large inflorescences of white, pink, red, lilac color, as well as spots or stripes that appear in spring or early summer and completely hide the foliage. 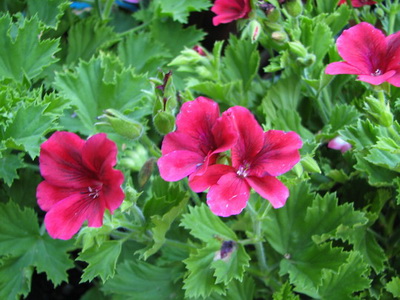 How to care for pelargonium

Pelargonium care at home consists in limiting the attention paid to this plant – it should not be watered, fed, sprayed often.

Bright lighting (especially in winter), moderately nutritious soil (it will grow on a fertile bush, but not bloom), periodically fertilizing with phosphorus-potassium fertilizers (for brightness of colors) and rejuvenating spring pruning – this is all you need to know about how to properly care for for pelargonium. If you follow the above rules, you can achieve good growth and abundant flowering.

All types of pelargonium are easily propagated by cuttings and seeds, but it should be borne in mind that varietal properties are fully reproduced only when cuttings.