Azalea (Azalea): species and varieties for growing in the garden 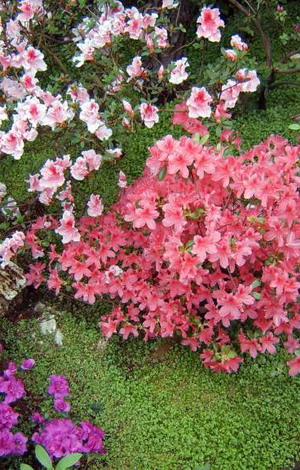 Azalea is a flowering perennial shrub that grows in China, Japan, India, North America, the mountainous regions of Siberia and the Caucasus.

Description: azalea flower is a representative of the heather family of the genus Rhododendron (Rhododendron). Evergreen or deciduous shrub, growing from 0.6 to 3 m tall with small elliptical leaves and funnel-shaped tubular or flat flowers appearing on the tops of last year’s shoots. Azalea flower is solid or variegated with white, pink, red, coral and purple color. The shape can be simple, terry or fringed. Depending on the timing of flowering, the azalea flower is divided into early-flowering (December-January), medium-flowering (January-March) and late-flowering (February-April). 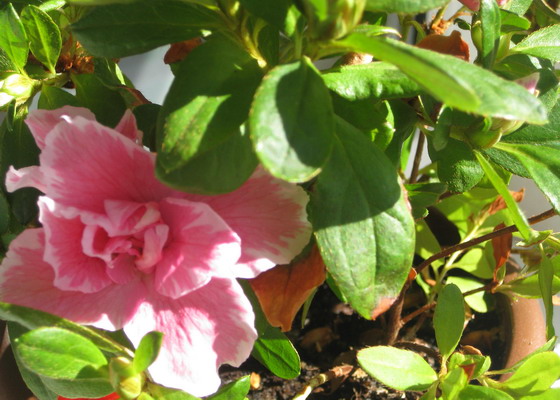 Adult azalea leaves in the photo

Foliage: lanceolate leaves 2 to 3.5 cm long, shiny dark green above, dull below, pubescent on both sides.

The plant is very demanding and capricious, requiring constant attention. Azalea – cultivation and care must be carried out in soil consisting of an acidic substrate with a high content of organic matter, capable of retaining moisture for a long time. Azalea loves the light, but does not tolerate direct sunlight, which leads to weakening of the plant, wrinkling of the leaves and falling of the buds.

The optimum temperature for plant maintenance is within +10 +15°С. However, during the formation of flower buds (October to December), for good flowering, it is recommended to keep the plant at a temperature of +5 to +8°C, and during the flowering period +13+18°C. The plant should be in constantly moist soil, and on hot dry days, the leaves should be sprayed 1-2 times a day. For irrigation, it is best to use rain, melted water or softened by boiling and settled water.

It is necessary to feed Azalea every 2 weeks with chlorine-free mineral fertilizers, and during the budding period, water with superphosphate in a ratio of 15 g per 10 liters of water. After the flowering period, the Azalea must be pruned, removing dried inflorescences, as well as strongly fattening and weak shoots, leaving 4-5 leaves on them. Young, too elongated shoots also need to be cut, and wilted flowers must be removed along with the pedicel.

More than 350 plant species are known. Azalea species are divided into 3 groups according to flowering time, and each of them has the most famous and sought-after varieties.

Azalea Adventglokhen (Rhododendron ramapo) – with bell-shaped flowers about 6 cm in diameter, slightly double at the edges or non-double, crimson red. 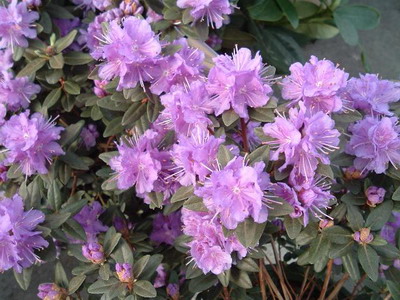 Dresden 1936 (Dresden) – with medium terry shiny flowers, up to 6 cm in diameter, salmon-pink. 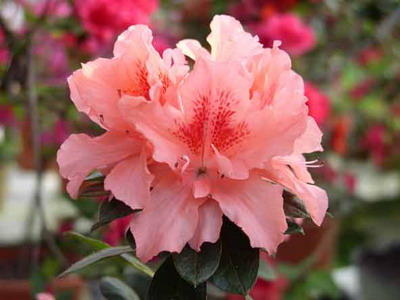 Doberlug (Doberlug) – with dark pink terry flowers framed with a white border with a diameter of 7.5 cm. 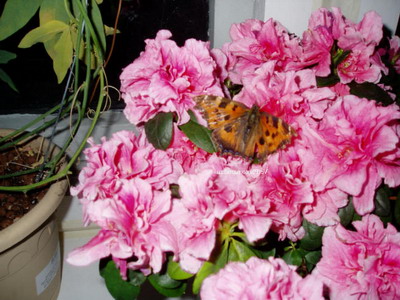 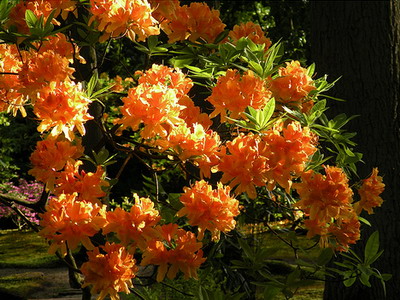 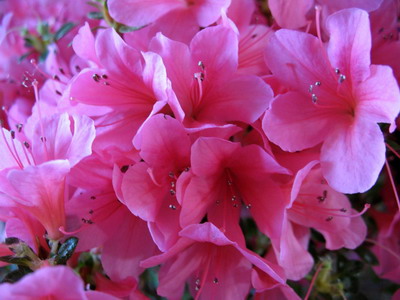 Eri (Rhododendron “Eri”) – with semi-double carmine-pink flowers with a diameter of 7 cm and with a white border. 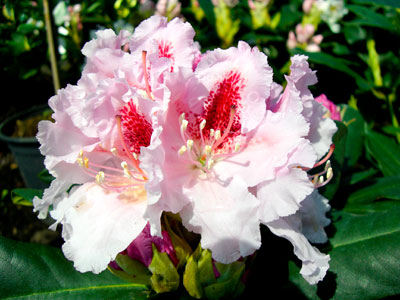 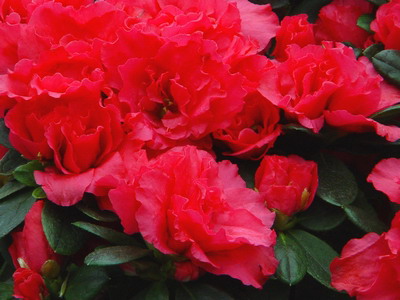 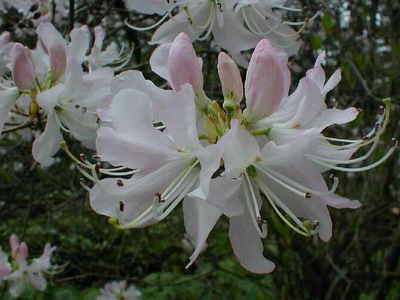 Albert-Elizabeth (Rhododendron Albert-Elizabeth) – soft pink or white with an inherent bright red border on the edges of the petals and double flowers 8.5 cm in diameter. 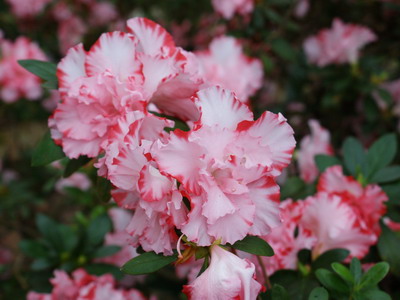 Apollo (Rhododendron Apollo PA) – with slightly double or non-double flowers up to 7 cm in diameter, with brick-red patterns from the base of the flower, wavy at the edges. 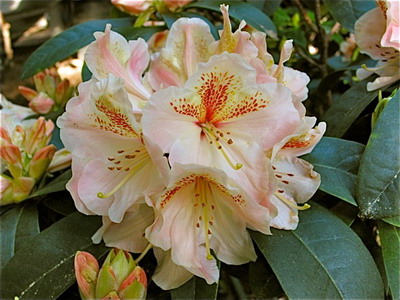 Leopold Astrid (Rhododendron “Astrid”) – with slightly corrugated along the edges double flowers of pale pink color and a red border, up to 7 cm in diameter. 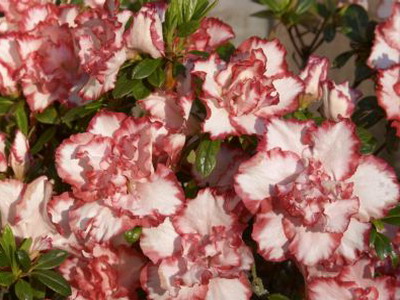 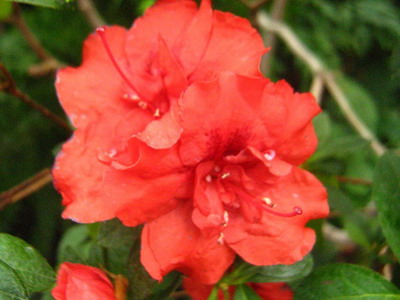 Max Sheme – with bright salmon color and irregularly shaped white border with double flowers and petals with a diameter of 6.5 cm, heavily corrugated along the edges. 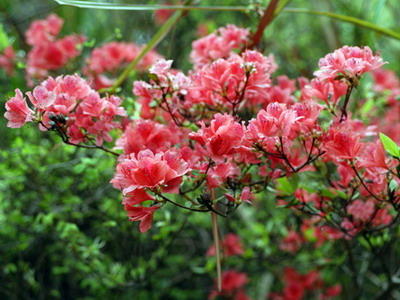 Florida (Rhododendron “Florida”) – with non-double and intense red flowers with a diameter of 5.5-6 cm. 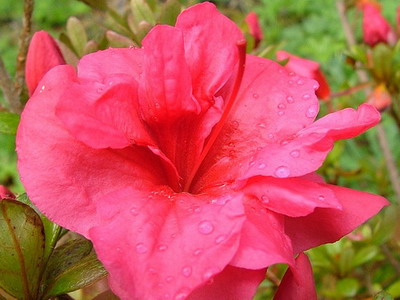 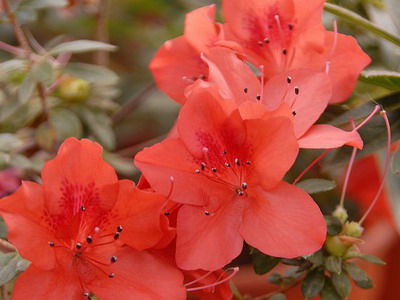 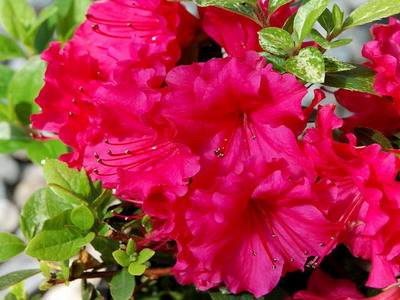 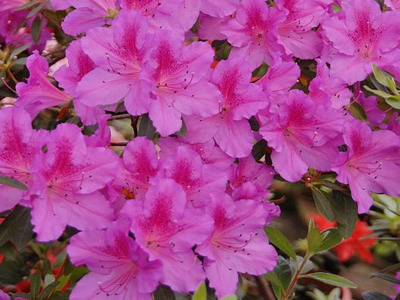 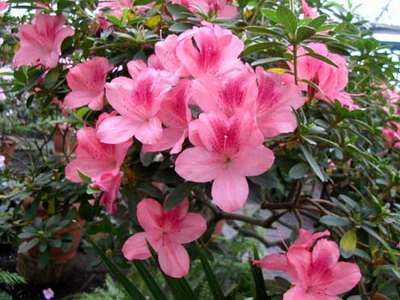 Sakuntala (Rhododendron “Sakuntala”) – with double white flowers and specks in a green throat, 7 cm in diameter. 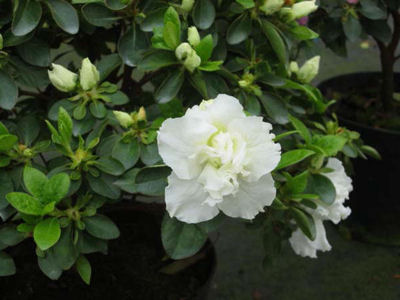 The Japanese azalea belongs to the most common indoor azaleas, but after flowering it can also be planted in the ground. It is a low shrub with small shiny leaves 3 to 5 cm long. It blooms profusely with 3 cm funnel-shaped flowers of various colors. In Japan, it has the status of a plant of national importance at the level of Sakura and is one of the main elements of the Japanese garden. 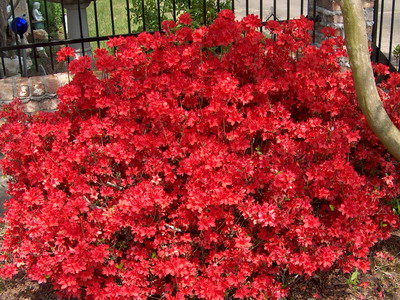 It is a small, up to 50 cm tall azalea indica shrub with small leaves. Young shoots are almost always covered with chestnut-brown or bright red bristly flat hairs. Flowers collected in inflorescences can be both double and non-double. They have a wide-funnel shape up to 3.5 cm in diameter and open simultaneously. Indian azalea flowers can range from white to bright red, not rarely 2 colors and even mottled. 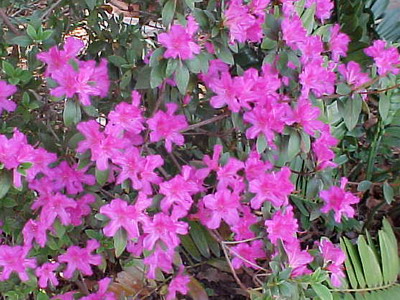 Azalea white is an ornamental, flowering shrub that resembles jasmine in its appearance. Grows up to 60cm tall. Flowers can be double or non-double, white or with a pinkish tint. The main feature of cultivation is that it cannot be planted next to azaleas of a different color – a white azalea can almost instantly change color. 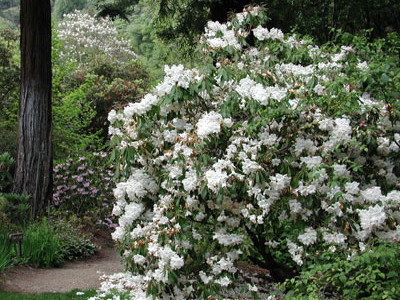