Anemone, anemone (Anemone) is a genus of perennial herbs of the ranunculaceae family (Ranunculaceae), about 120 species, found in the Northern Hemisphere everywhere, except for tropical zones.

Perennial rhizomatous or tuberous plants with erect stems 10 to 100 cm high, usually leafless, ending in a peduncle with a semi-umbellate inflorescence or a single flower. The leaves are palmately or pinnately dissected, collected in a basal rosette. Flowers with numerous stamens and pistils, 5-20 petals of various shapes and colors, large or small, yellow, red, white, pink, blue or blue. They bloom in early spring, summer or autumn. The fruit is a leaflet.

Anemones in nature grow in forests, steppes, meadows, some are found in the Russian and foreign Arctic, many species are used as ornamental plants.

When classifying, a group is separately distinguished that blooms in autumn : hybrid anemones (A. hybrida), felt (A. tomentosa), Hubei (A. hupehensis) and Japanese (A. japonica). 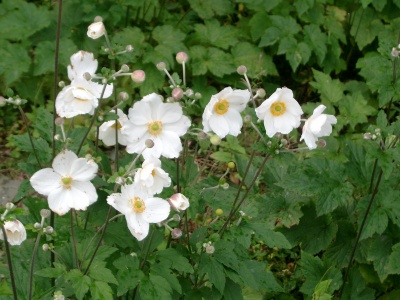 The remaining species are grouped according to the types of rhizomes. 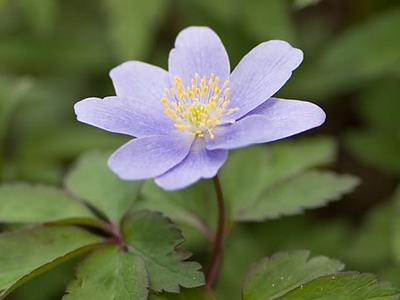 The second group is anemones with tuberous rhizomes and single flowers: Apennine (A. apennina), crowned (A. coronaria), tender (A. blanda), Caucasian (A. caucasica), garden (A. hortensis), sparkling (A. fulgens). 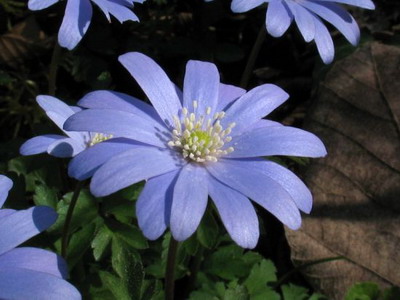 The third group – with a straight thickened rhizome and umbrella flowers, vegetating throughout the season, long-haired anemone (A. crinita) and beam, or daffodil (A. fasciculata L., A. narcissiflora). 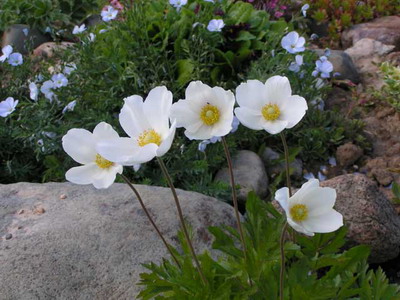 In the fourth group, there are anemones with strong roots that form root offspring and vegetate all season: Canadian (A. canadensis), forest (A. sylvestris) and forked (A. dichotoma). 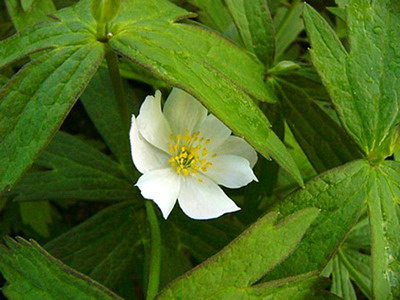 Botanists also classify the lumbago, or sleep-grass (Pulsatilla) and the liverwort (Hepatica) as an anemone genus. 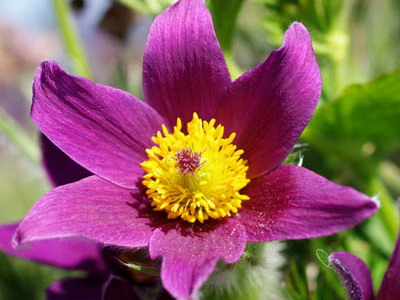 Some common decorative types of anemones: white, ranunculus and others

Below are photos of anemones of various types with descriptions:

Crown anemone – one of the most famous ornamental species, up to 45 cm in height, blooms in August-September with single large, up to 8 cm, simple or double flowers. Insufficiently hardy, requires shelter, or digging up tubers, which are planted again in the spring. Common varieties: double Lord Jim with blue, Don Juan with bright red flowers, simple Mr Focker with blue and De Koyan with flowers of various colors. 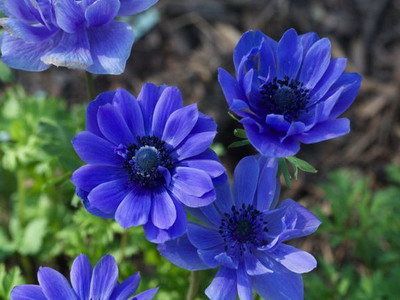 Tender anemone , 15-20 cm high, has chamomile flowers , solitary, about 7 cm in diameter. The initial appearance is blue-violet, there are varieties of different colors: Charme, pink with a white center, White Splender, white, Blue Shade blue. Blooms in early May for 3 weeks. 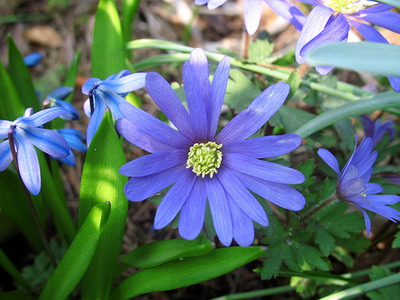 Canadian anemone , with long basal leaves and strong stems up to 60 cm high. Flowers are white, star-shaped, during the summer. They grow strongly, more suitable for gardens in a natural style. 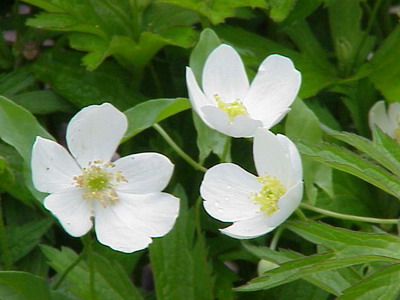 Forest anemone , a plant with a powerful rhizome, stems 20-50 cm high, basal leaves with petioles and large white flowers. It grows well, sometimes in flower beds it requires limiters. Blooms in the first – second decade of May. There are varieties with double flowers – sin Plena, Elise Feldman, Wienerwald, large-flowered Fruhlingszauber and Macrantha. 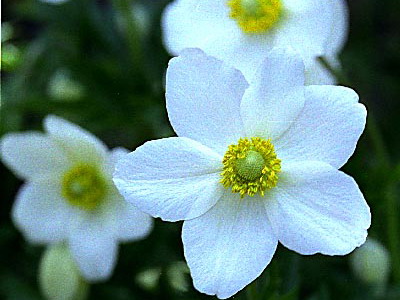 Ranunculus anemone , or buttercup, a common forest species with a creeping rhizome, grows in dense curtains 20-25 cm in height, flowers are bright yellow, up to 3 cm in diameter, solitary. Blooms in mid-May for 3 weeks. There are garden forms with double flowers and purple leaves. 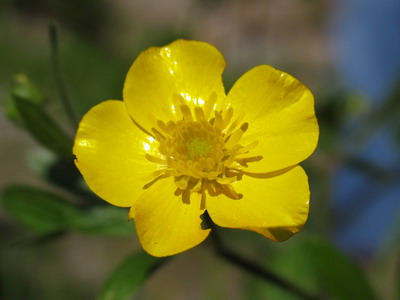 White anemone or oak anemone , another forest species, similar in many ways to the previous one, but with white flowers. There are varieties with simple and double flowers: white double Vestal, lilac-pink Robinsoniana with purple stems, blue Blue Beaty with large flowers and bronze leaves. 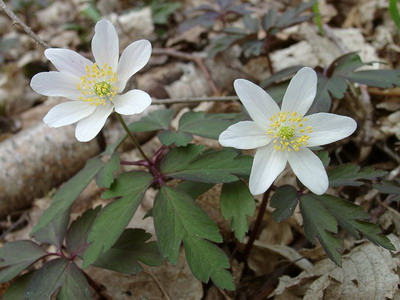 Growing anemones in the garden

Most species are planted in the shade or partial shade, under the canopy of trees or on the east and even north side of buildings.

Only a few anemones – natives of the Mediterranean and alpine meadows – are located on the southern slopes. These are crowned, Caucasian, tender anemones, as well as long-haired and narcissus-flowered anemones. 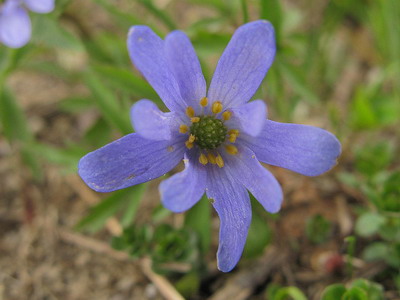 All anemones prefer light, moist without stagnation, humus-rich soils that have a slightly acidic and neutral reaction, and need moderate watering. Soil moisture is maintained not only during the growing season, but also after the death of the aerial parts, for which the plantings are mulched with peat, humus or fallen leaves. Light-loving crowned, Apennine and Caucasian anemones prefer an alkaline soil reaction, they are more drought-resistant.

When planting, the distance between undersized species is about 15 cm, tall – 40 cm.

If the anemone is planted under the canopy of trees in well-fertilized soil and mulched, then it does not require additional watering and top dressing. With a lack of nutrients, it is fed in early spring with urea, before flowering – with a complex mineral fertilizer.

Heat-loving species are not hardy enough and require careful shelter for the winter.

Rhizome species are propagated by root growth, division of bushes or segments of rhizomes. Planting root anemones is best done in the spring. The separated parts are planted to a depth of 8-10 cm, while the root neck should remain at the level of the soil.

In anemones – ephemeroids, the rhizomes are divided when the leaves are not yet completely dry. A piece with a renewal bud is disconnected and planted to a depth of 5 cm.

Tuberous ones are propagated by tubers, they are dug up after the end of the growing season, dried at 25 ° C, sorted, stored at 15-20 ° C until autumn, and at 3-5 ° C in winter. For spring flowering planted in October – November, for autumn – early spring. After winter storage, before planting, soak for a day in warm water.

Many species can be propagated by seed, planted in the ground in autumn or spring. During spring planting, the seeds are pre-stratified. Heat-loving species are planted only in spring. Shoots appear in 2-3 weeks, seedlings develop rapidly, bloom in the second year.

Not so long ago, one of the companies in the United...
Read more