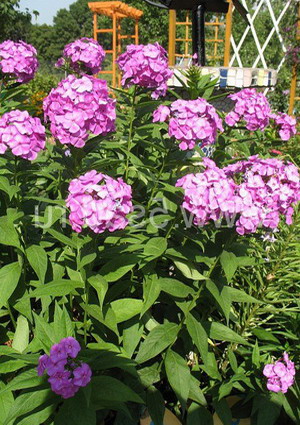 Description: This is a group of hardy plants, and their name means “flame”, which was obtained due to the bright shades of their flowers. Phloxes are excellent plants for planting in borders, rock gardens and beds. Annual phlox is often grown in greenhouses for spring and winter flowering. Because of the magnificent beauty of the flowers, they are often used for cutting. Growing conditions for different species vary slightly, for example, perennial phlox blooms profusely, usually in summer in full sunlight and hot, dry weather. The best time to plant is early fall or early spring.

Phloxes are easy to care for and can be grown both in the garden and in the greenhouse.

Lighting: full sun. These plants are often cultivated in a greenhouse with good bright lighting.

Soil type: Phloxes, which are not so difficult to care for, grow well in well-drained, moist, sandy soil. If the soil in the garden is sandy, and it does not have enough nutrients, then it is better to plant these plants in partial shade so that the soil does not dry out during the hot part of the day. For good flower development, it is recommended to place a large amount of rotten compost in the bottom layer of soil.

Watering: The soil should be kept moist at all times. It is advisable to use warm water.

Fertilizers: A full set of top dressings should be made in the spring before intensive growth begins. When the root system of the flower is finally formed and the pot is full of healthy roots, you can apply liquid fertilizer once a week.

Reproduction: carried out by planting seeds or division. If you decide to plant seeds, then they should be cooled in the refrigerator a week before planting. The temperature should be about 18 ° C, and the composition of the soil is as follows: 2 parts loam, 1 part peat moss, and it is also desirable to add a large amount of sand. If the flowers are grown in a greenhouse, then the seeds can be planted in pots with sandy soil between August and February. Thus, flowering will be late winter or early spring. 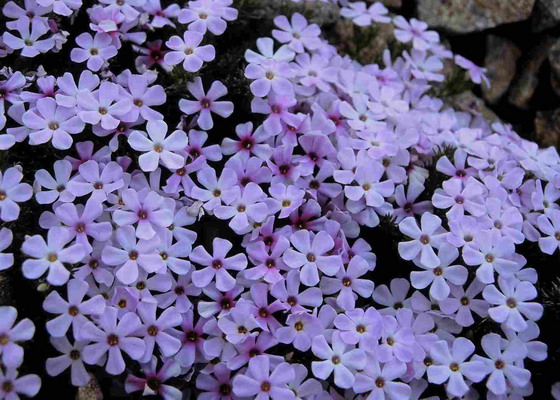 Perennial phlox shrub in the photo.

Perennial phlox that bloom in summer can be easily propagated by division, which is best done in spring or summer. It is advisable to take those shoots on which there are no flowers. They need to be planted in a shady location in sandy soil. Water immediately after planting. Also, this type of plant can be propagated by dividing the rhizome in early autumn. But, as practice shows, perennial species reproduce best by dividing large groups of flowers into small ones. This should be done in October or early spring, and then immediately replant the separated shoots.

Pests: In early spring, young shoots can be damaged by slugs. It is also known that these plants can be harmed by nematodes. To avoid this, it is necessary to sterilize the soil.

Additionally: Phlox, which are not so difficult to grow, do well if the soil around them is mulched. This is due to the fact that their root system is superficial. It is best to mulch the soil with compost, peat moss or manure. In autumn, when the foliage falls, the stems should be cut about 5 cm from the ground. You can trim the stems when they reach 15 cm, in which case the plant will have the shape of a bush, but the flowers will be smaller.

This species is very famous and is very popular with gardeners. Phlox subulate has a pink or purple hue of flowers. Flowering begins in late spring, and each flower consists of five petals. Flowers appear in small groups of 4 to 5. In height, this variety reaches 15 cm. 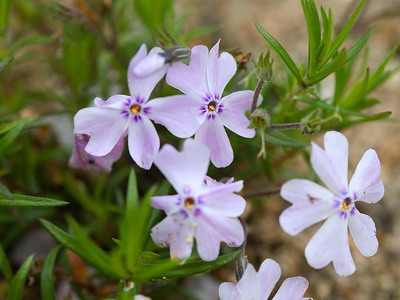 This species has narrow, serrated foliage up to 12 cm long. Phlox paniculata has fragrant flowering, and the flowers themselves reach 2-3 cm. They appear in large groups on tall stems. Mainly used for growing in borders. 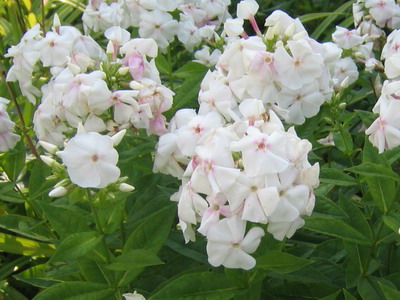 This species has thin, lanceolate, small leaves. Phlox Douglas has a variety of shades of colors. They can be white, blue or pink. They appear in late spring or early summer. 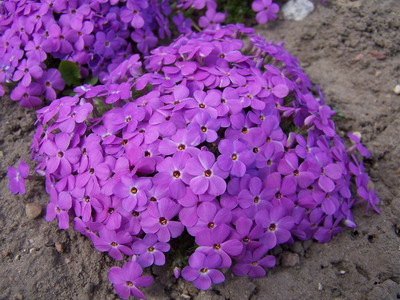 Begonia in the house – the key to a good mood

Perhaps, for every housewife who cannot indifferently pass by beautiful, original...
Read more