There are true bulbs, consisting of scale leaves, like those of tulips and daffodils , but there are also corms, tubers and rhizomes. We suggest that you familiarize yourself with the names of indoor bulbous plants, the photos of which are presented on this page. In this article, you will learn about Canna, Eucomis, Freesia, Hippeastrum, Ipheion, Ixia, Nerine, Depp’s Oxalis, Zantedeschia and Weltheimia.

Some indoor bulbous flowers retain their foliage, but most have a dormant period during which they shed their leaves. These are exactly the flowers that we usually call bulbous.

Indoor bulbous plants cannot tolerate frost. They remain in the pot when their foliage dies off. The soil is kept practically dry until growth begins again. Some, such as cannes, contain otherwise.

Indoor bulbous flowers and their photos: canna, eucomis and freesia

Canna hybrida (Canna hybrida) is a large, showy and colorful plant. She has large flowers on peduncles 60 cm-1 m high. There is an amazing variety of varieties – with plain, striped or spotted flowers, as well as with different colors of leaves. 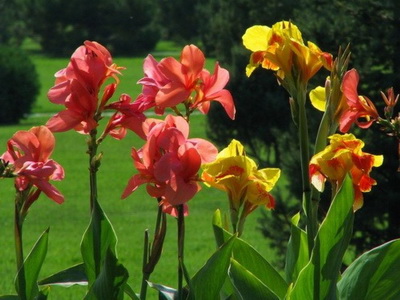 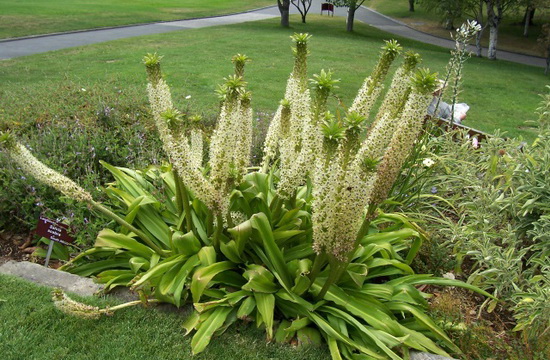 Pay attention to the photo of the indoor bulbous plant Eucomis crested (Eucomis comosa) – it has such long leaves that it needs a lot of space.

The leaves form a large rosette, and a cylindrical inflorescence of small flowers is crowned with a rosette of leaves.

Freesia hybrid (Freesia hybrida) has funnel-shaped flowers on one side of a thin, strong peduncle 30-45 cm long. All varieties are fragrant. 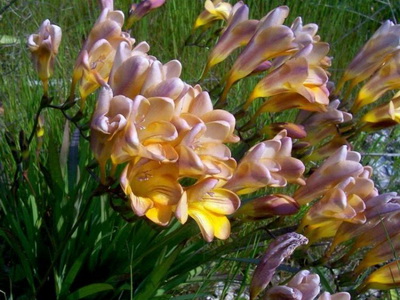 Its hybrids have a wide variety of flower colors; petals can be bordered or striped in other colors. 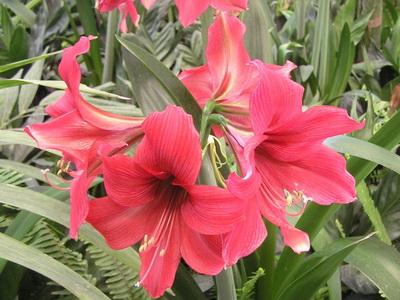 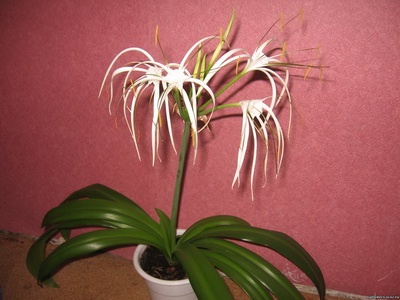 Bulb houseplant zantedeschia and its photo

Ethiopian Zantedeschia (Zantedeschia aethiopica) is one of the most attractive flower plants. Zantedeschia flowers, pointing upwards, appear in early spring on peduncles 1 m high. Hybrids have bedspreads of various colors. 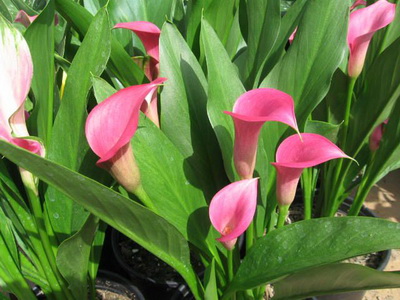 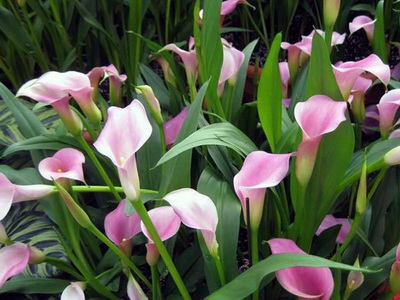 Large-flowered zephyranthes (Zephyranthes grandiflora) at the beginning of summer forms peduncles 15 cm high, each of which bears a crocus-like flower, star-shaped in full dissolution. There are several large-flowered hybrids. 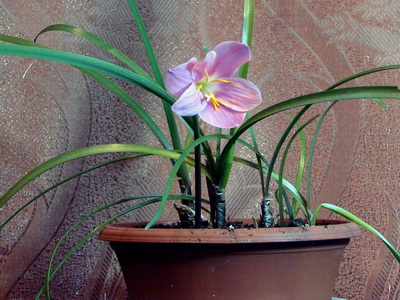 Indoor bulbous flowers, the names of which we suggest you familiarize yourself with below, are temporary decorative and are divided into two groups. There are garden bulbs that should be subjected to low temperatures during the rooting stage and brought into the room only when the buds have formed. The second group are those that can tolerate frost well.

Ipheion single-flowered (Ipheion uniflorum) is a short growing plant. Its star-shaped flowers appear in spring at the top of a 15 cm long peduncle. Blue or white flowers have a pleasant aroma. 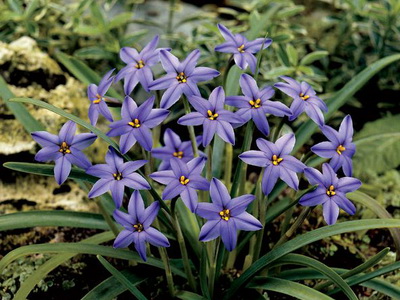 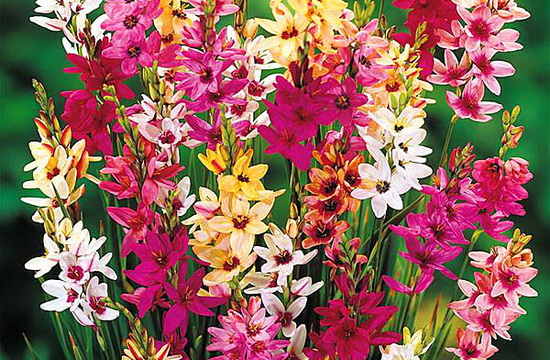 Pay attention to the photo of bulbous indoor flowers Ixia hybrida (Ixia hybrida) – they are famous for their characteristic bright flowers with 6 petals and a dark center on thin vertical peduncles. Blooms in early summer.

Nerine of Guernsey (Nerine sarniensis) has white, orange or red flowers with narrow petals, densely clustered at the top of the stems. Leaves appear after flowering.

Less common is the sinuous nerine; its inflorescences of pink or white bells with wavy petals appear in autumn on peduncles 60 cm high. 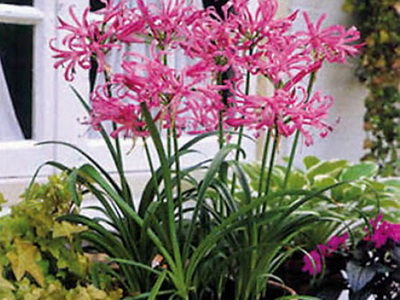 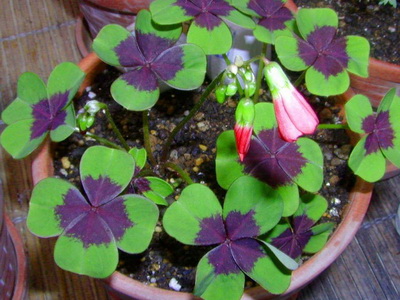 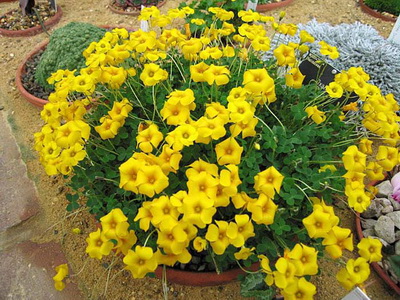 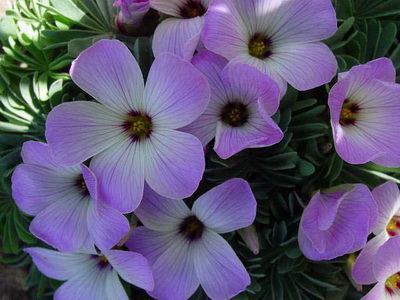 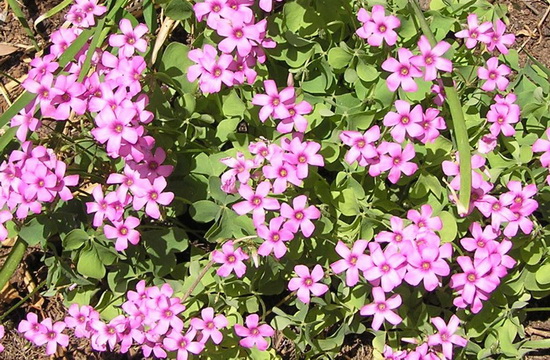 As you can see in the photo, these indoor bulbous plants look like clover , their leaves fold at night.

Cape Veltheimia (Veltheimia capensis) is well suited for growing indoors. Plant a large bulb in early autumn, and after 3 or 4 months, a 30 cm high peduncle will appear from the center of the leaf rosette, on which there will be about 60 small bell-shaped flowers. 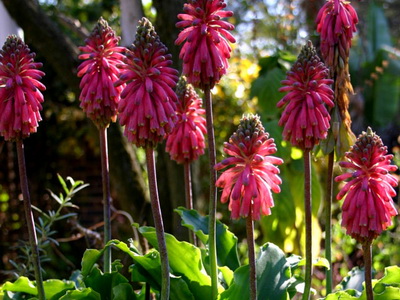