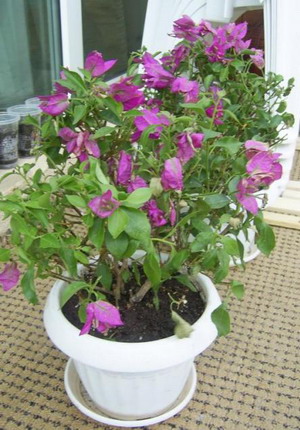 Azalea indoor – a perennial plant, belongs to the heather family and the genus of rhododendrons (Rhododendron). The ancestor of azaleas of cultivated indoor varieties is the Indian Rhododendron (Rhododendron indicum) – a natural species.

Description: the most common indoor azalea is found in 2 types – Indian and Japanese , but the most popular Indian (rhododendron simsii). It is an evergreen small shrub up to 50 cm tall. Almost always, young shoots are covered with bright red or chestnut-brown, flat and bristly hairs. Small, short-leaved up to 3.5 cm long leaves are dark green above, and light green below are covered with reddish hairs. The flowers, from 3 to 5 cm in diameter, are broadly funnel-shaped, collected in inflorescences and can be non-double and double. open at the same time. The color of room azalea is from white to bright red. Quite often, the flower is two-colored: white with a pink middle, framed along the edge with a border and even speckled. Azalea is very popular due to its beauty and the fact that its flowering occurs in winter, when most houseplants are at rest.

How to care for an azalea room

Azalea indoor – a capricious plant that requires careful care. How to care for room azalea: the plant loves coolness, the optimum temperature is +10 +15 ° С. This temperature regime stimulates flowering that occurs in late winter – early spring. To extend the flowering period, you need to lower the temperature of the content to + 8 ° C. It is necessary to water the plant with softened water (thawed, rain or boiled sludge) in such a way that the soil is always moist, but not sour. In a warm and dry room, the azalea must be moistened by spraying 1-2 times a day. 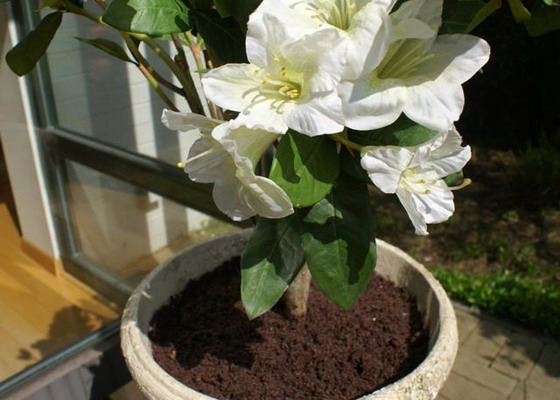 The plant should be placed in a well-lit place, but not under direct sunlight. After the flowering period, all faded flowers must be removed along with the pedicel. Browned leaves are also removed. A month after flowering, when 3-4 pairs of leaves appear on young shoots, pinch the tops of the shoots. The procedure is repeated 3 times a year. The last time before the start of laying buds is in July, early August. This is a mandatory procedure that increases the intensity of flowering.

It is necessary to transplant an adult, older than 3 years, plant once every 2 years, and a young one annually into a soil composition of river sand, coniferous soil and peat in a ratio of 0.5: 2: 1. Since the root system of azaleas is located horizontally, you need to transplant into a wide flat pot. 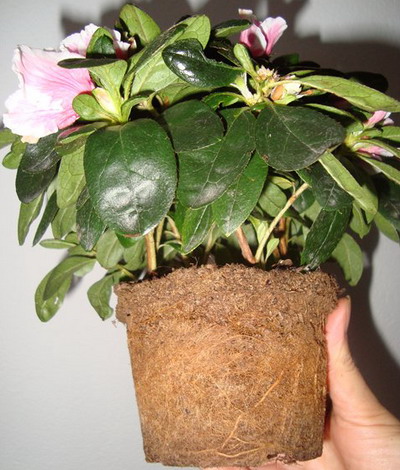 In winter and autumn, the plant should be fed once every 2 weeks in the evenings after watering with a chlorine-free mineral fertilizer or a special fertilizer for azaleas. It is recommended to water the azalea with a plant acidifier. For example: for 1 liter of water, 2 g of citric acid. With proper care, the azalea blooms so profusely that no leaves can be seen behind its flowers.

Indoor azalea is exposed to the following types of disease: shriveled or falling leaves – insufficient watering, insufficient air humidity, exposure to bright sunlight, or too high a temperature in the room. Short flowering period – the same reasons. Yellowed leaves – excessive dampness or too hard water is used for irrigation. Poor growth, poor budding, browning of leaves and lack of flowering – land unsuitable for planting azalea or lack of timely feeding, as well as fertilizer with inappropriate preparations.

"A beautifully assembled group of flowers" - this is how the...
Read more

Horse Chestnut tree: flowering, where it grows and what it looks like

Alpine aster is a member of the Compositae family. In another...
Read more