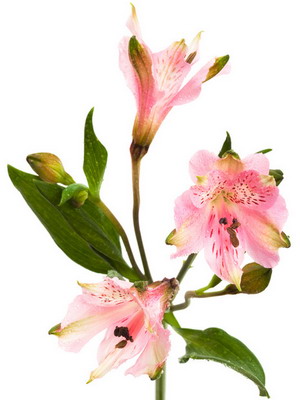 The Alstroemeria flower resembles a miniature lily and is very often used in bouquets and arrangements in the cut flower trade. It is a South American genus of 50 plant species, mostly found in the cold mountain regions of the Andes, commonly known as the Peruvian or Parrot Lily, and the Lily of the Incas.

Photo and description of alstroemeria flower

The Alstroemeria flower is a slightly zygomorphic (bilaterally symmetrical) flower, having 3 sepals and, in most cases, 3 striped petals. The sepals and petals are similar in color and texture, i.e. there are no dense green sepals. She has 6 stamens and an unbranched style. The ovary is inferior with 3 carpels. Alstroemeria flowers are more like grass, in which the veins on the leaves rise to the top, but do not branch out. This can be seen, among other things, in iris and lilies. Alstroemeria leaves are turned upside down. The leaf is twisted as if coming off the stem, so that the base is facing up. 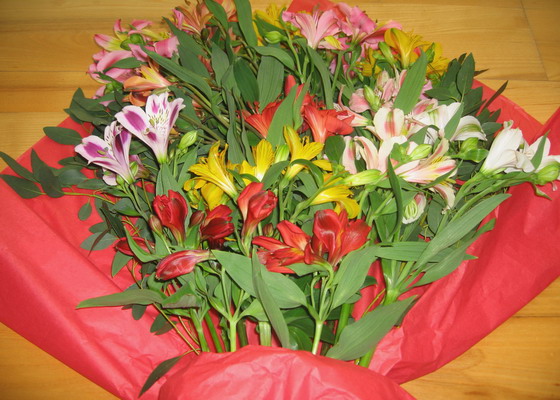 A bouquet of alstroemeria flowers in the photo

If you look at the stalk of alstroemeria, you can sometimes see a contour with a spiral growth, which is associated with the production of new cells in a spiral sequence, this determines the direction of movement of the top.

In the event that the soil is very hot (above 22 degrees Celsius), the Alstroemeria plant concentrates on producing larger tuberous roots at the expense of flowering shoots. In some cases, this can result in exceptionally undeveloped stems with no flowers.

Common types and flowers of alstroemeria

Alstroemeria golden (Alstroemeria aurea) . This plant with orange flowers, native to Chile, reaches a height of 90 cm. It is used to create hair ornaments for special occasions in flower shops. 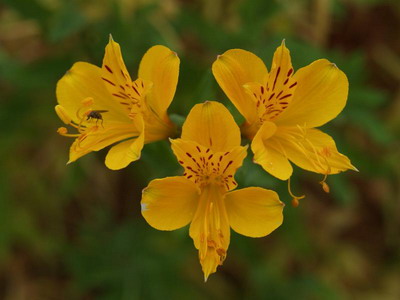 Peruvian Alstroemeria (Alstroemeria aurantiaca) . It is also called the Peruvian Lily. It withstands low temperatures very well, it can be grown outdoors. 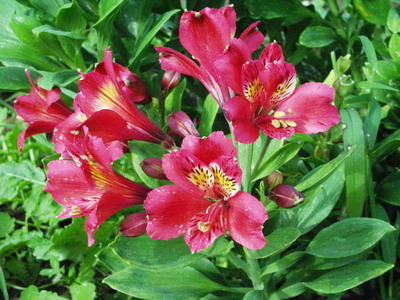 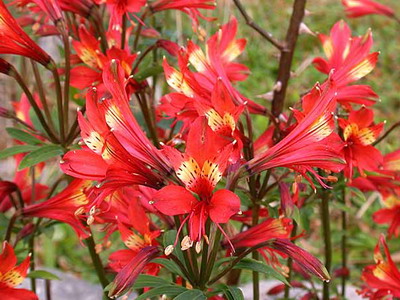 Alstroemeria blood-flowered (Alstroemeria haemantha) . Differs in fleshy roots, in an inflorescence there can be up to 15 flowers. 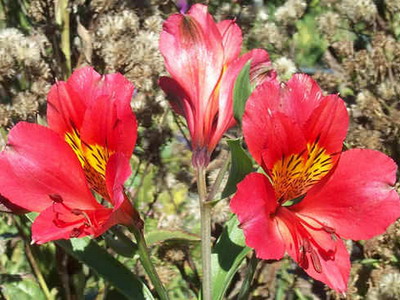 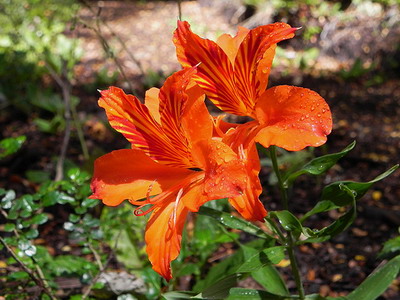 Pretty Alstroemeria (Alstroemeria psittacina) . It grows up to 60 cm, has spreading stems and tuberous roots. 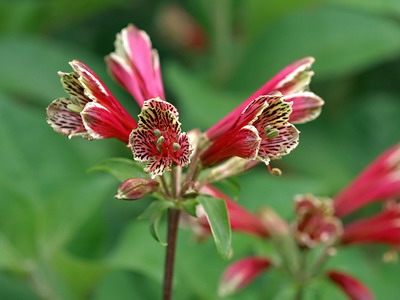 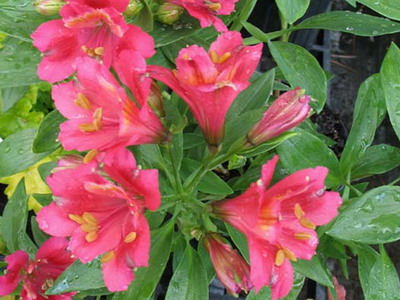 It should be planted in a well-drained area of soil in sunny weather. Add a small amount of organic fertilizer to the planting hole. Position the plants no deeper than they would be if they were growing in containers. 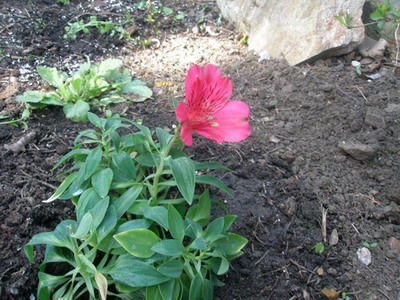 Plant plants 30 cm apart. Mulch a 7.5 cm layer of organic compost around the plants, except for their tops. Water thoroughly, completely moistening the soil.

What kind of care does alstroemeria require?

Cut off old flower stalks with garden shears. In early spring, mulch 7.5 cm thick around the plants with organic fertilizer, except for the tops. Water abundantly every week until the soil is completely moistened, especially in summer when there is no rain.

Alstroemeria does not require much attention during care. During the first year, it blooms slightly. A tuberous plant will be viable with proper care. 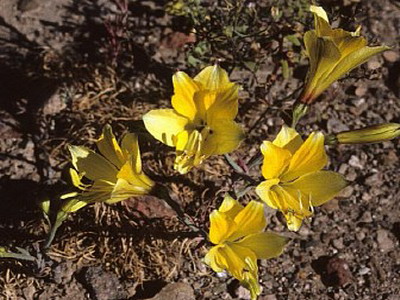