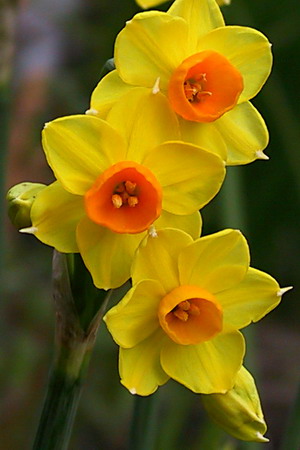 Description: almost every one of us is familiar with the yellow tubular daffodils, which every year notify us of the arrival of spring. These magnificent plants are easy to grow. Since the bulbs are poisonous, livestock, mice and other rodents do not harm them. These flowers are well acclimatized and look great in mass planting. Growth comes from bulbs. Flowers consist of a central calyx or tube, often called a crown. It is surrounded by six petals, which are called perianths. Narcissus, whose flower has different shades, can be yellow or white, orange or pink. Many varieties have bicolor flowers. The height of the plant is usually between 10 and 50 cm. They are often used for greenhouse cultivation and also for cutting. In total there are about 50 species. Most of them are grown in gardens, and many hybrids have been bred from them. But there are also species adapted to home conditions, for example, indoor daffodil. 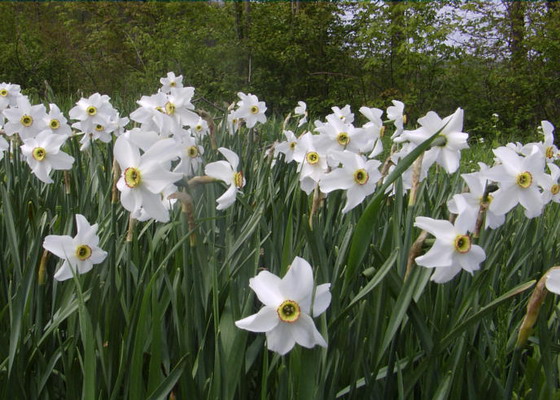 White daffodils in their natural environment in the photo.

Care: the difficulty lies in planting the bulbs, as it all depends on the climate. Narcissus, which is not so difficult to care for, requires planting bulbs in the autumn, but it should be borne in mind that if the climatic conditions are cold, then the bulbs should be planted in early autumn, since in this case they will grow roots before the first frost.

Lighting: full sun or partial shade. Well suited places under deciduous trees. The plants will flower and develop well in the spring before the leaves appear on the trees. When grown indoors, indirect sunlight from the west, east, or south is best.

Planting: plants should be planted in the ground at 15 cm or to a depth quantitatively equal to three times the width of the bulb. For the best effect, it is recommended to plant daffodils in a group of 12 or more.

Soil Type: The soil should have good drainage. If the soil is not drained, the bulbs may rot in too wet soil.

Fertilizers: Feeding should not be done during planting, but fertilization can be done in early spring after flowering.

Additionally: when the daffodils fade, the leaves should die off on their own. Thus, the plants provide themselves with nutrients for the next year. Narcissus, which is used for garden decoration, can be partially hidden due to nondescript foliage. This is achieved by planting it with perennials such as hosta or daylilies. It is also necessary to take into account that the bulbs need a cold period.

All daffodils are divided into groups. The most common of them are described below.

This is a classic variety, ideal for cutting. Each stem has one large flower and the foliage is grey-green. They bloom in early to mid-spring and grow well in northern countries.

The following popular varieties have been developed: “King Alfred” (King Alfred) – one of the most famous species with standard yellow flowers in the likeness of jonquilia ; “Mount Hood” – its flowers are white in color, which turn slightly yellow when opened. Narcissus, whose varieties are numerous, also has miniature species, such as “Little Pearl” (Little Gem) and “Lilliput” (Midget) . 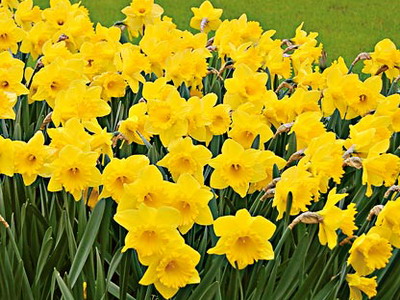 This type is usually chosen for beds, cuttings or growing in greenhouses. Flowers are yellow, orange, pink or red. Sometimes white is also found. Popular selections include the following varieties: “Carlton” (Carlton) , famous for its pleasant aroma and Salome (Salome) , which has white petals and a pink calyx framed in golden color. 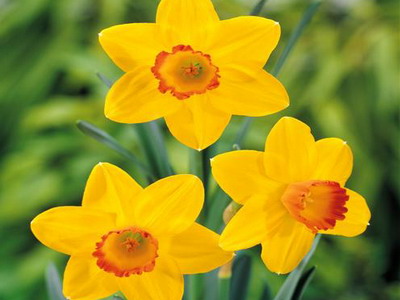 These daffodils have the longest lifespan and bloom from mid to late spring. Plant height is from 35 to 45 cm. The well-known variety “Barrett Browning” (Barrett Browning) has white petals and an orange-red calyx. 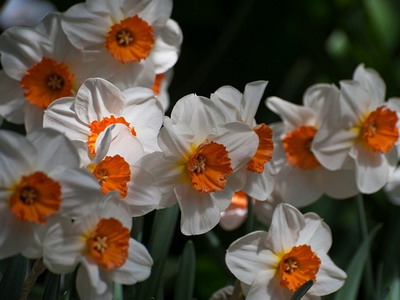 This type of daffodil has a central group of petals instead of a single tube. They may have a single bloom or up to 20 flowers per stem. Terry daffodils are great for cutting. 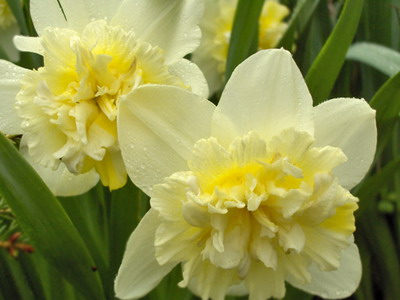 The petals on the flowers are wrapped, thus giving them the appearance of “unprotected from the wind.” They are often used for borders and stone gardens. Among other flowers, these daffodils bloom first. They are also grown in greenhouses. In this type, there are species such as “Beryl” (Beryl) , “Jack Snipe” (Jack Snipe) and “Jetfire” (Jetfire) . 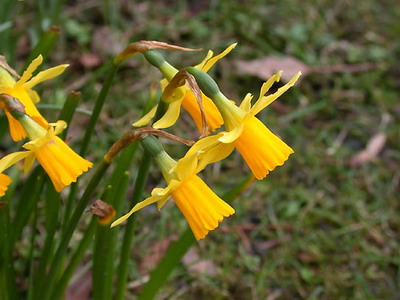 These daffodils bloom from mid to late spring and often have fragrant flowers. They reach a height of 30 to 40 cm. The foliage is narrow, similar to grass. Each stem has several flowers. The following species are widespread in this type: “Baby Moon” (Baby Moon ) with miniature yellow flowers, “Bell Song” (Bell Song), which grows clustered white flowers with pink cups. 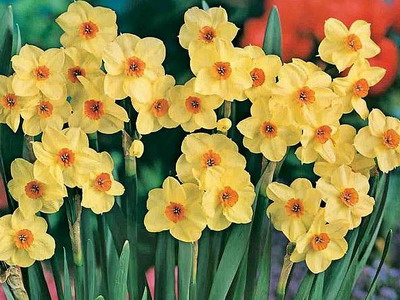 This type of daffodil has large white petals on flowers with small cups framed in red. Among other species, they bloom last. 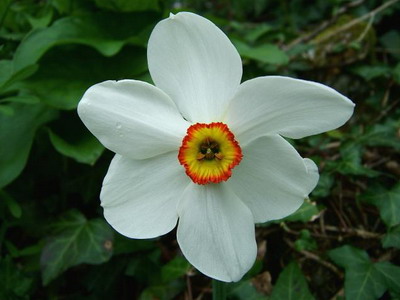