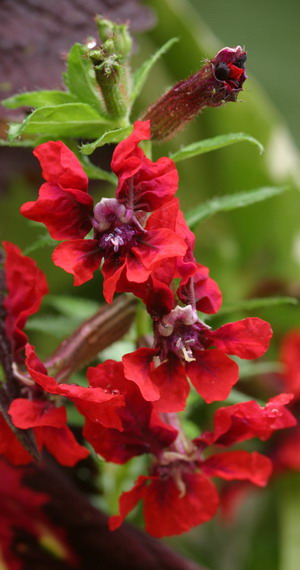 Description: Kufeya is an upright plant of medium size. A feature is its flowering from a huge abundance of tiny flowers to a small number of large flowers with an unusual shape.

Soil Type: To ensure the best growth of kufei, you will need good soil for growing in pots. The soil must be well-drained and retain moisture at the same time.

Watering: The soil should be kept evenly moist, and if you use rainwater for irrigation, be careful as it may contain harmful pesticides. It is advisable to water the plant with warm water.

Fertilizer: From April to August, it is necessary to regularly feed with a solution of mineral fertilizers for indoor plants. Top dressing is carried out every two weeks.

Pests: There is a tendency to infestation with spider mites, but this happens very rarely. Before planting a flower at home or in a greenhouse, carefully inspect it for parasites and possible signs of disease.

Reproduction: carried out by planting kufei seeds or a cut stem. It is best to propagate the plant during the period from spring to summer. For any type of propagation, it is best to use soil that has been pre-mixed with perlite or moist peat. A pot with a plant can be covered with plastic wrap tied around the contour of the pot, thereby avoiding excessive evaporation of moisture. Lighting can be either solar (indirect rays) or fluorescent. After the flower sprouts a little, plant it in the soil of the usual composition.

This species is widely distributed in floriculture. The growth of its shoots has different directions, and they form a compact dense bush, on which small countless flowers of a wine-red hue are formed. The flower looks equally impressive both in hanging baskets and in containers. 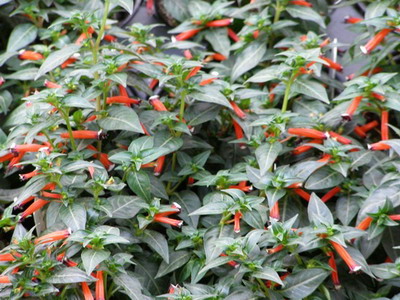 Propagation of this plant is easy to carry out by stem cuttings, which must be cut and rooted in the autumn period, starting in September. In June of the following year, specimens growing from them begin to bloom. Even with the onset of frost, the buds also open, and only colder frosts can destroy the plant.

It is a small annual plant about 40 cm high. Its stems extend along the ground and branch heavily. The color of the leaves is dark green. The shade of the flowers is lilac, but sometimes there are purple and white. Kufei prostrate is best propagated by seeds. 1 g contains about 300 seeds. To get 100 kufei bushes, you need only 1 g of seeds. 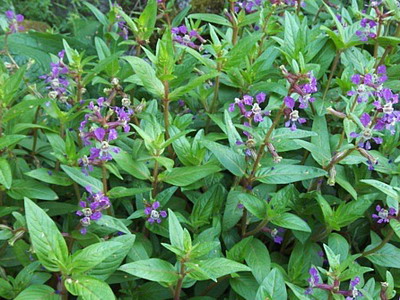 Seeds of kufei prostrate are almost impossible to acquire, and you can admire it only in the botanical garden. But in the presence of seeds, it is not more difficult to grow a flower than other types of it. Seeds can be sown either indoors in March-April, or directly in open ground in May. The development of kufei from seeds is very fast, and if planted early, flowering will begin as early as the end of June and last until September.

This species is known as a popular houseplant. But it can also be used to decorate flower beds in the garden. During development, a low compact bush is formed, on which tubular flowers grow in the form of cigars. The corollas have a bright red color, against which a purple throat and a white spot clearly stand out. 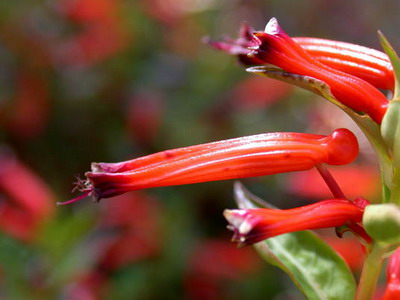 Kufeya fiery red looks great not only in the flower garden, but also in containers installed in the patio. Due to the fact that the flower is very thermophilic, it cannot be taken out of the room before the end of May. If direct sunlight falls on the kufei, then it needs abundant watering.

It is worth noting that this kufeya is easily propagated by stem cuttings rooted in the summer and then grown indoors and is best grown as an annual crop. Seeds should be sown indoors between March and April. 1 g contains about 700 seeds. Before flowering from the moment of sowing, as a rule, 3 months pass, so young plants begin to bloom in May. If you sow the seeds in May in open ground, then the flowering of kufei will continue from August until the very frost.

Epiphyllum (Epiphyllum) is a bright representative of the Cactus family. Homeland -...
Read more