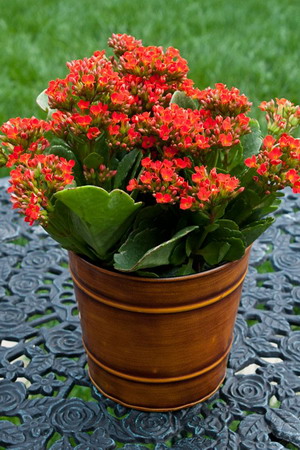 Many flower growers will first of all remember the “surgeon without a knife” plant or indoor flower Kalanchoe (Kalanchoe), famous for its healing properties. These are small herbaceous perennials with succulent erect stems and fleshy triangular leaves, in the teeth of which young plants “sit”. Kalanchoe, judging by the description of its medicinal qualities, for a long time successfully competed with aloe for the title of “the most common, useful and hardy.”

The name of the genus “Kalanchoe” is a French phonetic transcription of the Chinese Kalan Chauhuy, which translates as “that which falls and grows” and is explained by the ability of some representatives (Degremont’s Kalanchoe, Serrated Kalanchoe and Pinnate Kalanchoe) to live birth, i.e. in these species, daughter plants are formed directly on the leaves. Almost the same meaning has the second name Kalanchoe – “bryophyllum” (BryophiLLum) – from the Greek words brio (“produce, grow luxuriantly” and phyllon – “leaf”).

The island of Madagascar is considered to be the birthplace of Kalanchoe (bryophyllum), and in total more than 200 species of these perennial plants are distributed in the tropical regions of Australia, Africa and New Guinea. As you can see in the photo, Kalanchoe can be upright and creeping, shrub and semi-shrub, but all varieties are characterized by the presence of dense, juicy leaves of saturated color. 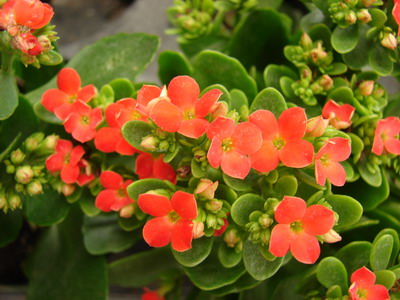 Varieties of Kalanchoe Blossfeld in the photo

Among the various varieties, there are also dwarf varieties about 15 cm high, and growing up to 1.5 m.

As a result of selection, numerous varieties of Kolanchoe with bright pure colors have been obtained: 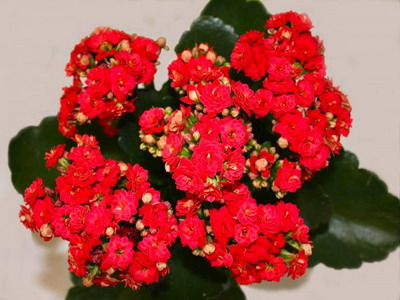 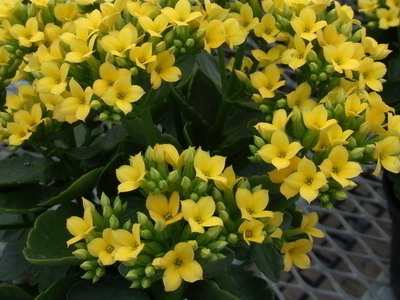 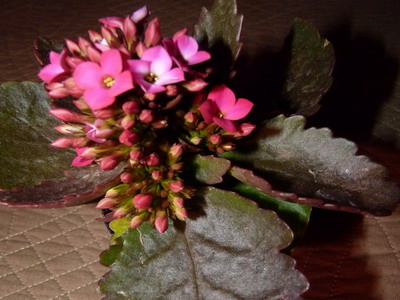 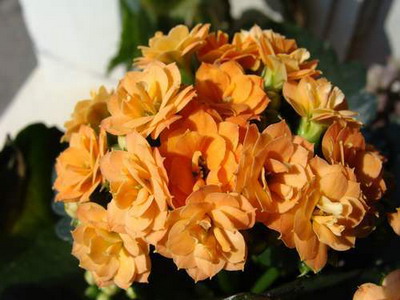 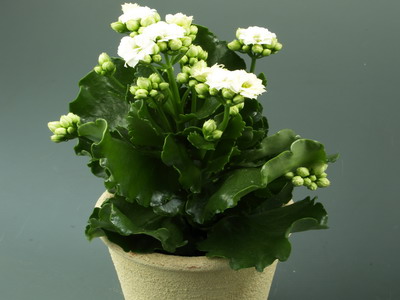 ‘Don Darcio’ flowers change petal color during flowering. Only a blossoming bud of a soft peach color, over time it acquires an intense pink hue. 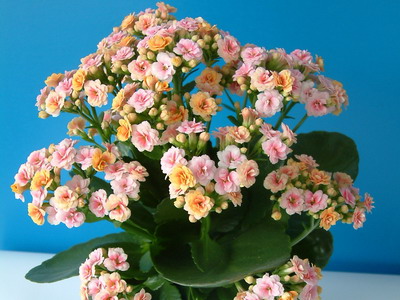 Separately, one can distinguish a variety obtained from Kalanchoe Blossfeld – ‘Calandiva’ . These varieties are most adapted to room conditions. As can be seen in the photo, Kalanchoe of this variety are distinguished by their compact size and large flowers with petals arranged in several layers. 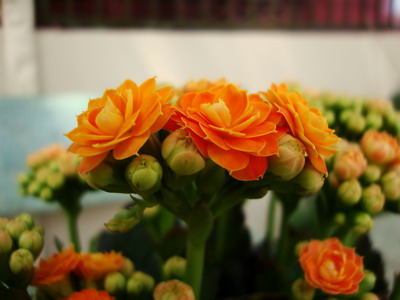 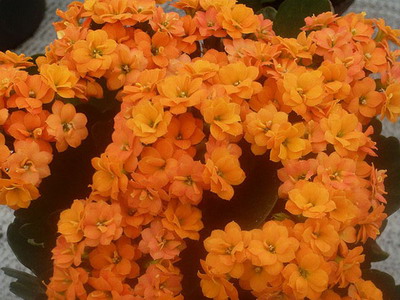 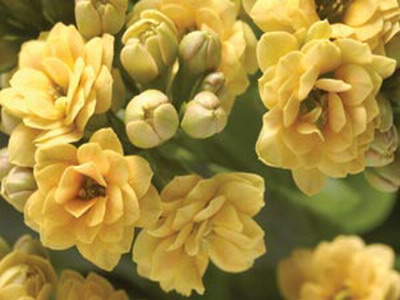 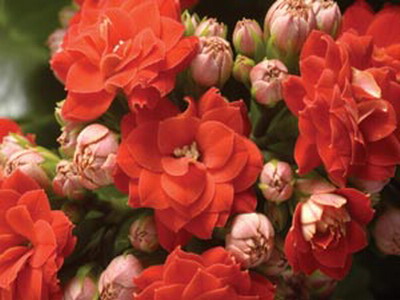 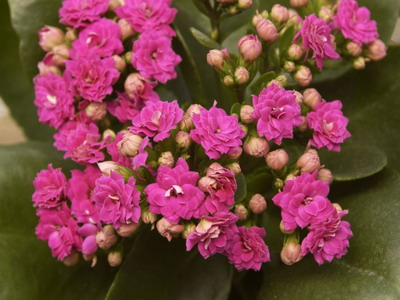 And ‘Calandiva La Douce’ are pink. 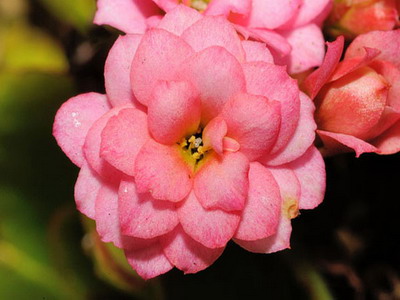 ‘Calandiva Monroe’ is a white variety. 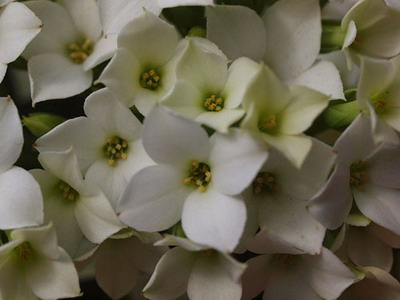 The ‘Rosalina’ group of varieties is not inferior to roses in the beauty of its double flowers. 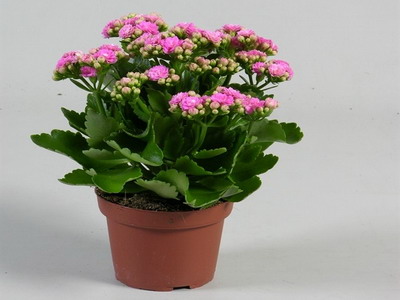 There are varieties with yellow flowers – ‘Rosalina Don Frederico’ . 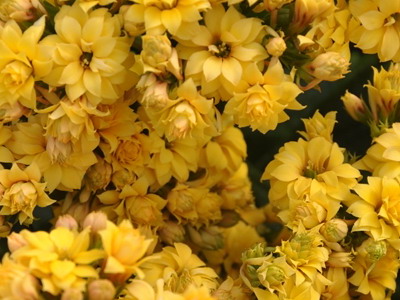 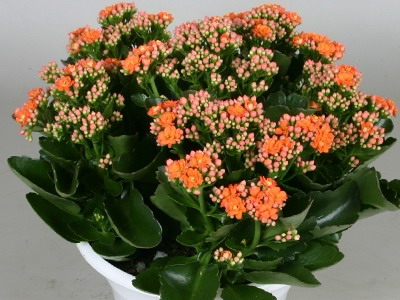 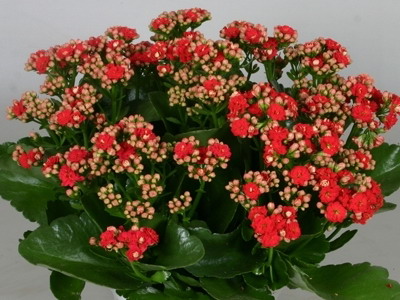 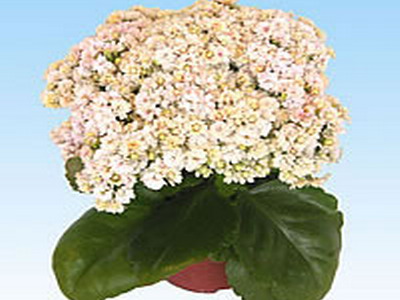 New terry varieties from the ‘Roseflower’ group are also available, in shades ranging from red to lilac. 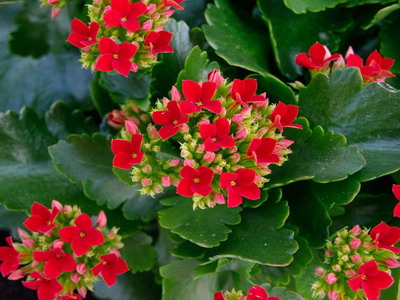 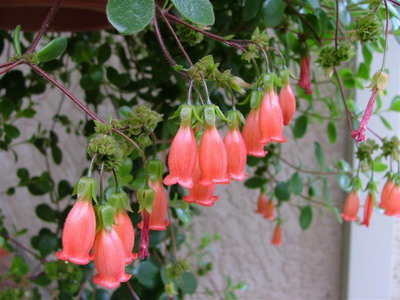 Care for Kalanchoe at home

Despite the fact that Kalanchoe belongs to succulents, flowering species should not be tested for survival. If you want your plant to bloom again, there are several conditions that must be met. A well-lit place is chosen for placement, Kalanchoe loves the sun, but it is better to protect it from direct rays. The optimum temperature for plant development is +15 … +20 °C, in winter it is not lower than +10 °C. Summer temperature drops are not dangerous, so you can safely take the plant to the garden or balcony.

Water abundantly in summer; in winter, like many other succulents, very limited. When caring for at home, Kalanchoe does not need to be sprayed; plants are sprayed only if they are placed on an open terrace.

Top dressing is carried out once every two weeks, during the period of active growth and flowering, using fertilizers for cacti and succulents. After flowering, Kalanchoe is recommended to be heavily cut, leaving 2-3 pairs of leaves. Varietal plants are propagated by stem cuttings, which are cut in May-June and rooted in a peat-sand mixture. Young seedlings bloom in 8-10 months. Can be propagated by seeds.

The secret of Kalanchoe re-blooming is to provide a 6-8 week dormant period (cool content, poor watering) and short daylight hours (8 hours), for which the plant pot is covered with a dark cap or transferred daily for 16 hours to a dark room. Then the plant is placed on a well-lit windowsill and watering is resumed.

Flowering species of Kalanchoe are sold as “living bouquets” for the winter and spring holidays. Groups of different-colored varieties look especially cheerful.

Lotus (Nelumbo) – charm on the water