Diseases of cacti and their treatment

Cactus
Last modified: 17.12.2011
0
HomeCactusDiseases of cacti and their treatment 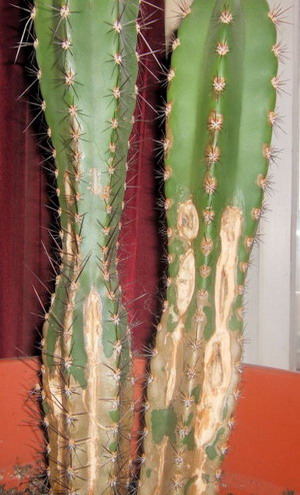 Phytophthora or cactus rot are fungi that turn plant tissues into a sour mass. The root or root neck is affected. In case of severe damage, the cactus can be saved from the disease by rooting its upper healthy part, or by transplanting onto healthy roots. With a lighter lesion, the damaged parts are removed, and the cut points are treated with coal powder or sulfur, and transplanted into sterile soil.

Dry rot – caused by fungi. The color of the stem fades and the plant dries out. It’s very difficult to fight. Preventive treatment of the plant 3 times a year with fungicides is recommended.

Spotted rust is the result of fungal infections. The stem is covered with rusty spots, crust and stains. The method of treatment is the treatment of the cactus with fungicides of general action.

Stem rot – the disease usually affects young cacti. The stem is bent, and its surface is completely covered with a velvety green coating (spores of the fungus). The damaged individual is removed.

Fusarium is a fungal disease of cacti, manifested by a pink or purple bloom on the stems. The disease begins at the roots and gradually affects the entire plant. Diseased cacti are destroyed.

Cancer of stems and roots – the result of the disease is the abnormal development of tissues of the stem or roots of a cactus , which leads to its death. There are no treatments.

Yellowing of the stems – caused by viruses, bacteria, lack of nutrients and trace elements in the soil. The manifestation of the disease begins with a visible discoloration at the ends of the stems. The way to fight is to increase the natural protective properties of the plant with the help of top dressing. 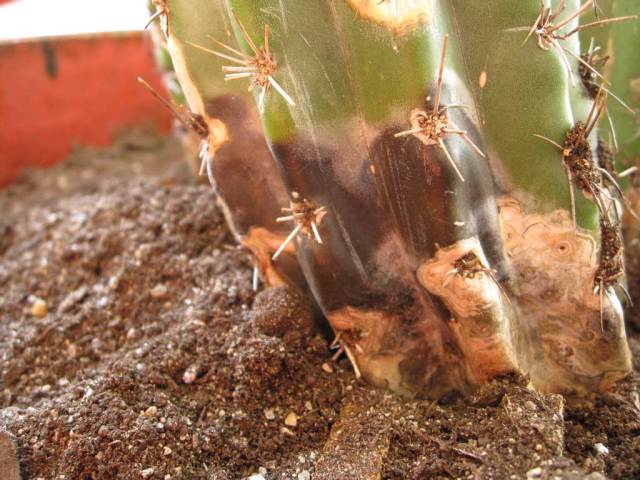 A diseased plant in the photo.

The genus Rebutia includes 41 species of cacti. In the wild,...
Read more