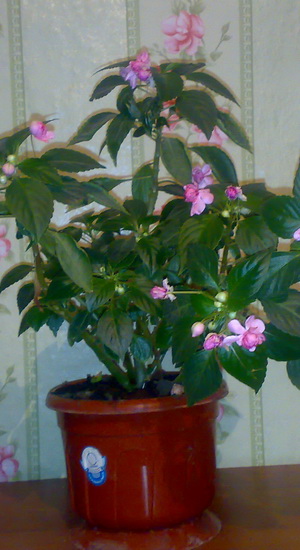 Balsam (Jmpatiens) is a perennial herbaceous plant with succulent erect shoots, bright leaves and numerous delicate flowers. Thanks to the simple care of balsam at home, easy propagation and long flowering, this plant has long been one of the most beloved for flower growers around the world.

The Latin name of the genus Impatiens can be translated as “pressure-resistant”. That is why balsam is often called “Touchless” – its ripe fruits-boxes are able to open up and shoot out seeds at the slightest touch to them. Balsam has many affectionate names – “light” in Russia, “busy Lisey” in England, “zealous Lisa” in Germany.

In Russia, balsam is also commonly known as “Vanka wet” for the droplets of sugary liquid that form along the edges of the leaf plates.

Balsams are used both for landscaping premises and for decorating balconies, loggias, terraces, or as “living bouquets” for various holidays.

In nature, there are about 500 species of annual and perennial herbaceous plants and shrubs, which are native to tropical and subtropical regions of Asia and Africa. In indoor floriculture, Waller’s balsam and its hybrids are mainly used, which are characterized by more compact size and abundant flowering, as well as balsams of the New Guinea group obtained by complex crossings, or New Guinea hybrids, which are distinguished by large flowers and brightly colored leaves.

This type of balsam is the original form of many hybrids, which, according to characteristic features, are combined into variety groups. For example, ‘Accent FT is characterized by compact bushes (about 15-25 cm).

As you can see in the photo, the balsam of this variety has large flowers – one-color or two-color: 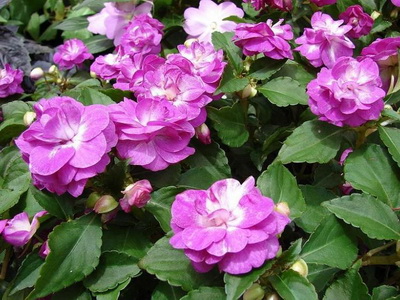 Balsam “Stardust FT” – the petals of the plants of this series have a silvery coating and a bright border around the edge; other. 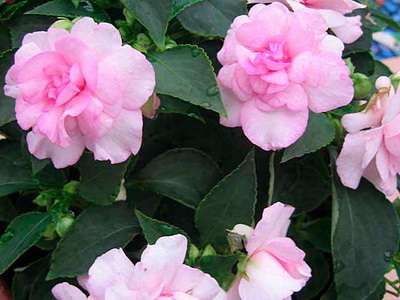 Types and varieties of indoor balsam with photos 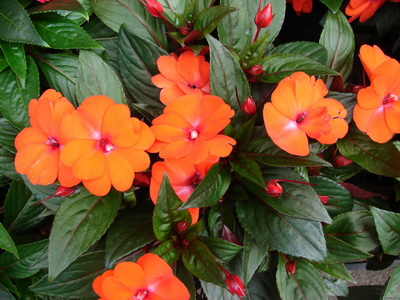 This type of balsam is characterized by more juicy, abundantly branching shoots, large and fleshy leaves, usually two or multi-colored. The flowers are larger than in traditional species, very bright, with a characteristic spur below.

Several varieties of New Guinean balsams have been bred.

In our gallery you can see photos of indoor balsam flowers of various varieties:

‘Paradise’ has bright flowers of various shades and lanceolate, dark or bright green, as well as variegated leaves. 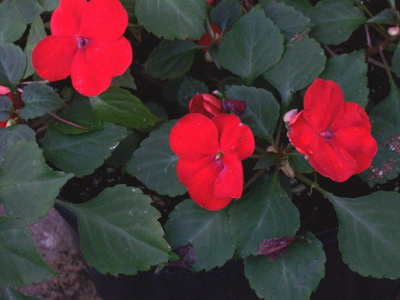 “Java” – a variety of indoor balsam with flowers of bright “tropical” color and shiny leaves of green or bronze color. 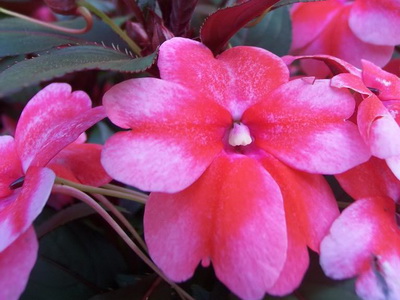 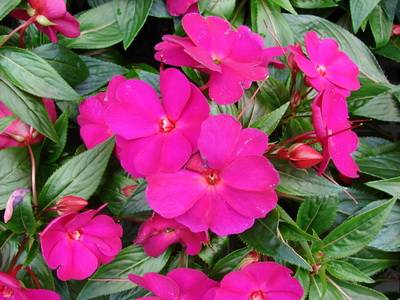 “Rainforest Exotic” – indoor balsam with one or two-ton flowers of various colors. 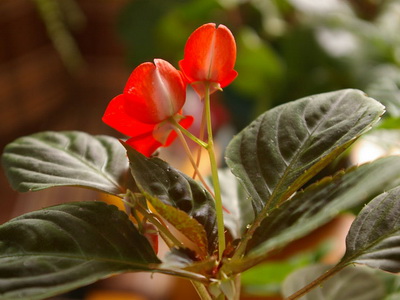 Creeping balsam (Impatiens repens) is a perennial herbaceous plant from the shady and humid forests of Sri Lanka. The species has long creeping reddish shoots, small heart-shaped leaves and single bright yellow flowers about 3 cm in diameter. Balsams of this species can be found in indoor floriculture as a ground cover plant. 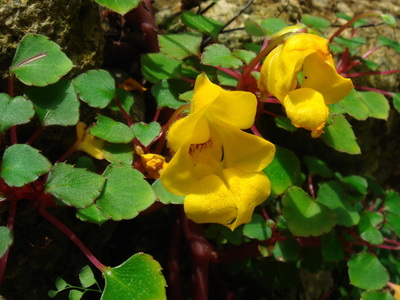 Balsams, especially hybrid varieties, are easy to propagate. Caring for balsam at home is not difficult – these plants are not demanding on lighting, they grow well both in conditions of light shading and in bright sun, but the bush will form most beautifully, and flowering will be plentiful in diffused light.

In winter, it is necessary to maintain the air temperature not lower than +10 … + 15 ° С and provide bright lighting. Balsam is watered abundantly in summer and, most importantly, regularly, but without stagnant water, moderately in winter. Spraying is desirable.

From spring to autumn, regular fertilizing twice a month with potash fertilizers is necessary. Hybrid varieties do not need crown formation, their shoots themselves branch well, but plants should be renewed periodically, as the stems become bare with age. Balsam is easily propagated by apical cuttings and seeds. To get flowering plants in May, the seeds are sown in January with additional artificial lighting. Rooting cuttings occurs within about a month. Plants grown from spring cuttings bloom in summer, and from summer cuttings – throughout the winter.