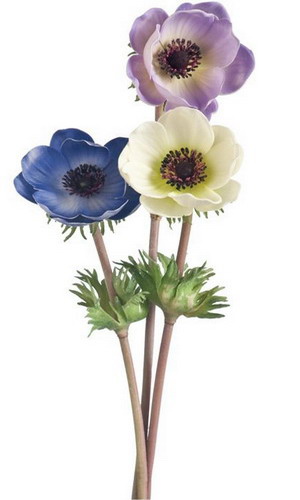 The name given to the anemone flowers comes from the Greek word anemos meaning wind, which is why they are called anemones. This genus consists of 120 species of perennial flowering plants growing from tubers. They grow thriving in many European countries, North America and Japan. These plants are closely related to sleepgrass/lumbago (Pulsatilla) and liverwort/cobweb (Hepatica); some botanists place both of these species in the same genus.

The most common anemone flower, related to the Japanese species (Anemone hupehensis), blooms in autumn.

Types of anemones and their diversity

Broadly speaking, there are three types of color data:

Spring (Spring flowering) which has rhizomes or tubers. 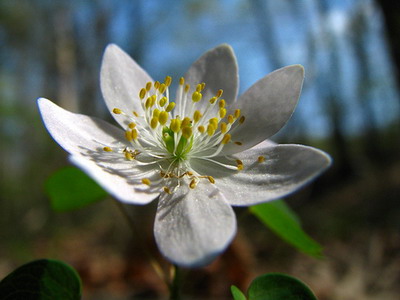 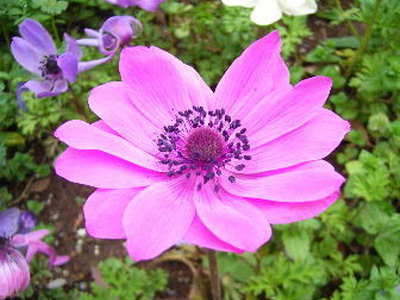 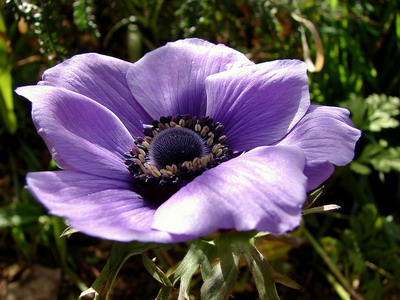 The common anemone species and their common names are as follows: 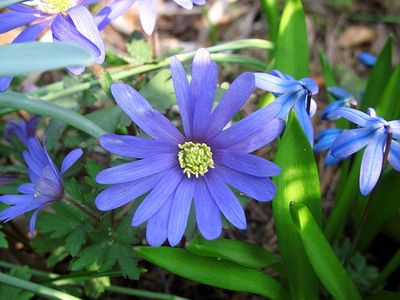 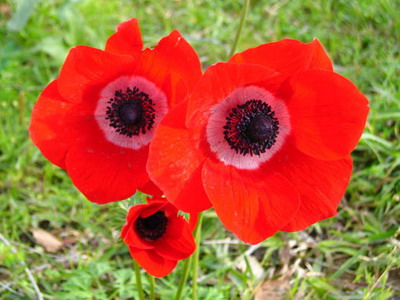 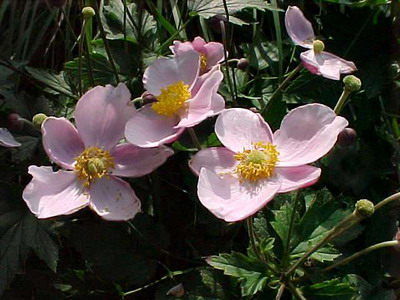 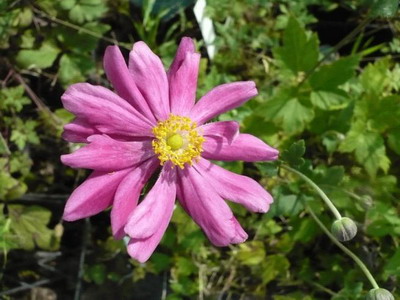 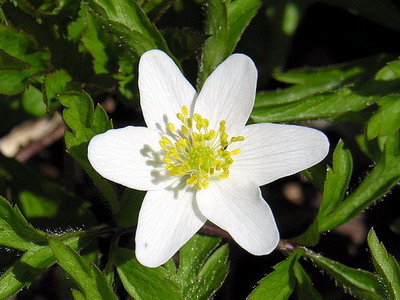 The oak anemone plant (Anemone nemorosa) is poisonous to humans. But it was used as medicine. 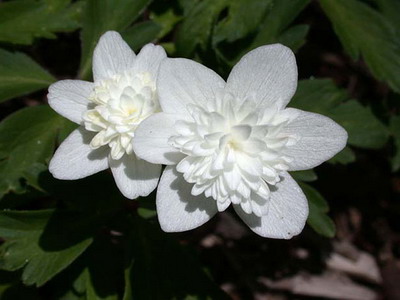 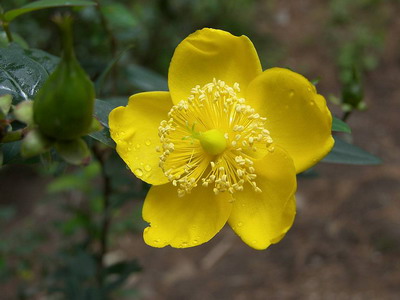 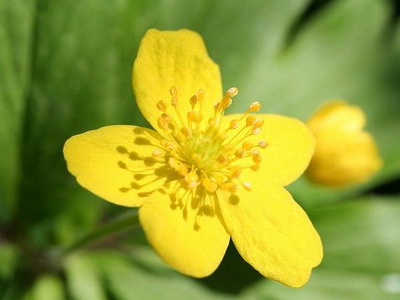 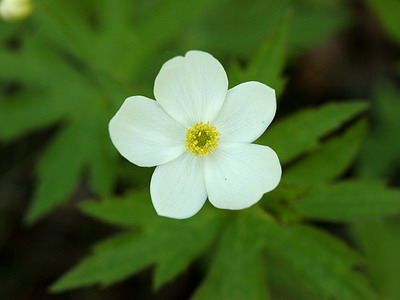 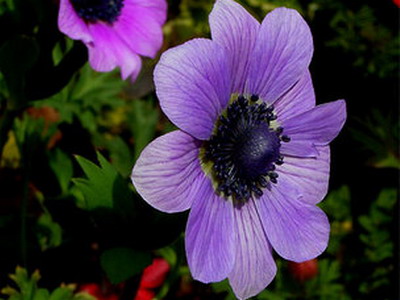 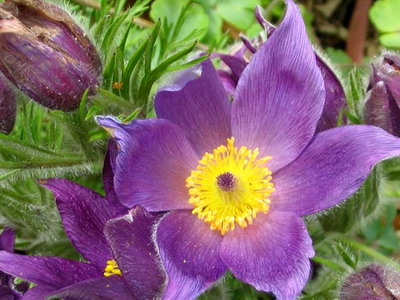 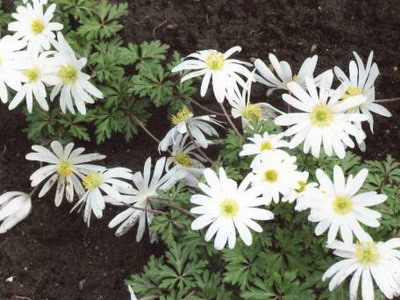 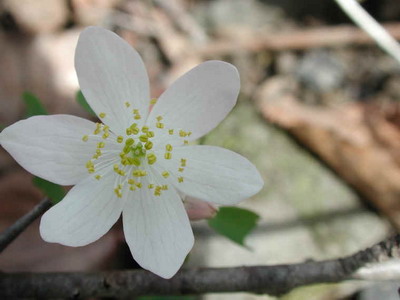 Description of anemones and photos of flowers

The following descriptions of anemone flowers with photos and pictures will help you choose the right species for yourself and your garden.

Anemone oak (Anemone nemorosa) . This species often thrives in the shade of deciduous trees, whose green leaves provide a backdrop for its white, star-shaped flowers. Pink and blue cultivars are also present. Reaches a height of 15-20 cm, prefers fertile, moist, but well-drained acidic soil; if the soil is too swampy, the roots will rot. It is dormant in early summer. 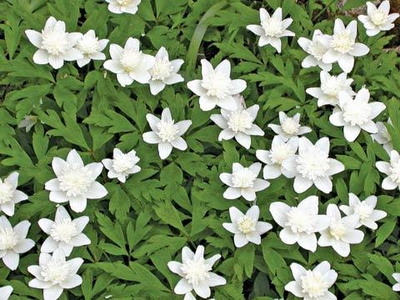 Forest anemone (Anemone sylvestris) . This is another spring-blooming plant that acclimates well, is fragrant, slightly pendulous, with flowers 2.5–5 cm in diameter and 30–45 cm high. 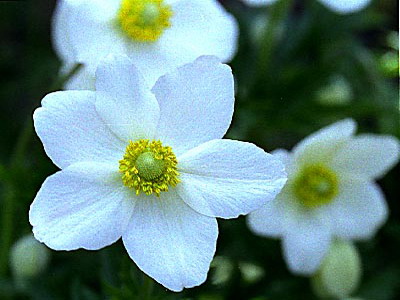 Anemone vine (Anemone tomentosa “Robustissima”) . It grows to about 90 cm high and tends to spread but not aggressive. The flowers are silvery pink in color and bloom and last for several weeks in early autumn. 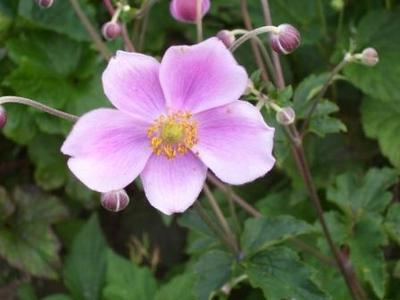 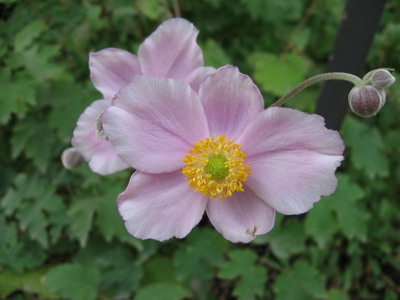 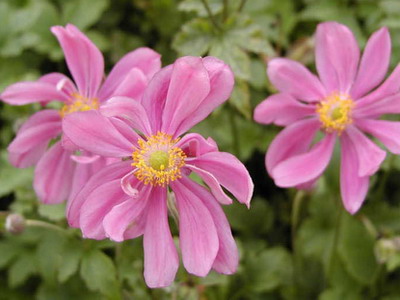 For a variety of plants of this genus, there are different conditions for growing anemones. Most of them should be planted in the fall. If the plants have tubers, then they should be divided in the summer when the flower is at rest. If the flower is rhizomatous, then the roots must be separated in the spring. If the roots are fibrous, separate in early spring or autumn, but keep the plant in a pot for a year until it becomes established.

Growing anemones should be done in very well-drained, moderately fertilized soil in a slightly shaded or sunny area.

Plant tubers in the fall or spring, if you live north of the adapted zones, then in this case, plant in the spring.

Before planting, soak them for a few hours or overnight; if soaked overnight, you can see slightly swollen areas from which shoots will grow.

Tubers should be planted at a depth of 7-10 cm and at a distance of 10-15 cm from each other. If you are not sure which part of the tuber is the bottom, lay it on its side.

In the process of anemone vegetation, care requires constant care. Follow a systematic watering schedule during the first growing season to establish a deep and expanded root system.

For a neat look, remove old foliage before new leaves emerge. Separate shoots every 2-3 years in early spring. Cut to the spine in late autumn. The sprouts will come out again in the spring.

Facts and photos of anemones

The name of these flowers is of Greek origin and roughly means that the gusts of wind that open the flower, in the end, will also carry away the withered petals. 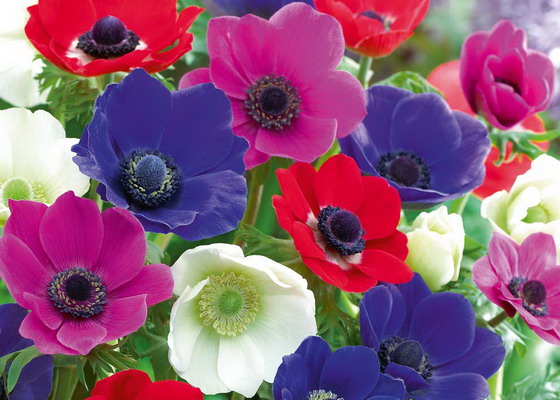 Anemone inflorescences in the photo

These plants are perennial herbs with subsoil rhizomes and basal more or less dissected leaves.

An elongated flower stalk supports one or more flowers in white, red, blue and sometimes yellow. Under each flower is a cover of three leaves. 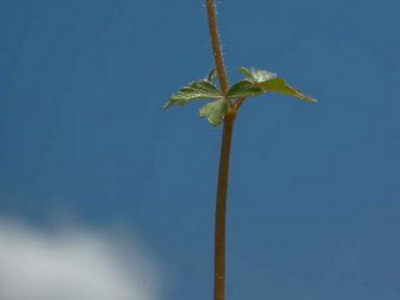 The fruits are often pubescent, which contributes to their distribution by the wind. They produce cup-shaped yellowish, purple, violet or red flowers. 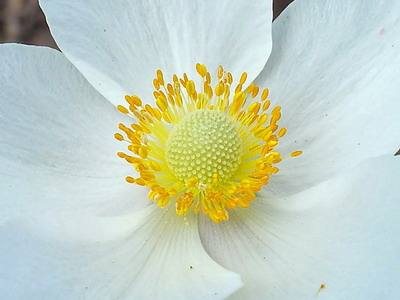 In medicine, they are used to treat cramps, menstrual cramps, and emotional distress.