When choosing clematis flowers for planting in the garden, it must be remembered that most large-flowered varieties were created by breeders in Western Europe and are adapted to the conditions of a mild seaside climate.

Cold winters, early autumn and late spring frosts, characteristic of the non-chernozem zone, northwestern regions, Siberia and the Far East of our country, limit the list of species and cultivars that can successfully winter and bloom profusely in these climatic conditions. The use of early, flowering on last year’s shoots, or late-flowering varieties that bloom in September-October, as well as most of the clematis bred in the southern regions for the North-West, Siberia and even the middle lane, is not practical, due to the vagaries of the weather, they often simply do not have time to bloom or freeze out. Best of all, low-growing and medium-sized (up to 2.5 m) garden forms feel best here, blooming in mid-July – late August on annual growths. These are winter-hardy clematis from the third, less often from the second pruning group, as well as some small-flowered species that grow in nature in similar weather conditions.

Winter-hardy clematis for the northwest

Of the cultivars that bloom on the shoots of the current year, the most popular are: 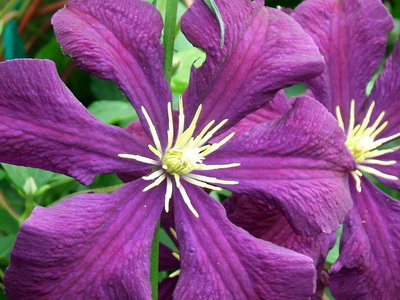 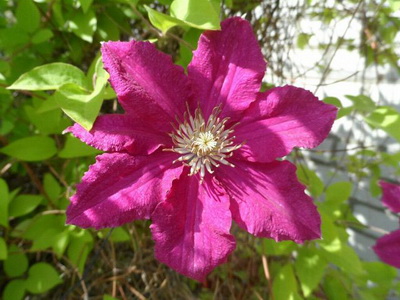 Winter-hardy varieties of clematis from the second pruning group are quite rare, of which snow-white Ballerina from the Langulose group, bluish-pink Nelly Moser and light purple Nadezhda from the Patens group feel good at the latitude of St. Petersburg. 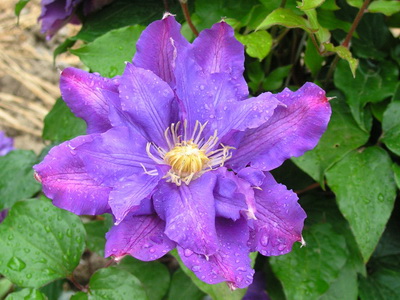 One of the few large-flowered Florida hybrids that bloom stably in the conditions of the North-West of Russia is Mrs. Cholmondelli with lavender-blue semi-double flowers that bloom exclusively on the last year’s shoots. 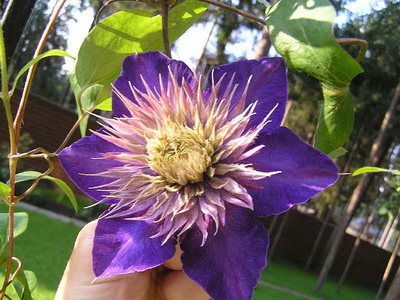 Of the small-flowered species, clematis direct, hogweed, alpine, bell-flowered, short-tailed, gray-gray, Tangut are recommended for cultivation in areas with a temperate and cold climate.