Strelitzia (lat. Strelitzia) royal , or as it is also called “Bird of Paradise”, is one of the most colorful flowers in the world. It got this name because of the attractive shape of the flowers, which resemble bright birds in flight, with a colorful beak and crest.

The unusually beautiful shape and bright shades of strelitzia made these flowers not only a favorite decor technique, but also a popular symbol of heavenly beauty. With the help of these flowers create very attractive and interesting landscapes.

The width of the leaf blade is 15 – 45 cm long. Usually reaches a height of 4 meters. Strelitzia produces inflorescences horizontally upwards, emerging from a thickened stem. 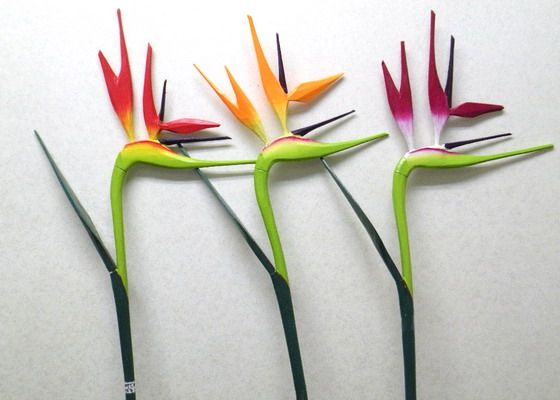 The inflorescence is at the top of the pedicel, which can reach 1.5 m or more. A flower is the most unusual part of a plant.

Brightly colored modified leaves form green, red and purple perianths that look like small boats. The size of the perianth ranges from 10 -20 cm in length, depending on the age and size of the plant.

Each flower of royal strelitzia consists of three vertically directed orange sepals and three highly modified bright blue petals. Two petals unite and resemble an arrow, and at the base, where the third petal joins, a nectary is formed.

Each perianth has two bright yellow or orange and one bright blue elongated petal. The pistil is located quite far from the stamens. 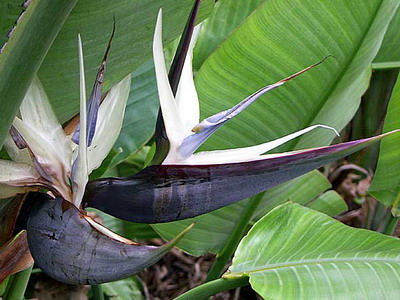 Pollination. The anthers are arranged in such a way that pollinating insects cannot help touching them when they fly up to a flower in search of nectar and thus transfer it to another flower.

As a result of pollination, leathery capsules are formed, containing many seeds, covered with orange husks. The capsules contain oil, apparently to attract birds and insects.

Some popular types of strelitzia 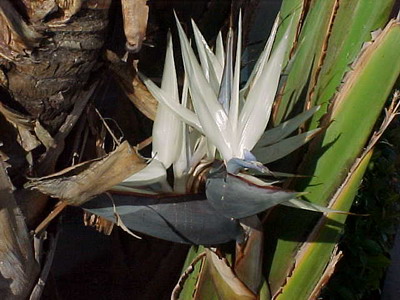 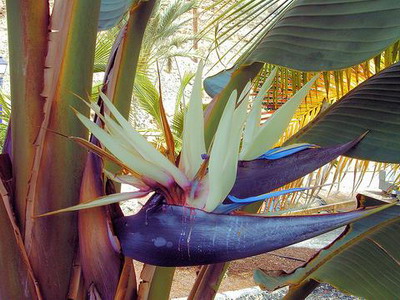 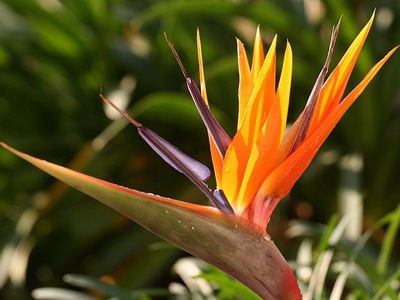 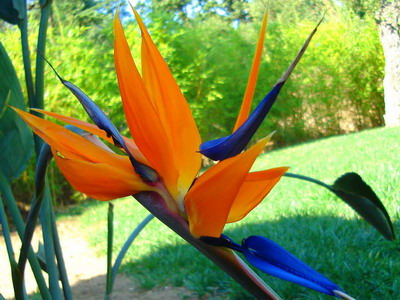 The soil in which strelitzia grows must be moistened throughout spring and summer, but allowed to dry out a little between watering in autumn and winter. Do not overdo it, from oversaturation with water, the roots may begin to rot. Try to avoid low temperatures. Strelitzia requires room temperature.

Feed the flower once every two weeks during spring and summer with fertilizers and peat dissolved in water. Reduce top dressing to once a month in the autumn-winter period.

During active growth, when the plant is still young, repot it every spring so that it always has enough space.

When the strelitzia reaches maturity (it bloomed for a year or two), it can be carefully seated. It has large and brittle roots, be very careful. If you nevertheless accidentally damaged the root, cover this place with crushed activated charcoal and dry it a little. The pot should be chosen deep, since the drainage at the bottom will be at least one quarter of the total volume. But remember that after this there will be no flowering for several more years! Strelitzia is also grown from seed. Spray the leaves occasionally with water for full success. Avoid direct sunlight.

Strelitzia requires a lot of sunlight. Follow a regular watering schedule when caring for Strelitzia during the first growing season, thereby promoting the development of a deep and developed root system. Watering can be reduced after final rooting. Fertilize before new growth in spring.

If you decide to grow strelitzia indoors, but are afraid of difficulties in care, then after our advice and descriptions you do not need to be afraid of anything, just follow the easy rules in watering, fertilizing and lighting. Many people were able to domesticate this flower in our climate zone. And now every year he pleases them with his truly heavenly flowering. It is not necessary to buy a seedling, you can try to grow it yourself from seeds.

Since 1773, strelitzia has been mastered as a greenhouse plant. Due to the long flowering, the plant has become popular in Europe and around the world. Since in nature strelitzia grows on arid soils and stony rocks, it does not need to be watered so often, allowing the earth to dry out. The first few years, of course, it will not bloom. But then, for sure, it will be the pearl of your indoor garden.