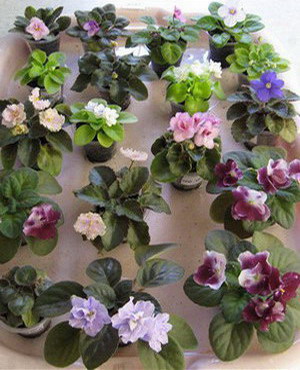 Two-color varieties of violets are very popular among gardeners and lovers of violets. This type of Saintpaulia is very beautiful and refined. The color is distinguished by smooth tints, contrasting stains on the main background, usually white.

These varieties are also good because during reproduction in any form (leaf cuttings, pinching, etc.) there are practically no sports, the offspring in most cases acquire varietal characteristics of the mother plant. A feature of the color is also a “finger” color: on each petal there is a large oval spot, as if from pressing with a finger. The most common cultivars of this type of violets recently bred are: Blue Mist, Petersburg, EC-India, Kimi, Marina, Spring Twilight, etc. These varieties are also popular because they practically do not give sports.

Two-color varieties of violets and their features

There are two-color varieties of violets and another variety, similar to the “finger”. These are Saintpaulias “eye”. Instead of a “fingerprint”, they have a “ peephole ” in contrast to the general background in the center of the flower. These varieties, as well as “finger” varieties, perfectly transmit varietal characteristics to offspring. However, when growing them, it is worth considering that the flowers obtained from the leaves taken from one plant almost never produce the same specimens. Best of all, to get the best copy, take at least 2-3 children and grow them until flowering. These varieties also have their whims. They are very prone to darkening, especially varieties with darker flowers. Most often, the darkening occurs due to an increase in temperature, and with its decrease, the violet may well recover. However, these varieties tend to darken irreversibly with age. In this case, the light pigment on the flowers becomes less and less, and the dark one, on the contrary, prevails. In the end, the violet turns from two-color to one-color. The variety, however, can be saved. At the first signs of darkening (the appearance of a dark pigment on the leaves and flowers), it is necessary to take the lightest leaves without signs of pigmentation from the outlet, preferably from under the peduncle (all varietal characteristics were transferred to these leaves). When planting these cuttings in the ground, the acidity of the soil should be closely monitored to avoid growing the sport. In the case of a complete darkening of the violet or flowering from the cuttings of the sport, nothing can be done, in this case the mutation is irreversible. 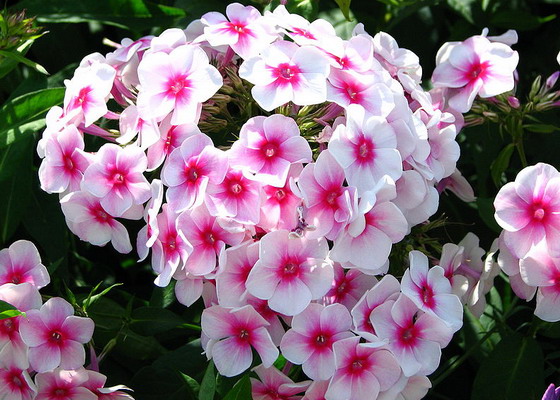 In any case, it should be remembered that the color of all varieties of violets, including two-color ones, mainly depends on the temperature conditions of the room in which these plants are grown. A strong increase in temperature is not allowed, so in summer heat the color of violets is faded, not pronounced, while in coolness the flowers acquire a more contrasting pattern with a large amount of white pigment. A strong drop in temperature should also not be allowed – in this case, the amount of white pigment increases greatly, which can lead to the coloring of the flower in a light, uniform color.

There are other varieties of violets, no less popular among lovers of this plant. These include: yellow-flowered, green-flowered and bordered varieties.

Yellow-flowered varieties of violets are an old, but still a dream come true for all breeders. The thing is that violets do not have a yellow pigment. 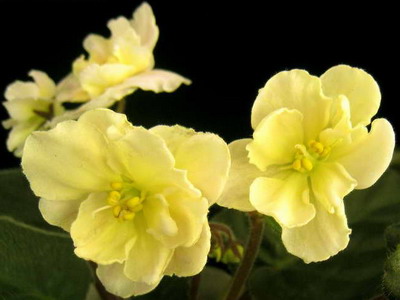 Although specialists in this field managed to develop varieties with a yellow color, nevertheless, it was not possible to achieve a rich bright yellow color, the color is generally not bright enough. The best result is achieved by the third flowering of an adult plant under certain conditions: the room should be cool, and the lighting should not be bright, it is better if it is artificial.

Border varieties of violets are so named because they have one or two borders, both monophonic and two-colored. 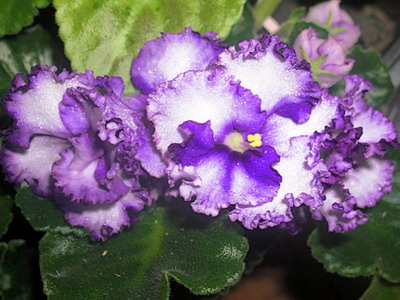 The width of the borders, as a rule, is different. Children taken from the mother plant almost always inherit varietal characteristics, although sometimes the border tends to disappear with further reproduction. Border varieties are also very demanding on temperature conditions. It is best if the room is cooler. The most optimal temperature is 20-22 degrees Celsius. At elevated temperatures, the rim is either weakly expressed or completely disappears. There is no need to panic in these cases; when the temperature drops, this feature of the variety is restored.

Green-flowered varieties of violets are distinguished by the presence of a light green or light green border. 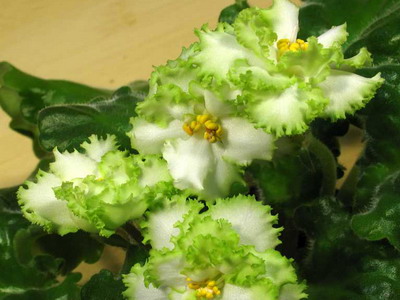 Also, this variety is distinguished from other varieties by an increased content of chlorophyll. This explains the rather long duration of flowering (up to six months). In green-flowered, the air temperature is also responsible for the width and saturation of the border, which should ideally be up to 20 degrees. The plant reaches its highest apogee at the time of 2-3 flowering.

A real sensation among flower growers was made at the beginning...
Read more