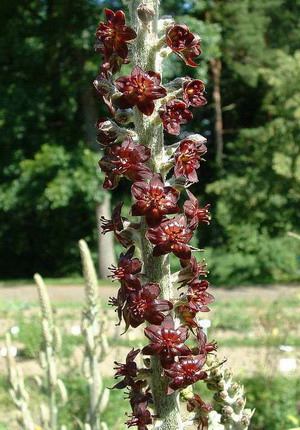 Description: This is a genus of large, highly toxic herbaceous perennials from the Melantiaceae family. In total, there are from 25 to 40 species in the genus. Varieties of this flower are known in Western and traditional Chinese medicine as poisonous plants that should be used with great care. Hellebore is common in many temperate regions of the northern hemisphere. Widely distributed in the highlands of North America. This perennial grows in wet meadows in the mountains, swampy areas and near the banks of streams. Various varieties of this plant are mainly found in North America, and about thirteen species have been found in China. In height, these perennials reach from 90 cm to 3 meters. Some common varieties are suitable for gardening . 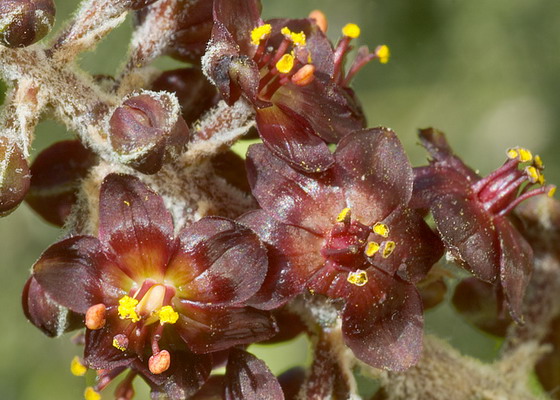 Hellebore flowers in a large photo.

Flowering: summer (July-August). During the flowering period, ears of brown-purple or green-white flowers appear on the plant.

Care: Despite the fact that these plants are quite difficult to grow from seeds, but after the seeds germinate, caring for the flower becomes very easy.

Lighting: hellebore grows best in a shady part of the garden. Full sunlight is also good for flower growth.

Soil type: It is desirable that the soil is saturated with nutrients. The soil must be well drained. In general, any type of soil is suitable for this flower, but loam is best.

Watering: The soil should always be moist.

Reproduction: carried out by planting seeds or division. If you want to reproduce hellebore with seeds, then you need to plant them in the spring, and the planting depth should be about 5 mm. Then they need to be covered with a plastic bag and put in the refrigerator for about three weeks. Then place them in a shady place, cover with glass and moisten. Seedlings appear long enough: from three to eighteen months. When seedlings appear, transplant them to the place of cultivation. The distance between plants should be about 75 cm.

Growing: It is easiest to plant plants that have been obtained from others through division. They should be planted after the last frost in the spring.

Toxicity: Hellebore species contain large amounts of steroidal alkaloids, which lead to heart failure and death if swallowed. All parts of the plant are poisonous, and the roots contain the largest amount of poisonous substances. Symptoms usually appear within half an hour to four hours after ingestion.

Application: The Indians used the juice squeezed from the roots of this plant to poison their arrows before the battle. The dried, powdered root of this plant has also been used as an insecticide. Western American Indian tribes have a long history of using hellebore as an effective cancer treatment. In medicine, hellebore white and hellebore black are often used.

In the garden, these perennials look great in beds or borders. 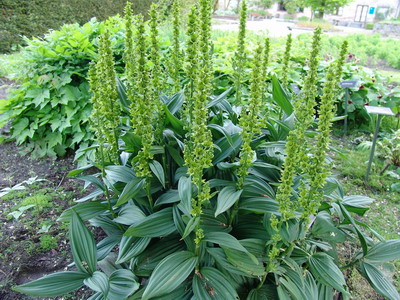 Additionally: hellebore produces highly toxic steroidal alkaloids only when the plant is in the intensive growth stage. During the winter months, when the plant is dormant, its toxic alkaloids are lost. Since this flower is very fond of moist soil, mulching will have a positive effect.

Fatshedera (Fatshedera) - a plant of the Araliaceae family. This is...
Read more