Eustoma (Eustoma) – growing a flower in a garden from seeds 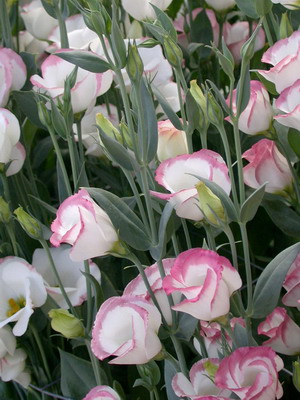 Description: Despite the fact that this flower is perennial, it is usually grown in the garden as an annual. In the wild, there are many different plants, but only a few of them attract gardeners. Some are considered too easy to grow, while others, on the contrary, require too much care, which makes them difficult to cultivate. But, speaking of eustoma, it should be noted that it is of particular interest to gardeners because of its beauty and difficult cultivation. Often referred to as the Texas Bluebell, it belongs to the Gentian family, which includes a large number of beautiful but difficult to grow wild flowers. In nature, a eustoma flower usually grows for two years. In general, in cultivation, the plant is used as cut flowers, and reaches a height of about 60 cm. But at the moment, new hybrids have been bred that are suitable for growing in pots, and they are half as tall.

Flowering: In nature, the shade of flowers is purple, but breeders have bred new varieties that are presented in a variety of shades, ranging from pink to white and yellow. The flowering period is in the summer. 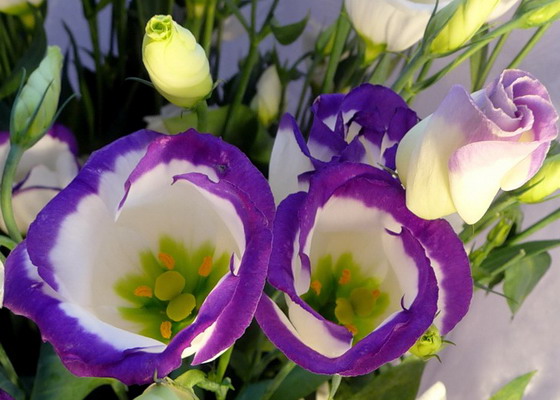 Blooming eustoma at room conditions in the photo.

Lighting: full sun. It is best if the rays of the sun come from the south, east or west.

Soil type: Eustoma, which is quite difficult to care for, requires perfectly drained soil. Only in this case it can be grown as a perennial. You also need to constantly monitor the pH level of the soil, which should be from 6.5 to 7.0. More acidic soil will lead to zinc toxicity, causing the growth of eustoma to be significantly slowed down. Thanks to the efforts of breeders, it has become easier to grow a flower, but still it is still considered one of the most difficult plants for successful cultivation. When choosing a soil mixture, you can mix the following ingredients: 1 part garden soil , 1 part coarse sand or perlite , 1 part humus , and a little lime .

Watering: Moisten the soil so that it is moderately dry between waterings. Use warm water.

Fertilizer: Fertilize every 2 weeks during growth. Any water-soluble fertilizer will do.

Pests: May be affected by mealy mites.

Reproduction: carried out by planting seeds. Eustoma from seeds germinates quickly enough, but here the main role is played by the average temperature set during the period of growing seedlings. Depending on this factor, the plant will either flower in the first year, or only form a rosette of leaves and will have the behavior of a biennial species. If you set the average temperature to 23-24°C, it will bloom in the first year, and if the temperature is around 29-30°C, the flower will grow as a biennial.

If you are going to reproduce eustoma in the garden, then the seeds should be scattered directly on the soil surface, and the distance between plants should be from 15 to 30 cm.

When propagating indoors, the first shoots appear within 10-21 days. Seedlings should be transplanted at the moment when they reach about 15 cm in height, after several weeks after the last frost. Seeds should be planted in moist soil.

Application: eustoma – growing in the garden due to its height is excellent for planting in borders. 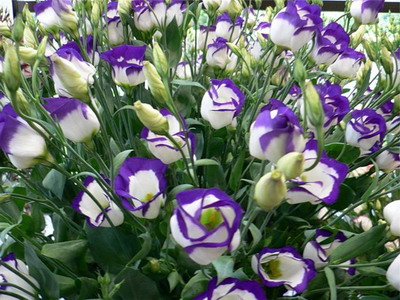 Extra: Many gardeners claim that garden-grown eustoma often blooms in early summer, but the seeds were planted last spring. Thus, it turns out that the flower often behaves like a biennial. When flowering is over, the flowers can be cut back and will reappear in about six weeks.