It is impossible to list all varieties of daylilies, according to the latest “census of the varietal population” by the American Society of Daylilies – there are 80 thousand varieties of them! Agree, there is a place for a gardener to turn around.

We offer you material in which you can see the new and best varieties of daylilies with photos and detailed descriptions of plants. You will be given recommendations on planting, care in the process of growing flowers.

And let the adherents of the purity of color say that there are no blue and blue daylilies. They are, well, with a touch of lavender.

Judge for yourself – ‘Baby Blue Eyes’. 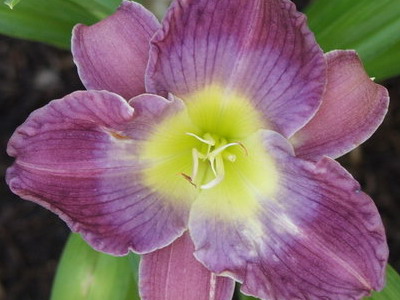 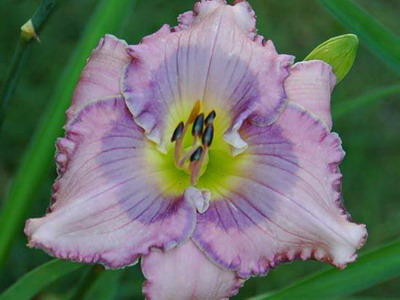 Or maybe ‘Lavender Blue Baby’? Anyway, I would not call this color any other than blue! 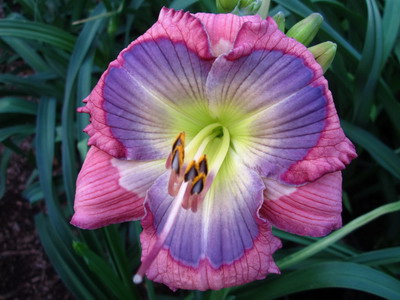 Our summer is very fleeting, and there is nothing strange in the fact that we want something brighter and hotter. Daylilies have all shades of red, pink, orange.

And the reference red ‘Brushfire Heat’. 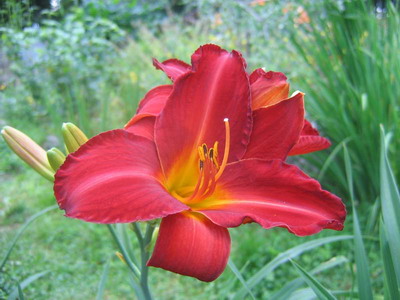 And timeless, probably the best of the terry pink ‘Siloam Double Classic’. 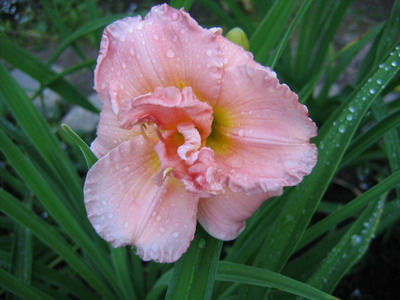 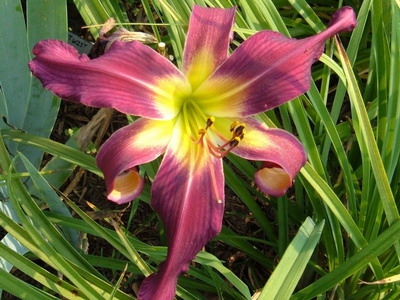 And a similar one, but a newer one, ‘Gadsden Goliath’. 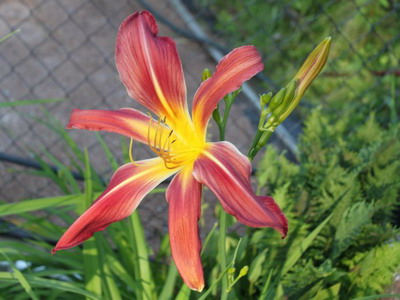 Sometimes you ask yourself, “Why such a variety name?” You start to figure it out and it turns out that ‘Gadsden Goliath’ means ‘Goliath of Gadsden’. Gadsden is a city in southern Alabama where the originator of this variety, B. Reinke. ‘Gadsden Goliath’ is a tall, stately handsome man. You look at him and you understand, indeed, Goliath! 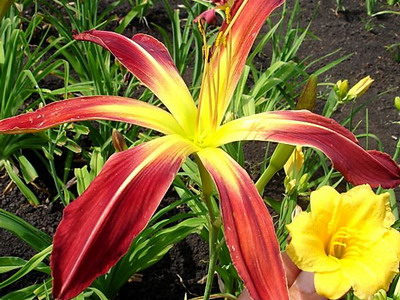 Or the well-known variety ‘Bela Lugosi’. We often call it “Bella Lugosi”, adding the second letter “I”. In fact, Bela Lugosi is the name of the first artist to play Count Dracula in a movie. You learn such details, and the red, solid color of the petals already seems demonic, bloody. 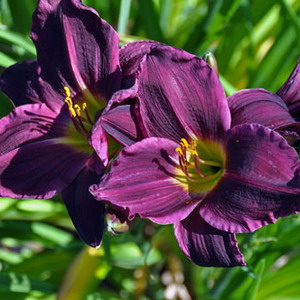 See the best varieties of daylilies with a photo

Most of the best varieties of daylilies come from the pen of American originators. There are, of course, French varieties (by Pierre Anfosso), Belgian (Francois Verhart), and Polish (Arthur Yasinsky). There are successful breeders in Australia, and in Belarus, and here, in Russia! But still, most varieties are from the USA. And it is useful to know exactly where the breeder works. Agree, Florida with its subtropical climate is one thing, and the state of Maine, which is similar to us in climate, is another. Where by the way lives the originator of beautiful varieties James Gossard. Whatever direction in selection he touches, everything is of the highest standard. Take at least spiders – with long, thin petals. Bizarrely shaped, with curls, corrugated.

Look at ‘Heavenly Angel Ice’. Well, isn’t it a miracle? 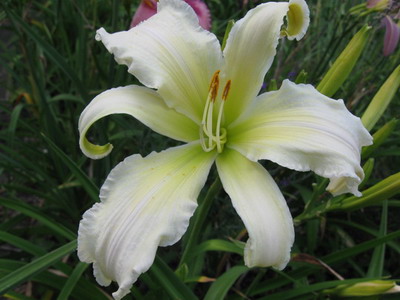 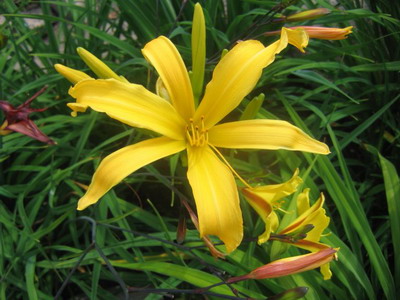 A ‘Heavenly Flight Of Angels’ – how do you like this “flight of angels”? 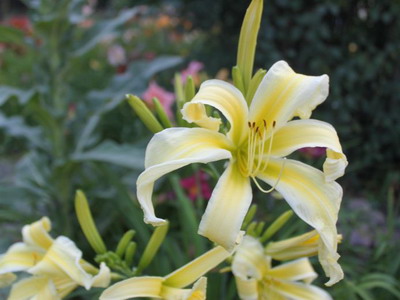 But the works of the “southern” masters are not all contraindicated for us.

On the Karelian Isthmus, ‘Freewheelin’ and ‘Velvet Ribbons’, “works of art” by Patrick Stamile, feel great. We offer you the best varieties of daylilies with a photo. 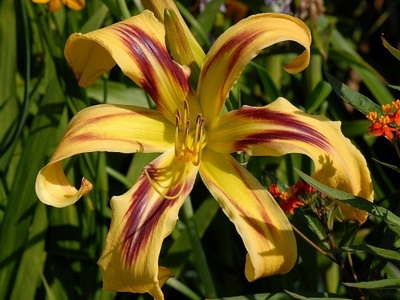 Recently, the so-called sculptural daylilies, which are distinguished by their rich texture, corrugation, and volume, have gained great popularity. ‘Key To The Kingdom’. 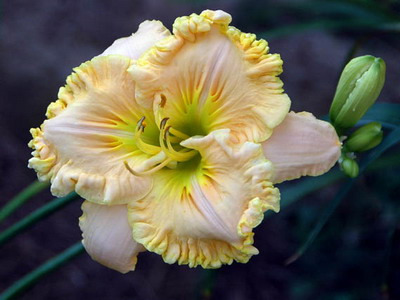 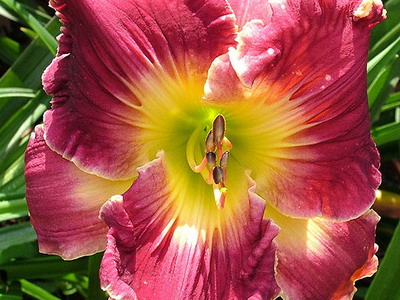 Or ‘Sultry Breezes’ I think the trend in variety formation is clear? 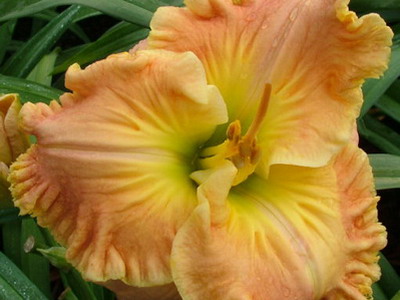 When is the best time to buy new varieties of daylilies? The first sales start in early spring or even winter. Of course, we cannot resist, and the question arises, what to do with these expensive acquisitions? After all, landing is still far away. So, with the daylily, everything is very simple. Wrap the purchased spine in a slightly moistened newspaper, the resulting bundle in a plastic bag and in a cool place. Ideal – the fruit compartment of the refrigerator. There the roots lie perfectly until May. If there is room on the windowsill, plant daylilies in pots. Any positive temperature and maximum light will do. Please note: not the sun, but the light! Unaccustomed to the sun, leaves grown in the dark can burn and even die. But light for young leaves is a source of food. He is definitely needed.

Recommendations that wander from publication to publication that this plant is for partial shade (or even shade!), At best, relate to Florida, Australia or our Krasnodar Territory. There, even in the shade of bushes, the sun is enough. Sometimes they write that, they say, daylily petals burn out in the sun. I wonder when they manage to do this, if the life of each flower is within a day? Planting daylilies is carried out in a well-lit place.

Yes, it happens that a few years after planting, it turns out that single varieties in partial shade are better than in the sun. I obviously got prettier after transplanting in partial shade, only one variety – the old ‘Terracotta Baby’. But one in 800 only confirms the general rule. Growing daylilies requires special care. 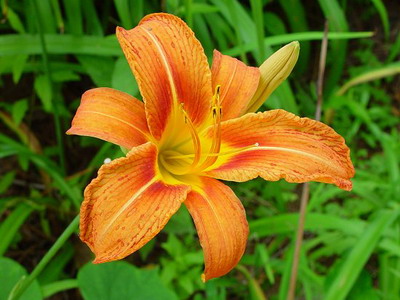 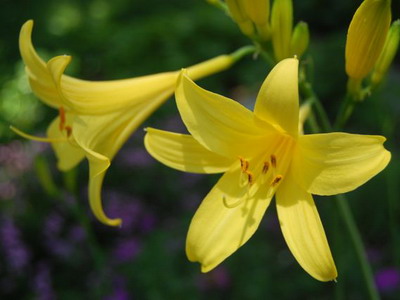 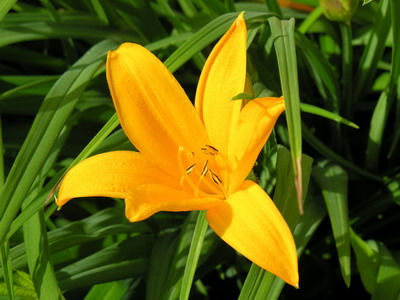 Although some natural species live better in sunny places. Such, for example, is Forrest’s daylily from China (N. forrestii)

Loam is the best for the daylily. If the soil is light sandy (like my garden), fill the planting hole with compost. If it is heavy, clayey, the same compost will help lighten it.

Daylilies need slightly acidic soil to grow. Alkaline will be corrected by the addition of peat, and deoxidizers cannot be dispensed with on former peat bogs. On heavy soils, where nutrients are not washed out by rain and melt water for a long time, chalk or dolomite flour can be applied every two or even three years. On sandy, easily washed soil, I apply deoxidizers every spring. But don’t rely too much on gold. Wood ash is a good complex fertilizer. It certainly has a deoxidizing effect on the soil, but, most often, a weak, insufficient one.

When planting, you need to remember that daylilies do not like if the root collar is deeper than 2 cm.

The pit for planting should be with humus-rich soil. Compost, rotted manure. The daylily builds up a large vegetative mass that needs to be well fed. He is a glutton! I have never met an overfed daylily. Fattening at the expense of flowering? Well, if you imagine an unrealistic picture, when a daylily growing in rich, loamy soil was overlaid with fresh manure, then azophoska was poured, and a solution of chicken manure was also spilled on top … This, perhaps, the daylily will not like.

In the process of growing and caring for daylilies, I feed the grown bushes in early May with nitrogen-containing fertilizer, and at the end of May with complex mineral fertilizer. In August, when flower buds are laid for the next year, it makes sense to feed them with liquid potassium-phosphorus fertilizer.

How to water? It all depends on the weather, on the age of the plant, on the soil. A young delenochka in one fan, just planted in a sunny place and in sandy soil, needs to be watered.

And after sunset, it is better to water a second time. An adult bush, a meter and a half in diameter, sitting in fertile loam, can not be watered even once during the summer! But if you water, then a lot, until the soil is completely saturated with moisture.

And so you have chosen daylily flowers for yourself: planting and care went without complications. However, weather conditions may interfere. Daylilies can be deciduous or evergreen. In our country, of course, after -10 ° C there is no trace of “evergreening”. So why is this important? The issue is wintering. If an ideal winter happened with snow falling on the unfrozen ground in late autumn, and so without thaws, in its turn everything naturally reached April. Ah, dreams! But in reality, when warming up to +7 ° C comes after persistent frosts, evergreen varieties can wake up and start growing. And then again frosts under thirty!

In this case, the flower buds suffer, and the daylily may miss flowering for a year or even two. What to do? I am calm about such weather disasters. Do not cover them, in fact, like roses!

To cut leaves or not to cut?

If cut off, then when – in the fall, or leave for the spring? If your summer season ends in September, and you don’t appear in the garden until May, leave this work for the spring. The fact is that throughout September, and part of October, even deciduous daylilies continue to vegetate. There is a process of photosynthesis, nutrients accumulate. By cutting green leaves, you interrupt this process. It is desirable to remove all the foliage of daylilies in late autumn, when there are frosts and sometimes snow falls. In the spring I don’t have enough time for this work. And one more argument in favor of autumn pruning: daylily leaves remain in the form of a heap in winter. So, inside this heap, the temperature rises to a critical level, and breaking young leaves may suffer from overheating.

Everything but the hill

Daylilies will suit any garden style, regular or natural. Reminiscent of cereals, the leaves of daylilies look good near the water, next to any irises, except bearded ones, with various cereals, such as lightning or reed grass. Daylilies can be grown on the front edge of the mixborder, like baby ‘Stella De Oro’. 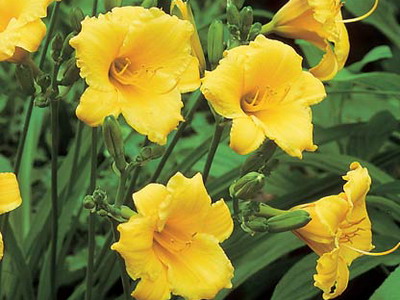 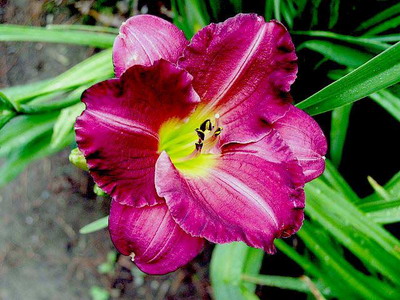 A daylily of medium or high growth can be “pushed” into the second row. Tall varieties are quite suitable for solitary planting. Ate, which is lower, will successfully fulfill the role of an unusual curb along the path. But I do not welcome the recommendations to plant low-growing varieties on an alpine hill: after all, a daylily is a plant that needs rich soil. And on the hill to create such conditions, you see, is difficult. The same applies to planting daylilies in pots or boxes. Daylilies will “eat up” the nutrients very quickly and will starve.

And the rest – no restrictions: create, make the garden the way you personally conceived it!