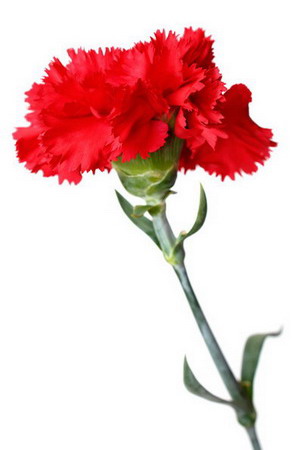 The most common among the various species are: annual; biennial or perennial carnation. Also commonly accepted is the scientific name “Dianthus” given by the Greek botanist Theopharastus, which is derived from two Greek words “dios” meaning the god Zeus and “anthos” meaning flower. Thus, carnation flowers are commonly known under the name “God’s flowers”.

Carnation flower with photo and description

The non-double flowers belonging to the Dutch carnation species (Dianthus caryophyllus) have 5 petals and range in color from white to pink to purple. Carnation species may have double flowers with up to 40 petals. Cultivated in parks, carnations grow up to 6-8.5 cm in diameter. Petals are mostly clawed or zigzag. 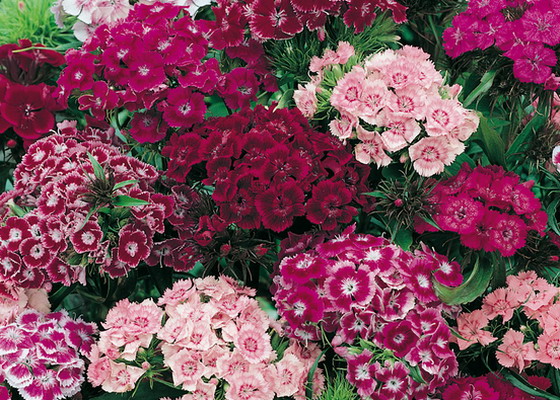 Inflorescences of carnations in the photo

The carnation flower is a bisexual plant and it blooms alone, connected, or in a branched or forked group. Stamens are found in one or two circles, with a different number of petals. The leaves are narrow, their color varies from green to gray-blue or purple. They grow large, in full bloom, on strong, straight trunks.

Varieties of carnation flowers are mainly of three types:

Large with one large flower on the stem. 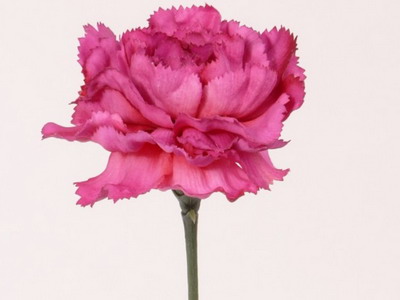 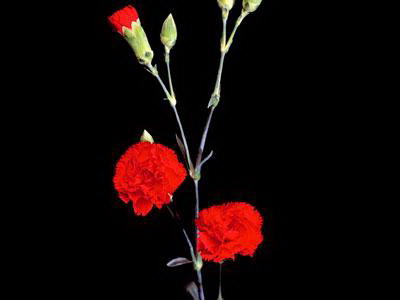 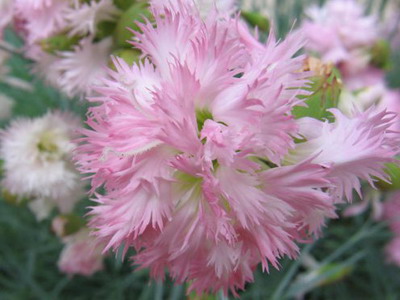 Growing carnations in the garden

Clove cultivation can be done using seeds and cuttings. Carnations easily grow from cuttings around the base of the stalk, side shoots of the stalk in flower, or root shoots before buds appear.

In most cases, root cuttings produce the best plants. Cuttings can be separated from the plant at any time during the fall or winter, buried in sand and planted in a pot. 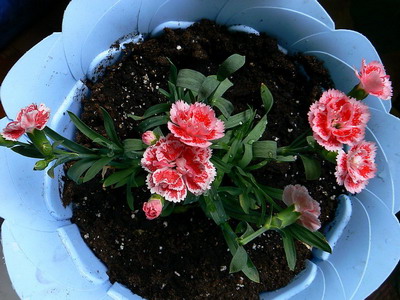 They can be placed in pots before planting in the spring, usually in April, or at another time when the soil is ready for processing. The soil should be deep, loose and loamy.

In the process, while the carnation is growing, caring for the plants comes down to providing the right conditions. Carnations need several hours of sunlight daily and should be kept moist. Avoid over-watering, as this may cause the plant to turn yellow.

Dried flowers must be removed immediately for long-term flowering. 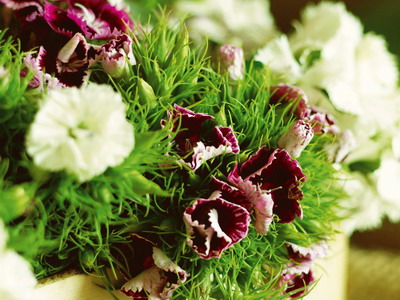 The quality of flowers depends on the soil and aspects of irrigation. Carnation growers should keep in mind the importance of pinching, limiting and trimming excess shoots,

When collecting carnations, leave three to four tops at the base and remove the stem. The plant should not be exposed to direct sunlight or heat from a stove.

After the flowering of the carnation is completed, care will consist in removing the lower leaves (if any), re-cut the stems under water and placing them in a fresh solution with nutrients. 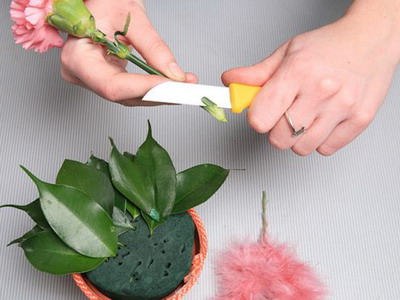 These species almost always respond well to cutting underwater. The symptoms of water stress are often hidden, although the flowers may be damaged. In particular, water exposure conditions may stimulate the earlier generation of ethylene-producing enzymes, which may become more active after rehydration. As a result, ethylene inhibitors (but not synthetic inhibitors) are able to reduce the indirect harmful effects caused by water stress.

Cycloheximide is an antibiotic that acts by inhibiting protein synthesis. The fact is that it prolongs the lifespan of carnations. Unfortunately, it is not available for use in the flower industry and is only mentioned here to encourage anyone to find a similar synthetic inhibitor that could be used by florists and horticulturists.

Ornamental Cycle: Carnations can last 7 to 21 days depending on variety, harvest time, nutrients and/or anti-ethylene agents. Genetically engineered carnations such as Eliat can stand 24-26 days in water without flower dressing or other chemicals.

Carnations are one of the most popular flowers in the world. Due to their long shelf life after being cut, these flowers are common as bouquets pinned to a bodice, and can be found in a wide range of flower arrangements. 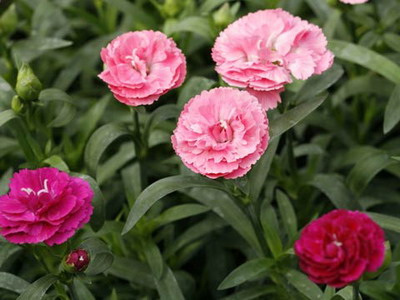 Sometimes splitting of the calyx occurs, this difficulty can be corrected by wrapping the flowers in the budding stage with tape. Pre-harvest factors such as greenhouse cover (glass is better), age of the plant (older is better), season of the year (autumn is the best) can all be decisive for the longevity of the flower after harvest. The greater the dry weight of the stem at the time of harvest, the more durable the flower will be.

These flowers are native to Eurasia.

It is historically established that they were first used in garlands by the Greeks and Romans.

Carnations are exotic to Australia but have been cultivated for the flower market since 1954.

Bouquets are stored for a long time even after cutting. 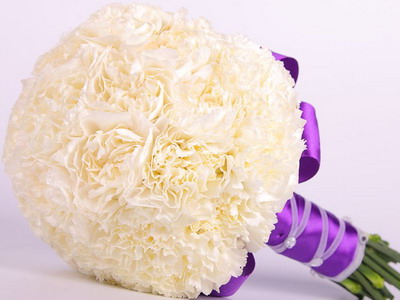 Carnation flowers have become a symbol of motherly love as well as Mother’s Day. Find out why you should choose them for this holiday.

According to Christian legend, carnations first appeared on earth at the time when Jesus was carrying the Cross. They grew up where the tears of the Virgin Mary shed when she wept over the unenviable fate of her son.

In addition to the mass of useful properties, calendula also has...
Read more